Popular APC candidate for House of Reps., Bende Federal Constituency, Chief Benjamin Kalu esq. was yesterday, besieged by the people of Ndukwa Okopedi, Itumbauzo when he visited to attend the funeral service of the late mother of Mr. Samuel Udo.

During the visit Barr. Benjamin Kalu met with Eze Patrick Ojule and the Ndukwa Okopedi Chiefs who he condoled and mourn with for the loss of their loved one.

The traditional ruler and chiefs thanked him for coming, commending him for always supporting and identifying with them. They expressed their appreciation for the fact that he visited on such an occasion as a kin and son of the soil rather than as a campaigning politician.

They assured him of their unwavering support and promised to massively vote for him in the coming elections.

In a moment of celebration of the life of Late Mrs. Udo, Barr. Kalu led the villagers in a celebratory dance and was quickly overwhelmed by an outpouring of villagers who were happy to dance with him.

A man of liberal heart, Barr. Kalu did not leave the event until he had distributed exercise books, almanacs, handwash soaps and other products to the cheering people of Itumbauzo. 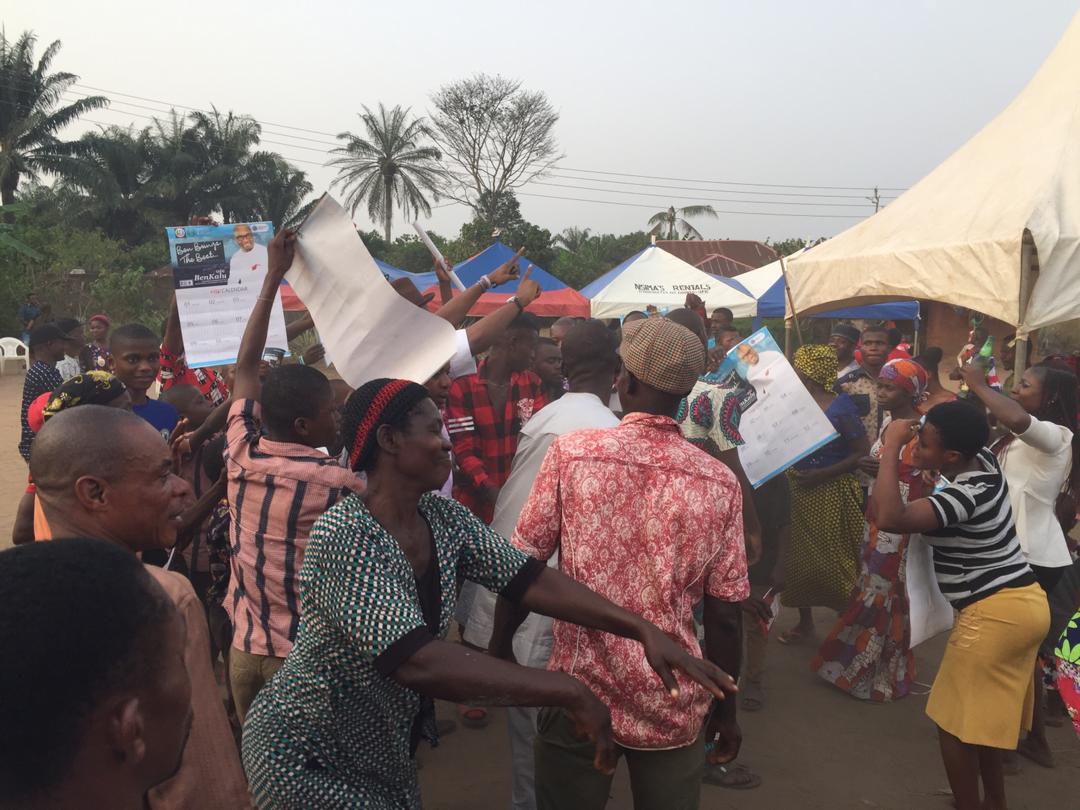 We’ve completed probe Into activities of the NDDC – Reps Spokesperson

The executive should cut cost of governance before National Assembly — Reps spokesperson, Kalu

The Abia State governor, Okezie Ikpeazu had recalled his suspended Chief of Staff, Dr. ACB Agbazuere. Abacityblog.com reported that the...

Despite Getting Less Votes From South-East, Buhari Has Spent N680 billion In The Region – Femi Adesina