Barely 24 hours after assumption of office, Imo State governor, Emeka Ihedioha has commenced the demolition of monuments built by the immediate past governor, Rochas Okorocha as his first action as governor.

Ihedioha was sworn-in as the sixth Executive governor of the state on Wednesday.

The Akachi tower, one of the many tourist attractions built by the former governor is being demolished as at the time of filing this report.

The demolition exercise was supervised by soldiers who barred journalists from covering the exercise.

The Akachi monument was one of the structures commissioned by the Vice President, Yemi Osinbajo barely one week ago.

The monument, a massive tower with the symbol of a hand on the Zenith, representing the hand of God, sits on an expansive plot of land, reserved for religious purposes.

There are fears that the new governor will also demolish other monuments in Owerri, the state capital, especially the famous. 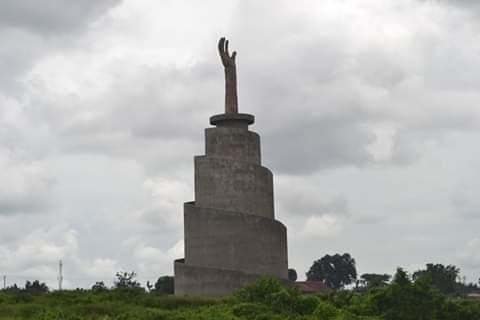 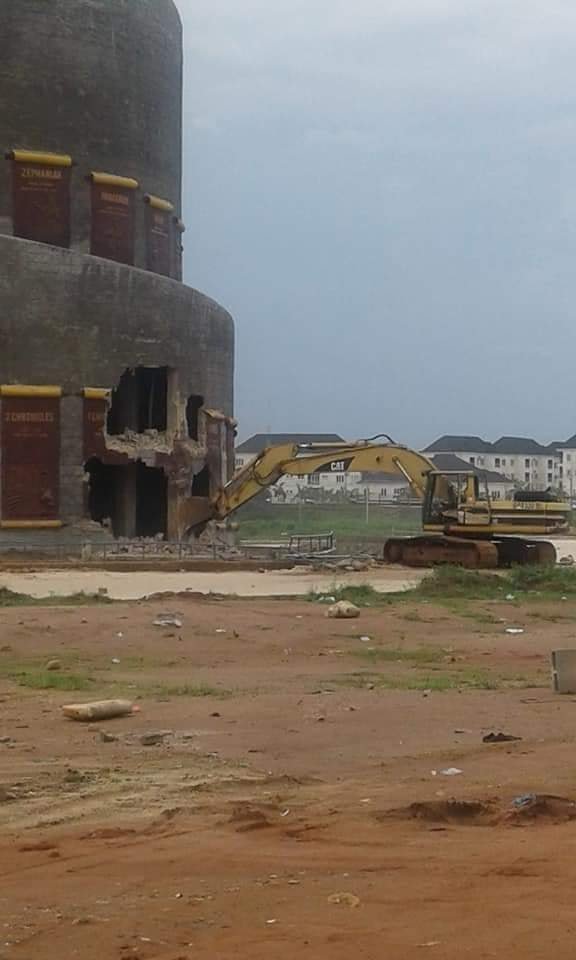 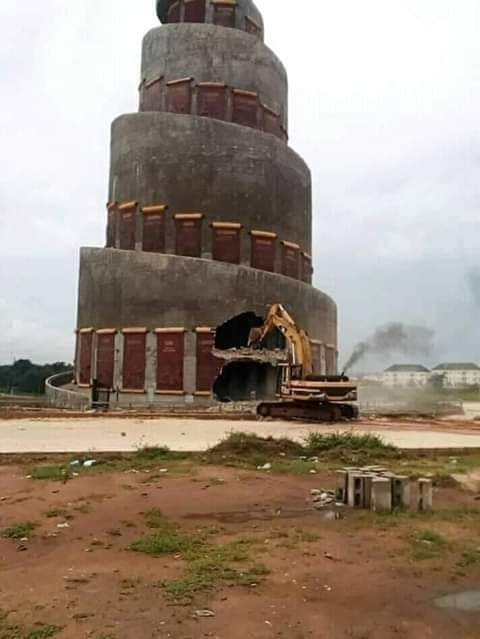 We’ll crush anyone that attempts to attack Imo again — Uzodimma

IPOB Reveals Secrets Behind The Killing Of Their Commander In Imo, Says It Has Replaced New Leader

Be Agents of Harmony and Progress at the LG Councils, Abia Speaker Admonishes ACLON Members

Ikpeazu reacts to burning of Police Station in Aba, vow to fish to out Perpetrators