by URCHDANNY
in Imo State

26
SHARES
115
VIEWS
Share on FacebookShare on TwitterShare on Whatsapp

Few weeks to his visit, president Muhammadu Buhari’s Statue has been unveiled in Imo state.

The president who was scheduled for an official visit to the state on Tuesday 21st had to postpone it because of his trip to Saudi Arabia for lesser Hajj.

Recall that this statue has brought lots of controversy amongst the Imo people.

Critics has lamented that statues was only meant for the dead and asked why erect a statue of an existing president.

Some also said it was a honor to the president. 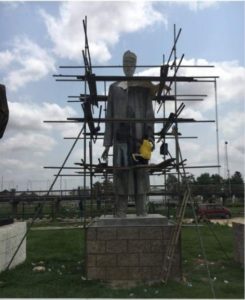 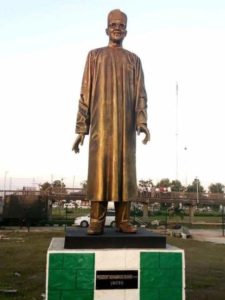 Got Any News Or Advert For Us? WhatsApp https://wa.me/7038111972
Tags: Imo StatePresident Muhammadu BuhariRochas Okorocha
Share10Tweet7Send

VIDEO: Man Runs Mad After Jumping Out Of His Car In Owerri

Nigeria has never been united. It didn’t start under Buhari – Femi Adesina