As the campaigns for the February 16th general elections formally  came to close yesterday the All progressive Congress (APC) candidate for Abia North senatorial zone  and fomer Governor Dr Orji Uzor Kalu hit the streets of ABA in Abia State for an unexpected mobilization street walk.

The former Governor (a.k.a)  “Nwa Aba” as he also fondly called took a long walk on the streets of ABA in his usual manner engaging in various activities to the admiration of the people. 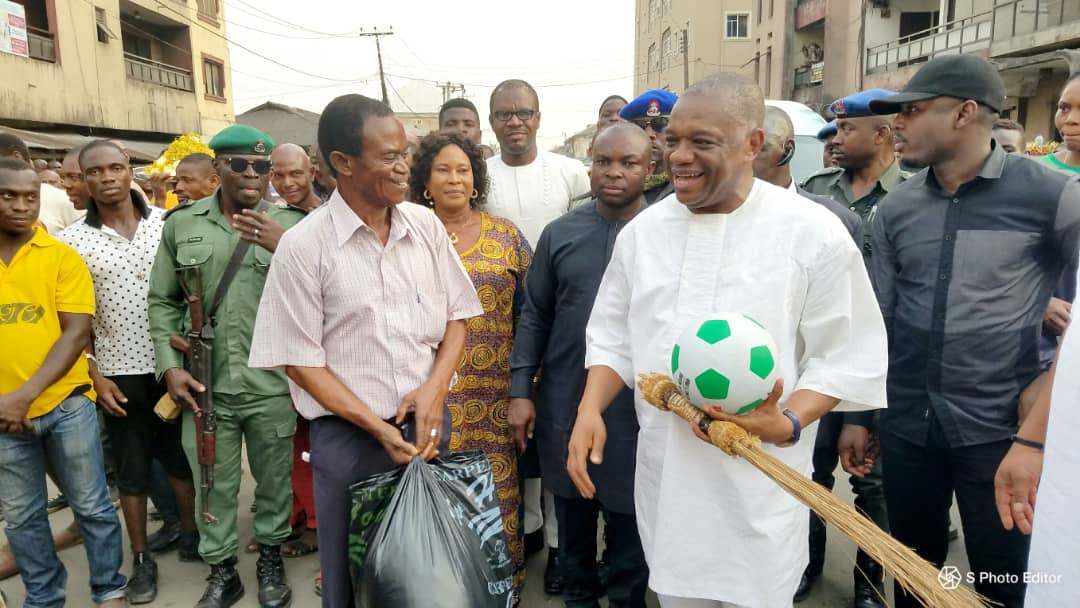 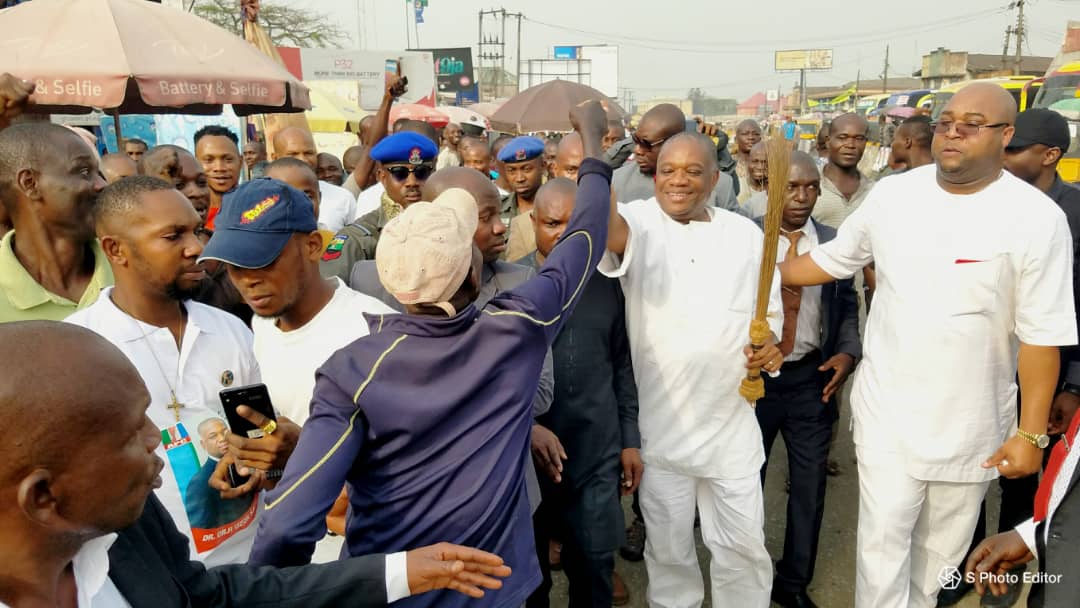 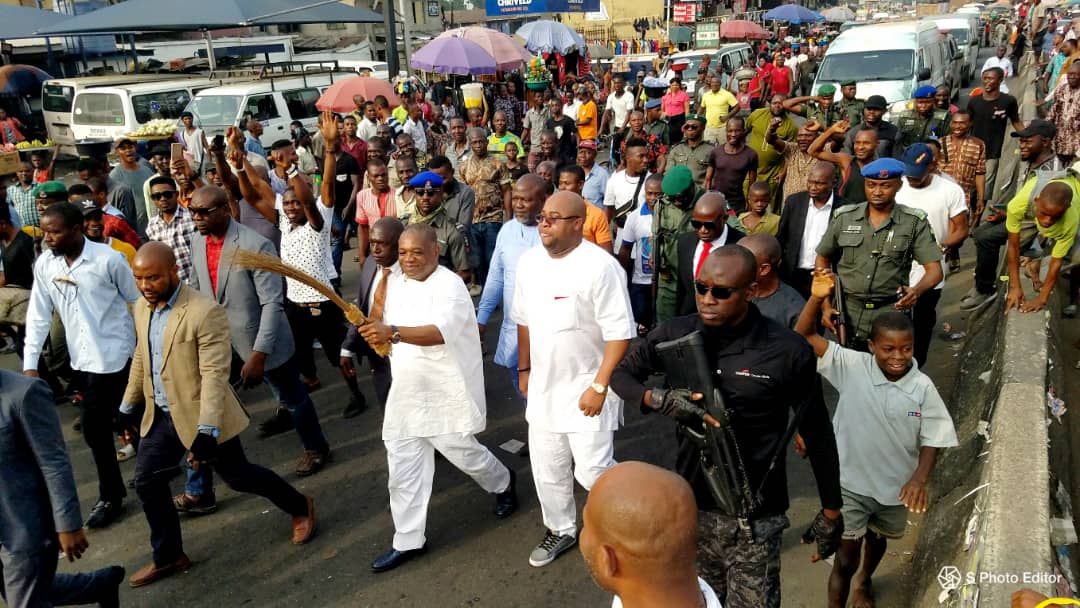 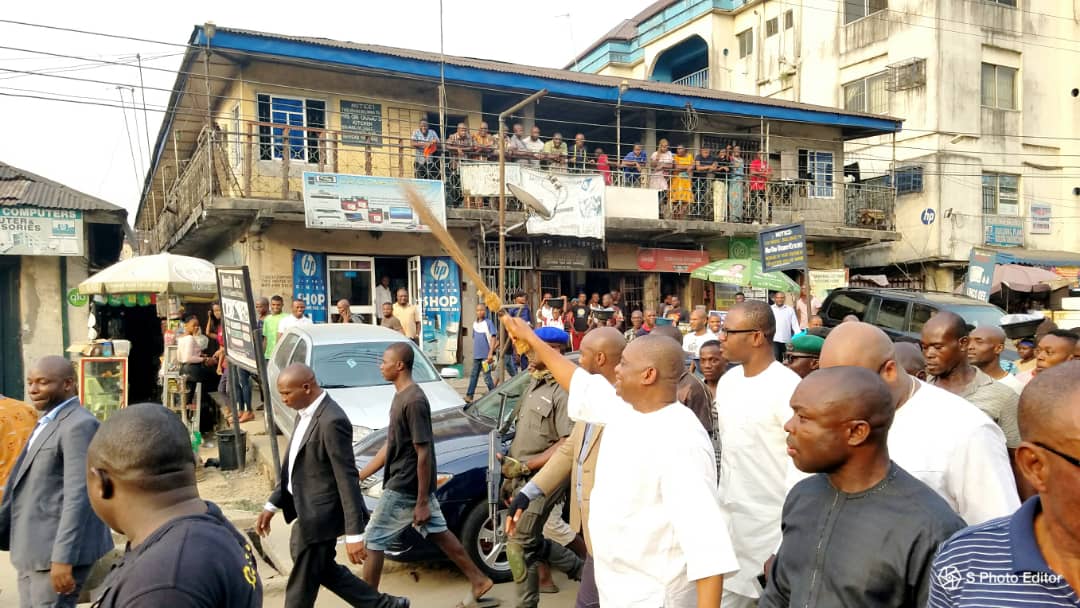 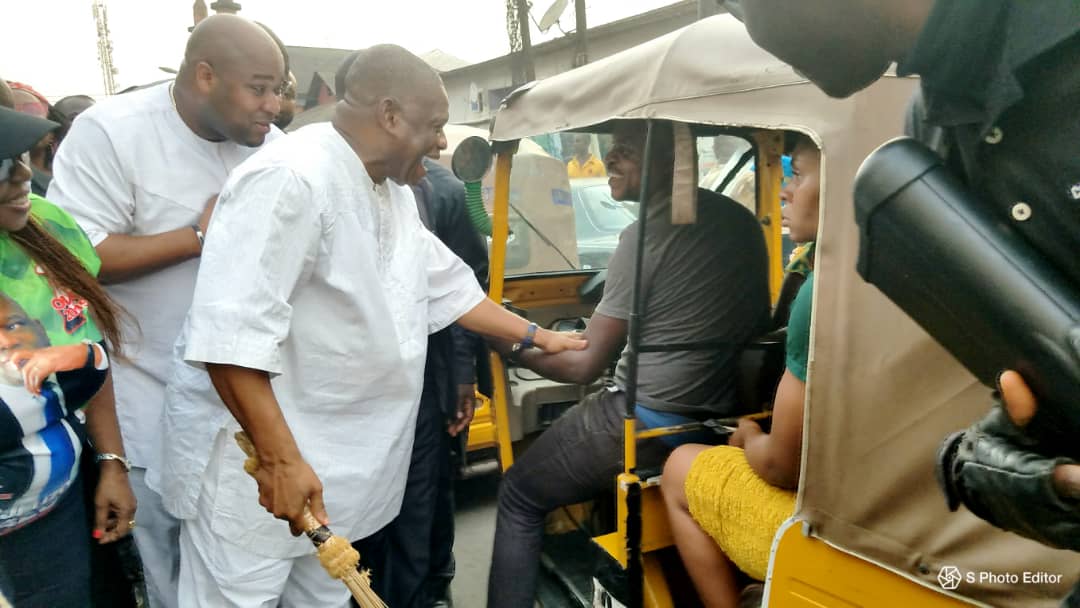 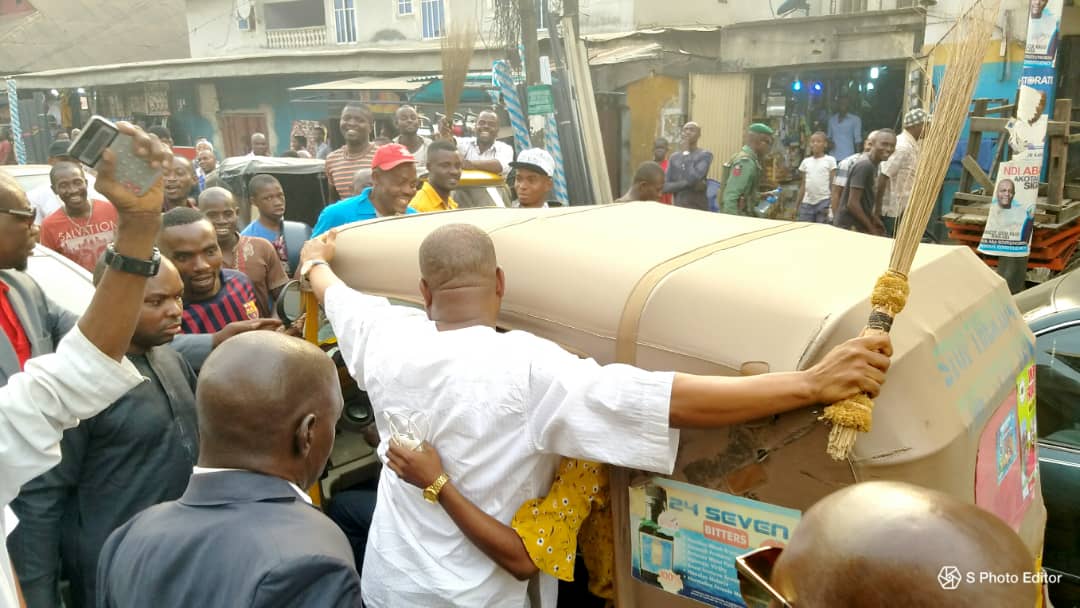 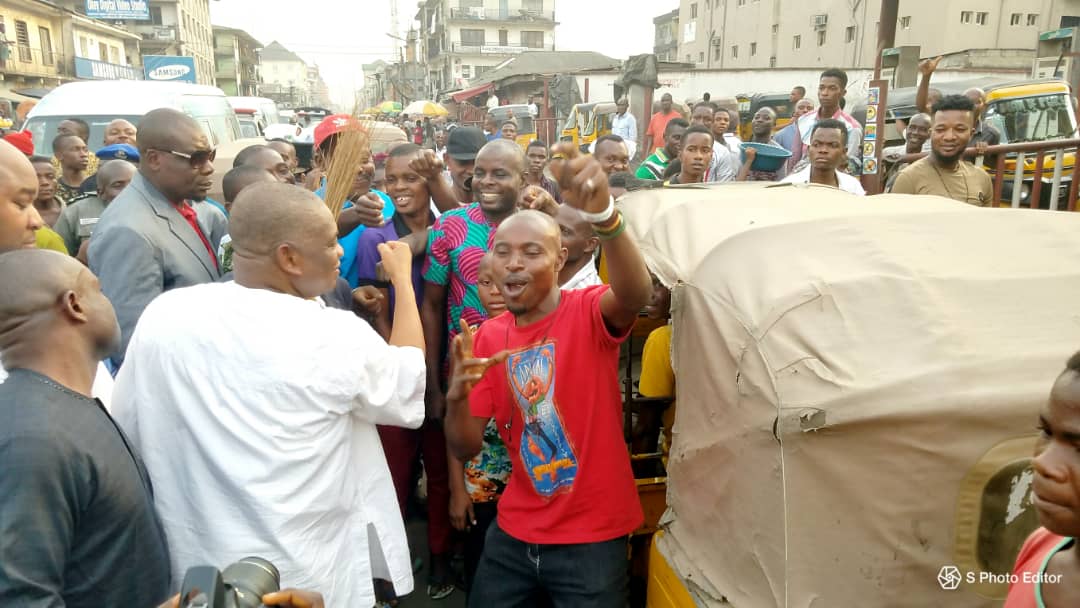 Abia Govt to prosecute developer of collapsed building in Aba