Ogah to Ikpeazu: “No Amount Of Money Will Make Me Abandon My Mandate”

Speaking through a press release on Friday, Ogah described the governorship election that took place on 9th March, 2019 as a charade, insisting that it was marred by what he called unimaginable irregularities.

He further noted that his party, the APC has the final say on whether or not to challenge Ikpeazu’s victory in court, expressing optimism that he will get justice.

Below is the press release in soft copy. 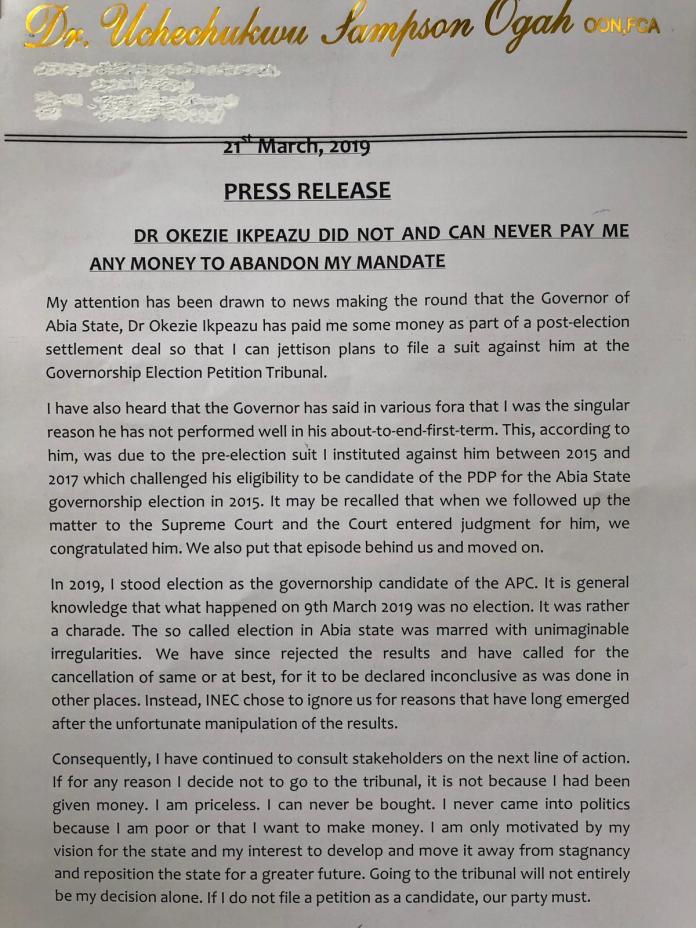 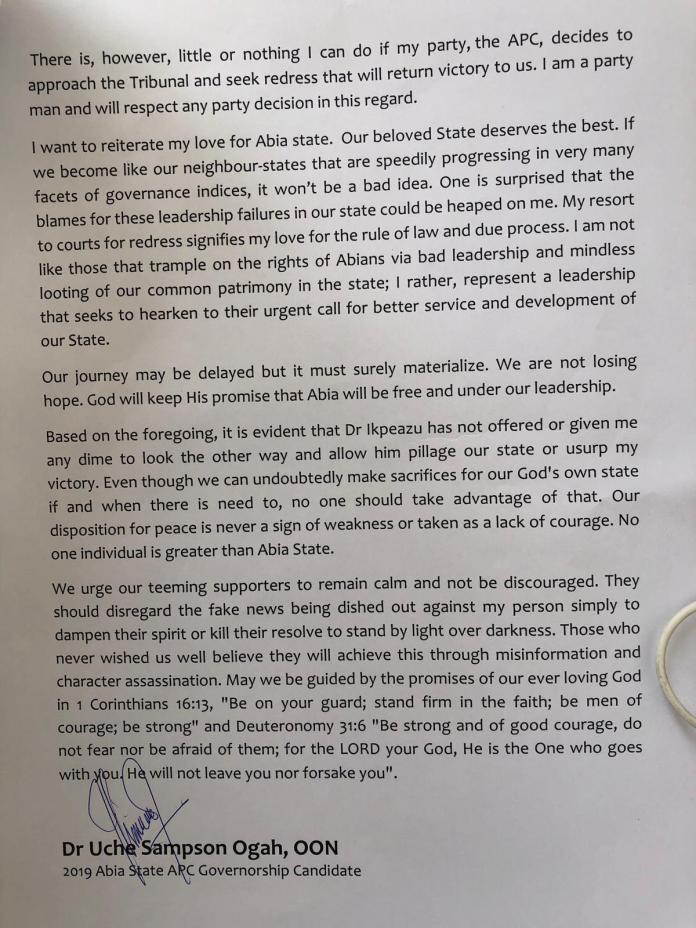 For your own safety, cancel the planned Protest – Ikpeazu tells Group

Abia: Lawmakers will not be Distracted by Malicious Propaganda – Group

Got Any News Or Advert For Us? Email us: [email protected]abacityblog.com WhatsApp https://wa.me/2347038111972
Tags: Abia StateIkpeazuOkezie IkpeazuUche Ogah
Share13Tweet8Send
Next Post

JUST IN: No Casualties Reported As Another Building Collapse In lagos