25
SHARES
110
VIEWS
Share on FacebookShare on TwitterShare on Whatsapp

With less than 48 hours to the inauguration of the Ninth National Assembly scheduled to hold on June 11th, a group of Southwest Igbo Students under the progressive South West Federation of Igbo Students(PSW-FIS)which comprises of Southeastern Students drawn from various Southwest tertiary institutions have endorsed Abia-North Senator (elect) Dr. Orji Uzo Kalu emerge as the deputy senate president.

The group rising from its monthly congress which was held on Sunday June 9th, in the prestigous Obafemi Awolowo University Ile-Ife , described Dr. Kalu as an exemplary individual ordained by God.

According to a statement issued by the group coordinator comrade Chineke Justus on Sunday,Dr. Kalu was capable of running all inclusive system of senate leadership irrespective of the different party affiliations in the chamber and therefore called on other senators to support Dr.Kalu’s victory.

“In anticipation of the incoming 9th assembly inauguration of the Nigerian senate, the progressive south west federation of Igbo students(PSW-FIS) has deemed it fit to throw her weight behind the Senator elect representing Abia north senatorial zone, Dr. Orji Uzo Kalu for the office of the deputy senate president of federal republic of Nigeria in the 9th assembly. 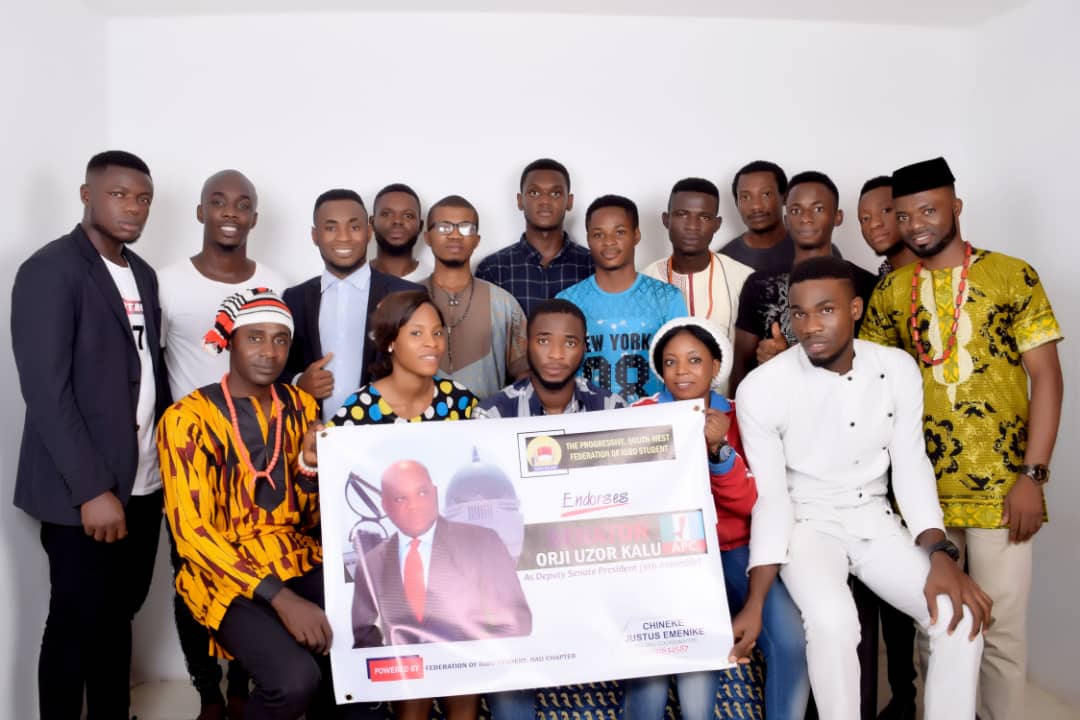 “His coming into the hallowed chamber at this point in time could be described as timely and Godly ordained. It is a time when Nigeria is in dire need of a leader of his exemplified self.

“The present day Nigeria does not need anything less than a man who is a democrat and who would uphold with sacrosanctity the mandate vested on him by the masses and discharges his constitutional responsibilities without any fear or favour.

“Nigeria, at this time needs a man who is capable of running all inclusive system of senate leadership irrespective of the different party affiliations in the chamber. A man who could tame and douse the qualms and ethnic tensions through his dexterous style of leadership. 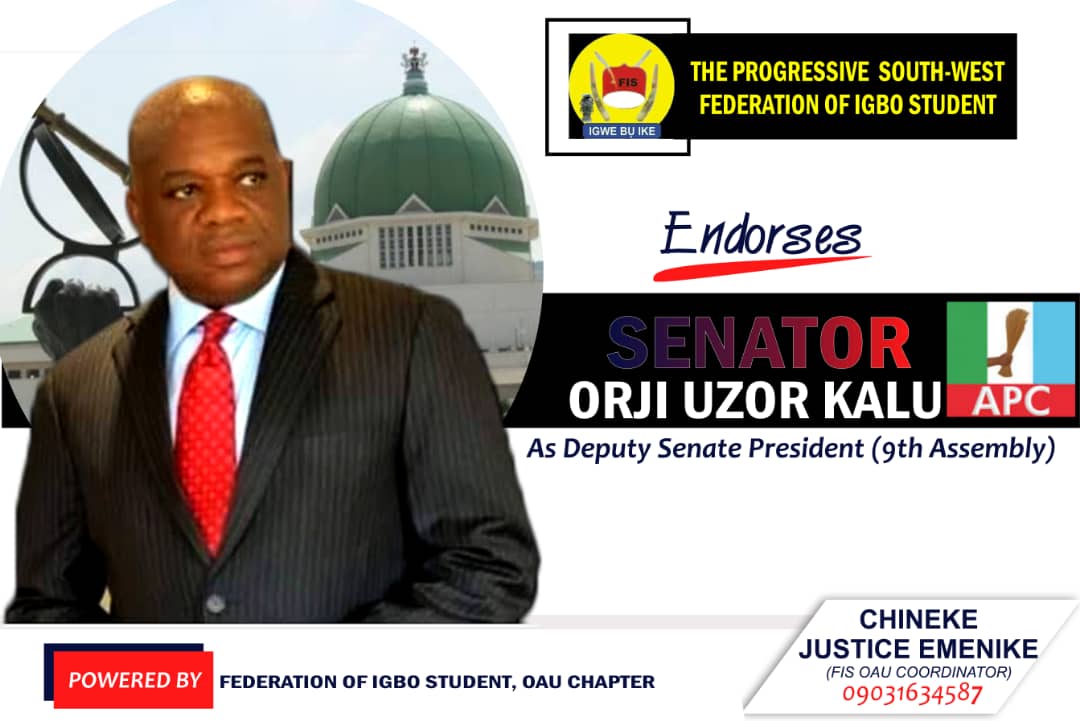 “This man is no other person than Dr. Orji Uzo Kalu who has long proven his candidature as the right man for the seat as a former governor of Abia state whose outstanding achievements in the state and beyond speak volumes till date.

“As we all know that the role of the senate in entrenching democracy is phenomenal to the survival of Nigeria as a multiethnic country, we must not allow such delicate position in the hands of men who would turn it round for their own self political gains and aggrandisement which will consequently deepen the rife and political instability already heating up the polity of the country.

“Above all, Dr. Orji Uzo Kalu is a man of integrity and a passionate leader whose love for youth empowerment and, the development of this country is immeasurable going by his antecedents. On this note, the above mentioned association has decided to pitch her tent with the senator in pursuit of the senate leadership. We therefore employ other well meaning Nigerians to do same so that we can have the Nigeria of our dream.

Okorocha: Ihedioha is just playing around, he has not started Governing Imo State