Lady claims Singer Flavour is the father of her daughter, says she is ready for DNA test

“I was once married, got divorced after 2 years” – Don Jazzy shares throwback photo

Actress Queeneth Agbor speaks on having sex in public, shares sultry photos on her birthday

Meet 7 Popular Nigerian Male Celebrities Who Do not Smoke

A 33-yrs old Lady, Juliet Oluchi Ehiemere, who hails from Abia State, have accused Nigerian popular highlife singer, Flavour (aka Ijele of Africa) of being the father of her 3yrs old daughter.

Oluchi who said she is ready for DNA test if the need arises said she met Flavour sometime in 2015 and took in for him.

The Lady made the claim on her Instagram handle, while sharing the picture of herself and the 3 years old girl, she wrote… 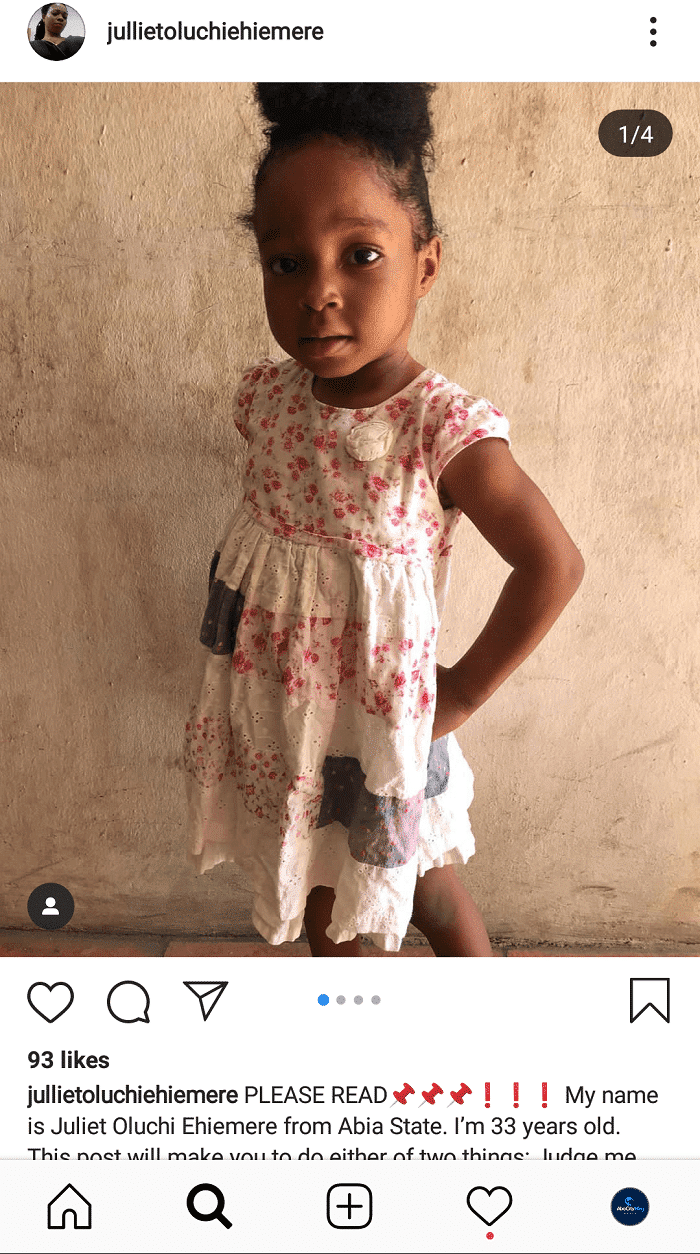 “My name is Juliet Oluchi Ehiemere from Abia State. I’m 33 years old. This post will make you to do either of two things: Judge me and call me names or support me in getting justice for my daughter. I sincerely hope you do the latter.

“The picture you see above is the picture of my 3 years and 4 months old daughter, Stephanie Chidinma Chinedu Okoli whom I bore for Chinedu Okoli popularly known as FLAVOUR @2niteflavour I met Flavour sometime in 2015 and took in for him. Ever since, I have made attempts to contact him but he has since then ignored me. I am not another gold digger.

“All I want is for Flavour to take care of his daughter. I have reported the matter to the office of the Public Defender (OPD), Lagos State. FLAVOUR should come out for a DNA TEST. He should do the needful. If the DNA Test shows he’s not the Father, I’m ready to pay for the penalties. For me to take this stand, that should tell everyone that I know what I’m saying.

“The pain and suffering is too much to bear and I am done keeping silent. My daughter and I can’t keep suffering this way.

Please help me repost my story until Flavour sees this.

Got Any News Or Advert For Us? Email us: [email protected] WhatsApp https://wa.me/2347038111972
Tags: FlavourJuliet Oluchi EhiemereNigerian Celebrities
Share21Tweet13Send
Next Post

"There is nothing like IPOB, MASSOB in Ebonyi" - State govt declares

Apply HERE: GREAT Scholarships Offers Students From These 5 Countries To Study In UK

PH Residents Panic Over Serial Killer Of Ladies In The City