Beyoncé Shares Tracklist For “The Lion King: The Gift“

by Abacity Admin
in Music

25
SHARES
108
VIEWS
Share on FacebookShare on TwitterShare on Whatsapp

As the official Lion King movie soundtrack was released last week. One of the movie co-stars Beyoncé has taken today to unveil the cover and track list for her compilation project – “The Lion King: The Gift.” Excusive produced by Bey, the album serves as a “love letter to Africa.”

“This soundtrack is a love letter to Africa and I wanted to make sure we found the best talent from Africa, and not just use some of the sounds and did my interpretation of it,” the singer told ABC News. “I wanted it to be authentic to what is beautiful about the music in Africa,” she added “I wanted to put everyone on their own journey to link the storyline.

“Each song was written to reflect the film’s storytelling that gives the listener a chance to imagine their own imagery, while listening to a new contemporary interpretation.

“It was important that the music was not only performed by the most interesting and talented artists but also produced by the best African producers. Authenticity and heart were important to me.”

With the album arriving July 19th, Bey pulled another surprised her fans as she announced the official video for “Spirit” will premiere on ABC tonight during the Lion King 20/20 special hosted by Robin Roberts.

Check out the official tracklist below. 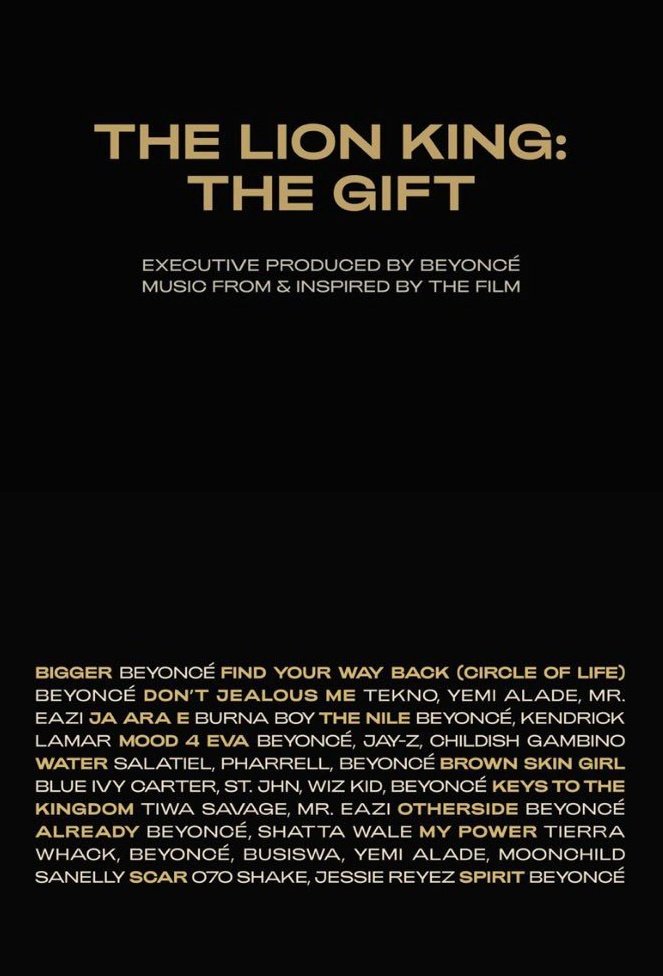 Got Any News Or Advert For Us? WhatsApp https://wa.me/7038111972
Tags: Beyoncé Shares Tracklist For “The Lion King: The Gift“
Share10Tweet6Send

VIDEO: Enugu Youths Chase Out Fulani Herdsmen and Their Cows Back To North