This is to notify the general public that Abacity Blog Media, a leading news platform in the city of Aba, Abia State, Nigeria and beyond, has tendered an apology letter to the Abia State government.

The letter became necessary following a publication made on “March 24th” and “March 25th”; titled; ‘They threatened to cease our cert if we protest over our unpaid allowances by Abia INEC’ and ‘NYSC Adhoc staffs in ABIA Cries Out over Unpaid presidential, Gubernatorial Election Allowance’.

The story, indicted the Abia State government on allowances being owed to the NYSC members served as INEC Ad-hoc staffs in the state during the 2019 governorship and general elections.

The publication, done by one of our editors was called up to the attention of the management of the platform, which has been addressed. It’s also, therefore, noted that the publication was never a “Fake Information” but was wrongly placed on the state government.

We, therefore, tendered a public apology, and asking the general public to keep having strongly believed in our publication despite the mistake that has already been made. We are bound to continue in dispensing investigative information, not minding whose ox is gored.

While we believe in the development of Abia State, Abacitylog, founded since 2014, will continue working together with the state government and contribute our quota through proper and investigative journalism. 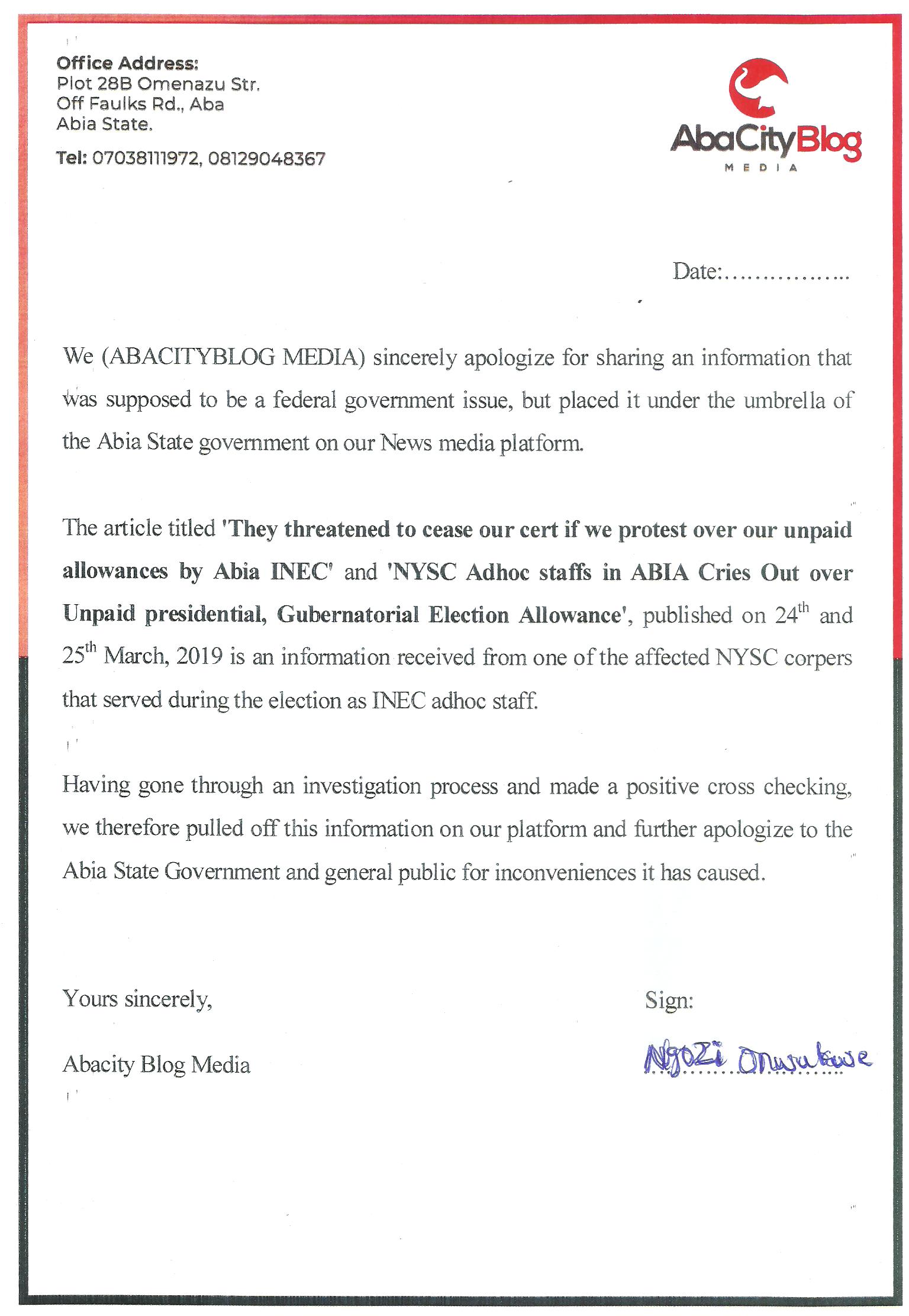 Communiqué By National Executive Working Committee Of Ohanaeze Youth Council (Oyc) On The Emergence Of Prof. George Obiozor As The...

Attack on Anambra Police Station: IPOB speaks on suspect being their members

I’ll Live Above 100 Years, after that God can call me to Heaven – Says Obasanjo

No Need For Observing Social Distance In Airplane, Its Hygienic Enough – Says Min of Aviation