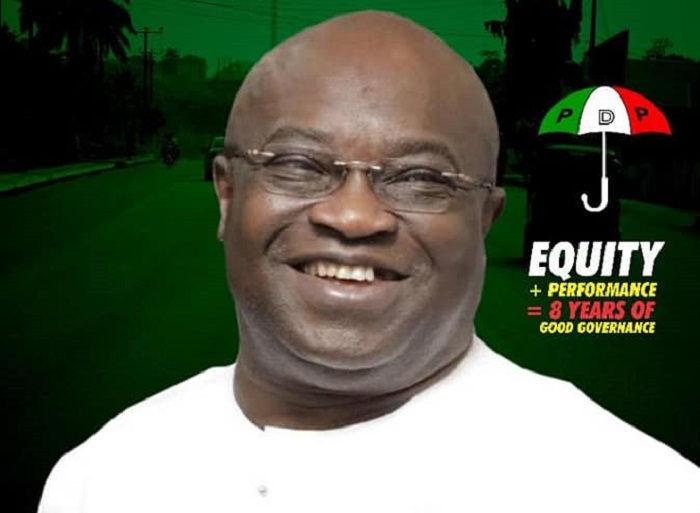 That’s the one pillar the Abia State’s PDP governorship candidate and his supporters rely on for the 2019 general elections. The governor in several occasions has stated the need for equity and how it stands as the foundation laid by our founding fathers of the state.

This is indeed valid and worthy of being upheld but lacks the justification needed to give mandates to aspiring governorship candidates. Should equity be promoted while our virtues and developments wallow? Should equity be placed ahead of character and integrity?

In 2015 Gov. Okezie Ikpeazu gave Abians a huge list of promises that have failed to see the lime light. Integrity as we all know includes keeping to promises. The governor has in several sectors of his government failed to redeem those promises thereby questioning his character and integrity. Even though both PDP and other political parties are fund if politicizing everything for selfish reasons, a non-partisan patriot still knows that no worker would have been complaining in Abia State if they ain’t owed. Else, Anambra workers should have complained under Peter Obi or even questioned it today if he wasn’t paying them then and kept bragging of paying salaries.

The governor has also failed to redeem his infrastructural promises. He has further worsened the public view of his character by rebuilding roads in numbers and not in a scale of importance. Even with a higher allocation as compared to Ebonyi state, the sister state has achieved more in terms of Infrastructure as compared to Gov. Ikpeazu’s led administration.

With limited funds and resources available, rebuilding one major roads (in teems of value) would have served the course than rebuilding thirty (30) minor roads. The rehabilitation of Aba-Ikot Ekpene road despite being a federal road would have been better to the three (3) minor roads claimed to have been rebuild by Okezie Ikpeazu to link Akwaibom to Aba.

With a nonpartisan, selfless and patriotic sense of judgement, its an inarguable fact that equity has failed to reproduce tangible results to directly or indirectly affect the lives of Abians.

How then do we entrust the state to Gov. Ikpeazu for a second tenure when we have witnessed his promises fade away? Do we rely on equity and be stagnant? Do we disagree with founding fathers and dispose equity? Do we replace Okezie Ikpeazu with another candidate from Abia South and give respect equity? Or do we take the risk of giving the governor a second chance hoping his government will get better?

These are the BIG QUESTIONS…

Op-Ed: Words and expression used in this article are solely that of the author and does not represent the opinion policy of ABACITYBLOG.COM