by Ngozi Blessed
in Aba News
0

21
SHARES
110
VIEWS
Share on FacebookShare on TwitterShare on Whatsapp

A certified true copies of the 3-count charge of fraud and forgery against Mr. Chima Anyaso currently at the Federal High Court, Ikoyi (suit number FHC/L/332C/18), has surfaced online.

According to the action which was filed by the Attorney General of the Federation, Chima Anyaso, in 2011, forged Total Nigeria PLC’s letterhead, using it to fake a Letter of Offer for Sale of 15,000MT of Aviation Turbine Kerosene (ATK).

He also faked a letter titled RE: PAYMENT OF SUPPLY OF 15,000MT OF AVIATION TURBINE KEROSENE (ATK) REF AAC/CSO/OPS REF NO: FEB/yjo.FIN.22.11 dated February 22, 2011 all complete with forged signatures.

He went ahead to use these documents to obtain a credit facility of N2.1bn. 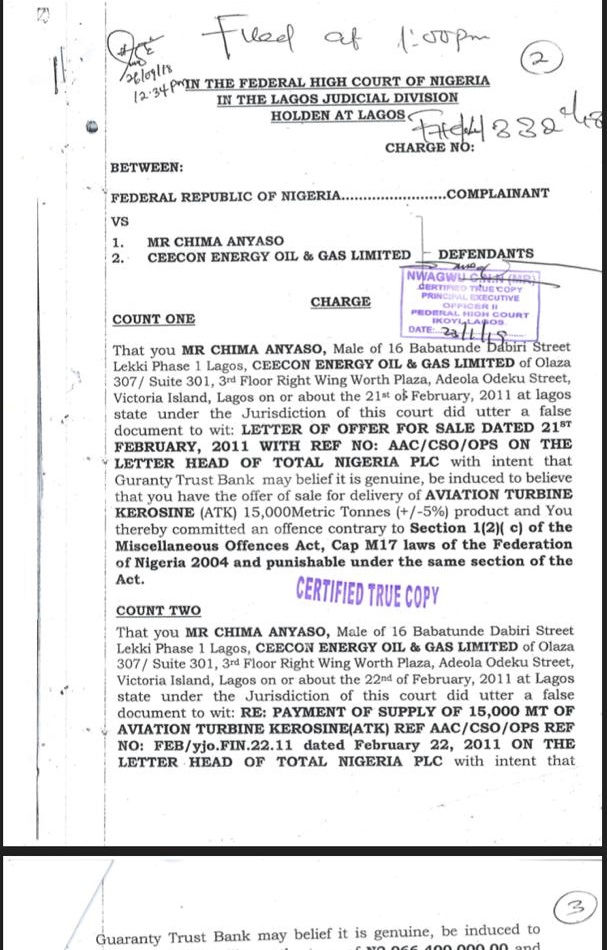 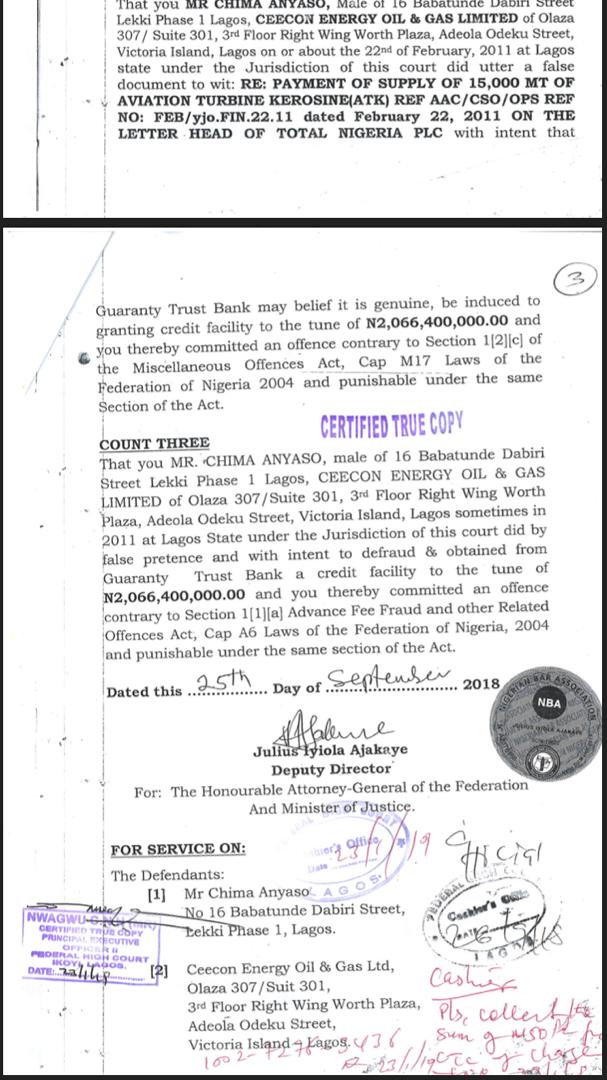 Police Attached To Crunchies Kill One Revenue Official In Aba, Others Injured [PHOTO]