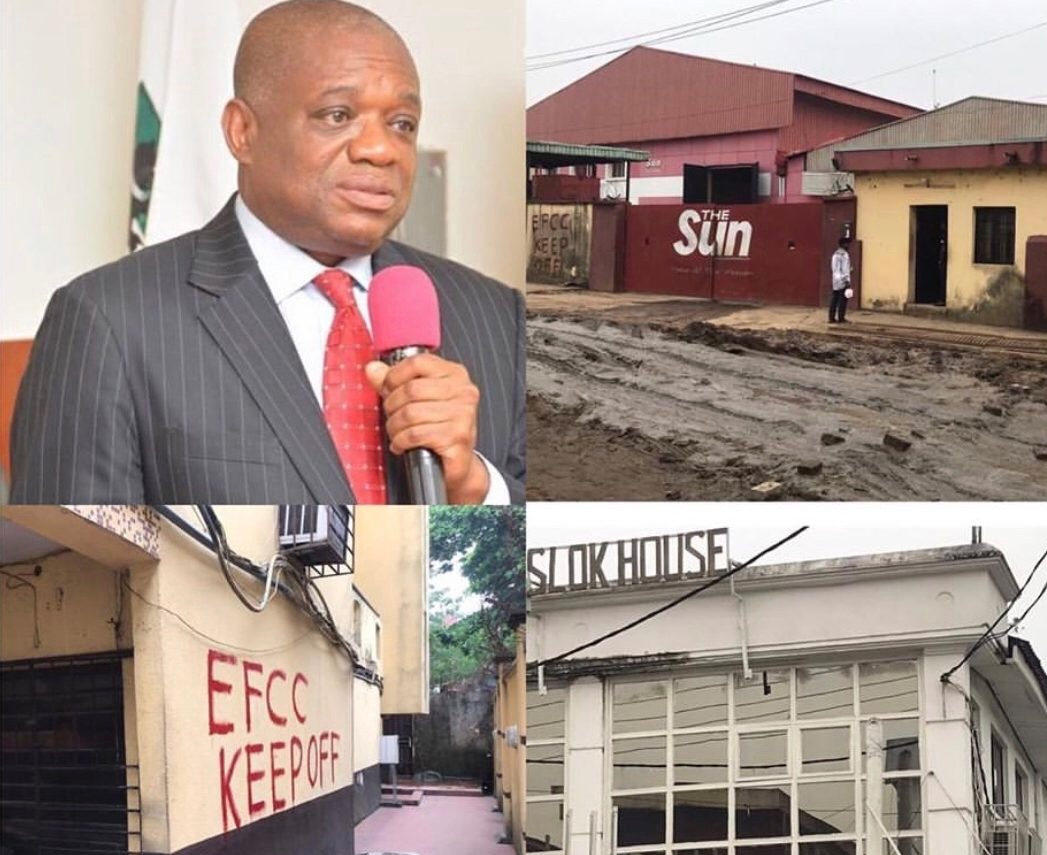 The Economic and Financial Crimes Commission (EFCC) has intensified plot to take over The Sun newspapers.

Sources close to EFCC said the move is in connection with the sentencing of former governor of Abia State and Senate Chief Whip, Dr. Orji Uzor Kalu, two months ago over alleged corruption charges brought against him by EFCC alongside Slok Nigeria Limited and ex-director of finance in Abia State, Ezeogo Udeogu even though The Sun was not mentioned in the judgment.

A visit to the three printing presses of The Sun in Abuja, Lagos and Aba, in Abia State, showed that the EFCC has stationed two armed policemen each.

We gathered that the policemen, who are permanently stationed in the three locations, arrived a week ago, saying they were sent to ensure that assets of the company are not sold or taken away. Since they arrived, staff of the newspaper company have been terrified.

We further gathered that the dispatch of the policemen is the first move of the EFCC chairman, Ibrahim Magu, to take over The Sun even when Kalu, Slok Nigeria Limited and Elder Udeogu have appealed the judgment of Justice Mohammed Idris of the Federal High Court, Lagos.

Kalu and others are challenging the judgment and want the Appeal Court to set it aside. The appeal came up for hearing on Januray 23 but was adjourned.

Sources close to EFCC said Magu’s ultimate plan is to either shut the newspaper company or replace the management despite advises to wait untill the case is concluded at the Supreme Court.

It was learnt that the EFCC chairman has been consulting on how to take over The Sun, boasting that there is no need waiting for the appealate and Supreme Court to adjudicate on the Kalu appeal, as “no court will set aside what the High Court has delivered.”

Sources close to Magu revealed that he wants to remove the management of The Sun as vendetta for publishing a report against him in the past.

Also, his plan is to nuetralise the South East voice in the newspaper industry, which he believes The Sun represents.

Competent sources revealed that the EFCC is already contacting people to be appointed to take over management of The Sun despite not getting approval from the Presidency to do so.