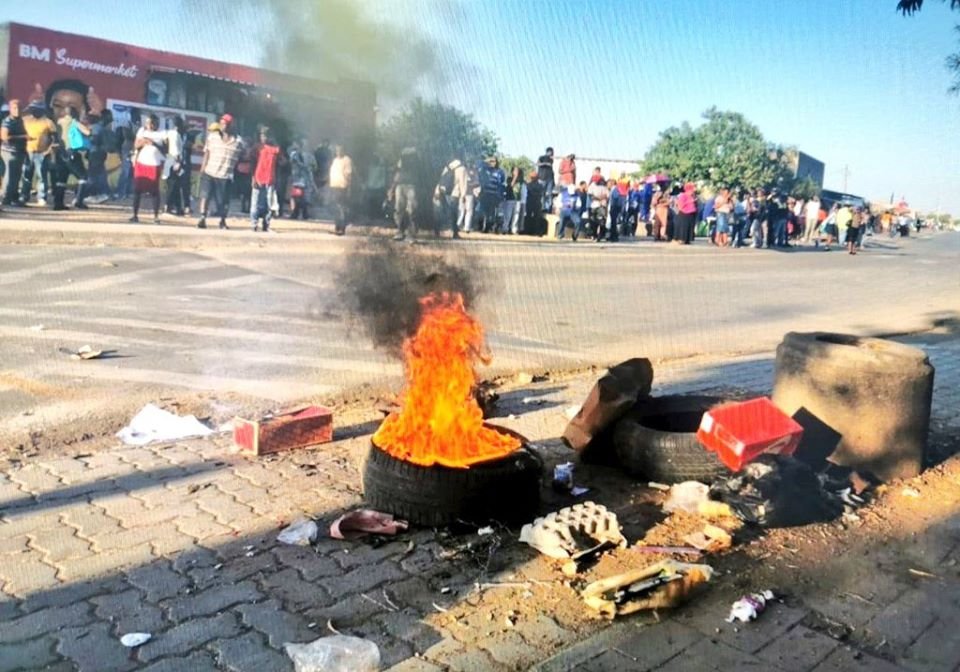 According to him, a message circulated by residents of the area on Wednesday called for a total shutdown beginning from 4 am, Thursday, January 23, and directed each extension to organise itself to main roads.

The ‘no movement’ message had a further directive that all things will remain at a standstill until the Minister of Police, Bheki Cele, addressed residents of the area.

The residents, in the message, demanded that the law enforcement agencies must come down to Diepsloot and close everything which was illegal and remove all undocumented foreign nationals in Diepsloot.

“When we fight, we fight together with our kids,” the message read.

Olubajo added that the angry residents of the area began burning tyres and chanting songs, saying that foreigners living in the area must leave immediately.

Olubajo, however, said normalcy was restored temporarily in the area following the intervention of the South African police, adding that violence erupted again in the morning.

“The community members want undocumented foreigners to leave the area. They accused foreign nationals of criminal activities and killing of a senior police officer,” he said.

“Our public relations team has issued a security alert to Nigerians to stay away from the area until the area is safe for foreign nationals. Though there is a heavy police presence in the area, the local residents are not backing down in their demand. The area is still very tensed and not safe for foreign nationals. We call on our nationals to exercise caution and avoid the affected areas.”

While saying that there was no death recorded in the area, Olubajo commended the South African police for their intervention, even as he said more intervention was needed to avoid casualties.

“For now, there is no record of death. We commend the intervention of the members of South Africa Police yesterday evening, but more still needs to be done to avoid casualties,” Olubajo further said.

When contacted, the Consul General of Nigeria in Johannesburg, Godwin Adama, said although there were issues in the area, he was yet to get the details of the situation.

Adama made clear, however, that “there are no Nigerians living in the area.”