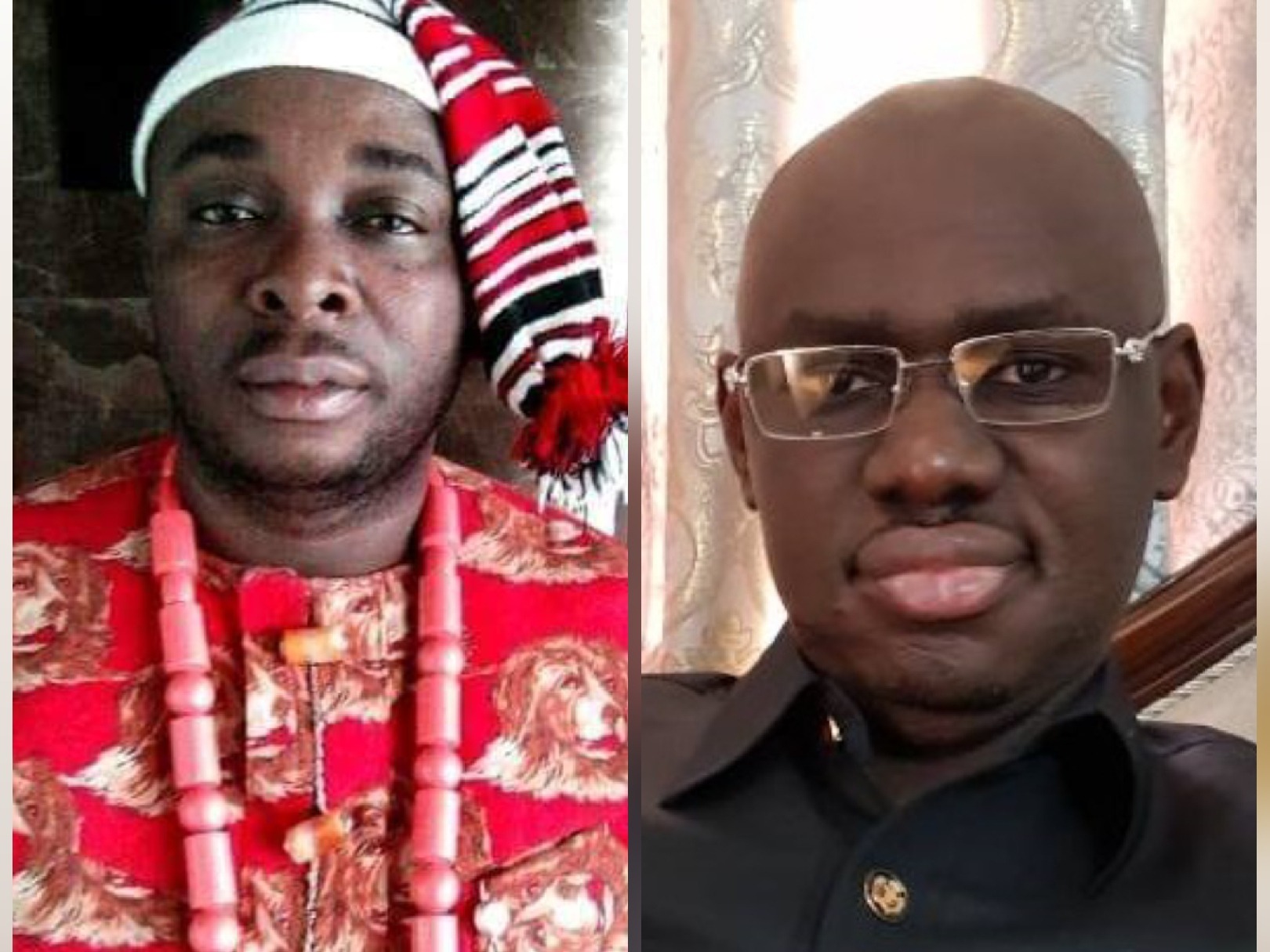 Ohanaeze Ndigbo to Timi Frank: Stop disparaging Gov Ikpeazu else we will expose you

The group made its position known in a statement issued in Enugu on Monday by the President General, Mazi Okechukwu Isiguzoro, following the recent media attacks against Governor Ikpeazu by the former Deputy Publicity Secretary of APC, Timi Frank, who accused the Governor of hobnobbing with President Buhari and APC by accepting to travel with the President to the ongoing UK-Africa Investment Forum holding in London.

“Members of Ohanaeze Ndigbo Youth Council (Worldwide) consider the sponsored attack against Governor Okezie Ikpeazu by one Timi Frank as part of an ongoing orchestrated attacks against Ndigbo and her leaders, and in due course will make public those behind the attacks who are merely hiding under the identities of willing but gullible tools like Timi Frank to orchestrate their ignominious mission.

“It is important to note that even while the kinsman of Timi Frank was President of Nigeria he attended foreign engagements with Governors from opposition parties including those of the APC without anyone making allegations of anti-party activities against such Governors. In one particular instance in 2014, the then President traveled with Governor Kashim Shettima of Borno State, who was and is still an APC leader, to an economic summit in London. We are also aware that this is not the first time President Buhari would be traveling with Governors from opposition parties including Governor Dave Umahi of Ebonyi State and Willie Obiano of Anambra State, who are of PDP and APGA respectively. These trips are usually prescheduled and there was no way Governor Okezie Ikpeazu would have known that the Supreme Court would rule against Emeka Ihedioha before accepting the invitation of the Presidency. Moreover, when previous Supreme Court rulings favored the opposition PDP as was the case in Zamfara and Rivers States, nobody demonstrated.

RELATED POST:   Group warns against protests in Umuahia and Abuja against Orji and son

“Obviously, Timi and his sponsors are hell bent on their mission of mischief, hence, his isolation of the presidential result from Abia while ignoring the fact that, as incumbent President, Buhari made inroads in 2019 across all the South East States (and not just Abia) compared to 2015 results. The result from Abia mirrors that of other South East States and if Timi was looking for who to accuse he should have started with his home state of Bayelsa where APC also made inroads and recently won a Governorship election even when the former President of Nigeria and other political heavy weights of PDP are from there.

“Timi was certainly not seen at any polling unit in Bayelsa during the Presidential election even after allegedly swindling former Vice President Atiku Abubakar of millions of naira. He therefore lacks any moral right to apportion blames.

“It is unfortunate and laughable that Timi Frank still believes that a Governor can decide who to allocate votes to in a democratic election where hundreds of thousands of citizens turned up to express their electoral choice. If the self styled political activist had any active brain cell remaining he should have asked himself why Governor Ikpeazu did not also allocate same number of votes to himself during the Governorship election that he even polled less votes than the figures bandied by Timi for the 2019 Presidential election in a fierce three way contest that he won by landslide margins.

“Political observers would have noticed that even the recent PDP directed protests never held in Timi’s home state and that of his known sponsors whereas thousands of Abians marched in Umuahia to show solidarity with Emeka Ihedioha that Timi alleged was sold out by Governor ikpeazu.

“Ohanaeze youths fully back the efforts of Governor Ikpeazu to rapidly develop Abia State through partnership and collaboration with critical stakeholders including the President and the Federal Government His drive to establish the Enyimba Economic City is unarguably the greatest trans-generational effort made to change the economic fortunes of post-civil war Igboland. We urge him to remain focused and not succumb to the irritable antics of cheap political jobbers and their sponsors who are determined to subject Ndigbo to perpetual economic underdevelopment.

“This will be our last warning to Timi Frank and his sponsors as we are ready to expose them to the world if they dare disparage Governor Okezie Ikpeazu again. We have very damning and damaging dossier of Timi and his sponsors and will not hesitate to bring them to full public glare and knowledge if dared any further.