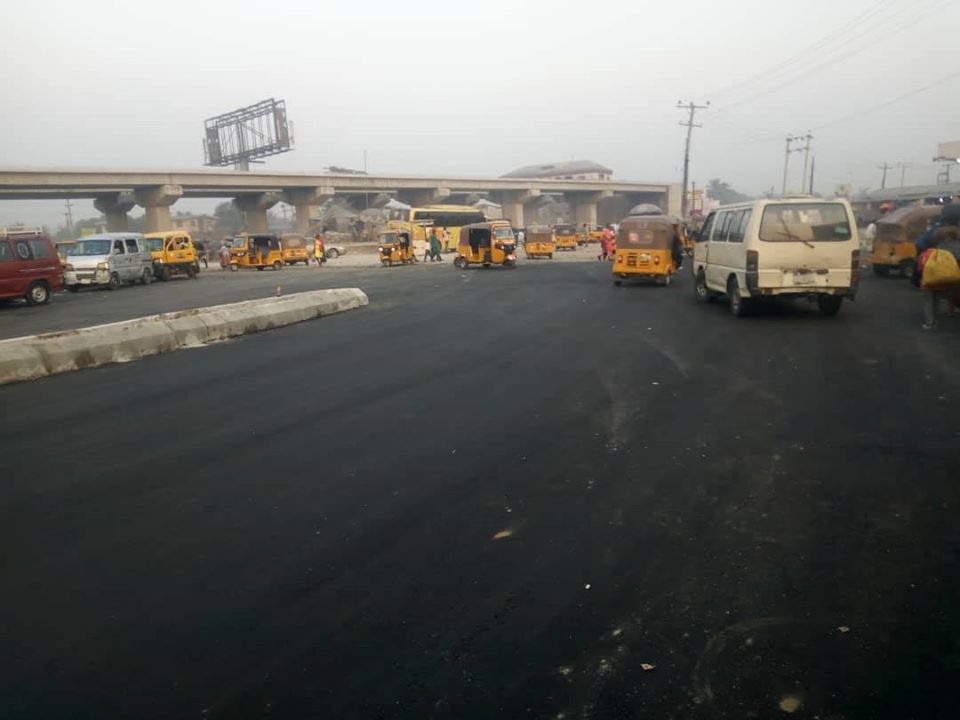 The commissioner who was addressing motorist during the formal opening of the road, expressed satisfaction on the quality of job executed by the contractor and for delivering the job as scheduled.

He urged him to maintain the same standard as he commences on the second phase of the road project.

It will be recalled that the commissioner had earlier promised in one of his inspection visits to the site that the road will be opened before the Yuletide and today the road has been completed and opened for the commuters to ease traffic.

Barr. Bob Ogu used the opportunity to remind traders doing business on that road of the ban on Street trading by the Abia State government and directed them to stop trading on that road as he will not tolerate any further business activities on that road.

He warned road users to desist from illegal dumping of refuse on the road or inside the drainage channels.

Speaking while opening the road, the Managing Director, Track Care Construction Company, Mr Timothy Iheoma said the construction of Aba- Owerri road will be done in phases, promising the immediate commencement of the second phase which starts from Winners junction to MCC junction.

He used the opportunity to thank the Abia State Governor, Dr Okezie Ikpeazu for making funds available while appreciating the efforts of the hon. commissioner for his support in realization of this project. He reiterated his commitment to maintain the same standard on the remaining parts of the road project.

In their seperate speeches, Mr Uche Obiora, a bus driver and Mr Lawrence Onyeukwu, a Keke driver said the opening of the road which was blocked because of the road construction, will put an end to the incessant traffic jam being experienced at winners junction.

They thanked the Governor Ikpeazu for his leadership strides which has recorded another success today.