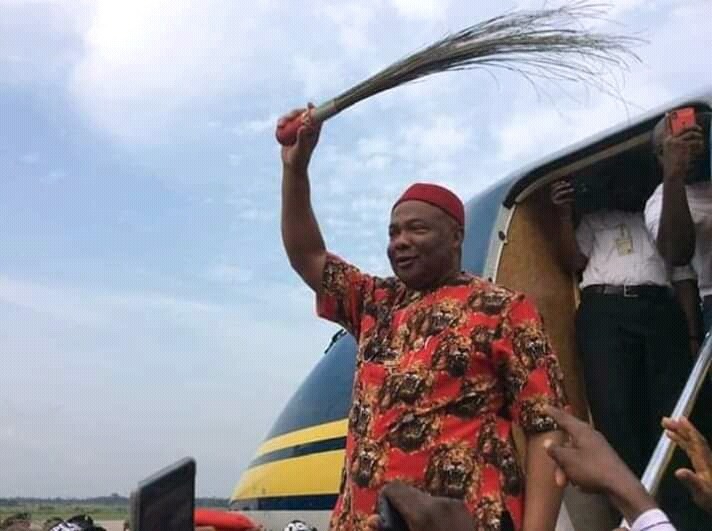 The verdict of the court has been questioned by many Nigerians especially Imo State and PDP, why the apex court took such decision.

Even the PDP, whose their candidate was sacked has called for protest against the court. For those that did not understand why the court came to the decision, Mandela of Ngor-Okpala has decided to break it down in a way even an ordinary man can understand.

Below is his analogy and we think you all should read it. Kindly drop your comment if you think there is more to add to it.

This is a simple analogy so that those that are confused on why the supreme court sacked Emeka Ihedioha and declare Hope Uzodinma authentic governor of Imo State can understand.

I will break the judgment down for you in a layman way.

“Hope Uzodinma went to court, he told the court; I was rigged.

“Hope said no problem, he called 54 witnesses, he presented results of 388 polling units across the state where his votes were excluded. At the final INEC collation centres, INEC merely write ‘Not Available’ in the 388 columns where the votes of APC and Hope should be recorded, whereas, the column were filled and signed by all party agents, INEC and Police at the polling units.

“Hope was smart, he gather the form EC8A his agents received at the 388 polling units where his votes were recorded and signed by all party agents, he also got form EC8B in all the 388 wards where his votes was unrecorded and was not therefore signed by his (APC) party agents. He presented all of that to the court and ask the court to explain why votes recorded at the PU went missing at the Ward, Local and State collation centres.

“The Court said okay, we’ve heard you. They turn to the PDP and Ihedioha and asked him, did you hear what Hope said and see what he presented? Ihedioha said Yes. Court now asked him, do you agree with him?, he said No. Court then asked, what do you have to say.

“Ihedioha called just 1 witness, he said what Hope presented and said was false. The Court said okay, but present the truth. Ihedioha said although I don’t have any form or paper to present and I don’t have more than 1 witness to call, but I know what Hope said is false. The court said Okay, hold on.

“The court turned to INEC, did you hear what Hope said? They said Yes. Is it true? they said we don’t know. The court asked if the form EC8A presented by Hope, where his votes were included and signed by all party agents and INEC was truly issued by INEC, INEC said Yes. They ask again, do you have any other contrary results or forms from the one Hope presented, INEC said No. The court said Okay. We are coming.

“The court turned to the Police, who provided security for the election, do you hear what Hope said? Police said Yes, the court asked further, were you given the form EC8A at polling units level as provided for by the law? Police said Yes. Court ordered them to present it and they did, court cross-checked if it’s the same with the one presented by Hope and alas it was.

“Court then called Ihedioha, come and check it and juxtapose, he did, they asked if the form EC8A presented by INEC and the one presented by Hope which Ihedioha has just seen are the same, he said Yes. They asked him, what do you have to say? He insisted, it was forged

“Court then told Ihedioha, Hope has proved his case and they declared hope the winner.

Published in Politics and Special Reports