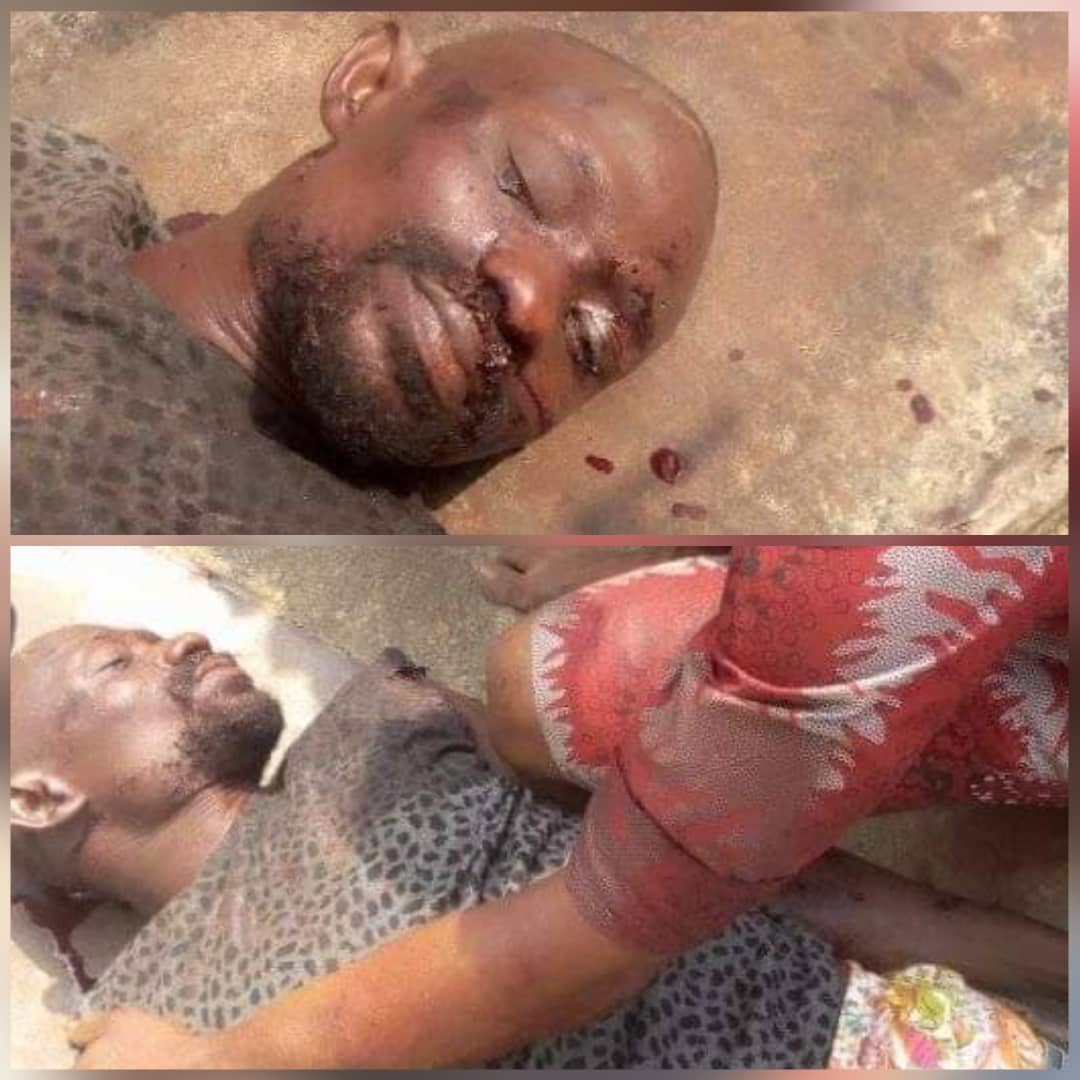 The youth president of Umunwogu kindred, in Ugwuati Community, Ukwa West LGA of Abia State, Mr. Nwamaka Ogbuji is said to have been shot dead by some trigger happy police officers.

Aba City Blog gathered that the police officers who accompanied staff of Enyimba Economic City (EEC) and government committee on EEC/ surveyors for land acquisition dialogue on Wednesday, shot and killed Ogbuji during a disagreement.

Aba City Blog reports that the state government committee visited Ugwuati community to finalize acquisition of land for the much talked about Enyimba Economic City (EEC).

The community was thrown into great mourning following the gruesome murder of Ogbuji, who was said to have attended meeting between the committee and members of his community.

Sources said that trouble started when Ogbuji and the rest of the youths refused to accept the take over of their land for whatever reason, stressing that they are farmers and cannot afford to take such risk.

It was also gathered that apart from Ogbuji who was shot on the head and died instantly, so many other persons also sustained bullet wounds with three victims said to be in critical condition that may result to another lose of life.

“The youths were unarmed. They gathered at the hall to listen to the committee from Abia State Government about the acquisition of land for the Enyimba Economic City.

“Due to how things are in Abia where promises end up in the mouth of the speaker without fulfilment, the youths explained to the delegation that they’re not prepared to mortgage their lives for a project they don’t understand.

RELATED POST:   Protesters Against Orji And Sons Are Miscreants And Non-Abians, says COSEYL

“It was when the arguments started becoming noisy that the police that came with the government delegation started shooting indiscriminately. Our people are not stupid. They didn’t fight anybody.

“They only refused to give out their land to people they don’t trust will make judicious use of it. Go to Obuaku City, you’ll see how lands were acquired there some years back some things we are yet to understand as I speak.

“Now, they have come with this story of Enyimba Economic City which we don’t believe is a serious thing. The people are even afraid they may use our land for RUGA.

“You can’t just take away peoples land without their approval. When they finished killing the youth leader, everywhere was hot so, their drivers drove away and escaped.

“We don’t know the circumstances leading to this, but hence human life has been taken, something must be done about it. It’s not justifiable to kill an innocent person for any reason.

“People have right to say no to the sell of their land. If the elders want to sell land and the youths believe it will mortgage their future, the best thing is to dialogue and reach a peaceful agreement.

When contacted, Abia State Commissioner of Police, Ene Okon confirmed the incident, but stressed that something happened before the police officers opened fire.

Explaining further, Okon said, that the youths who were armed with machetes tried to disarm police officers and take their riffles away and at the process, the gun fired, killed one and injured two.

“They attacked the police and some of them went to collect the riffles from the policemen, as they were struggling, the riffle fired and the bullet strayed and killed one of them while the other two person were injured.

“The state government wrote to us and asked us to bring some security to accompany Enyimba Economic City Committee to go to that place.

“The police men were sent as requested by the state government. If the community had a problem, they should have sorted it out among themselves.