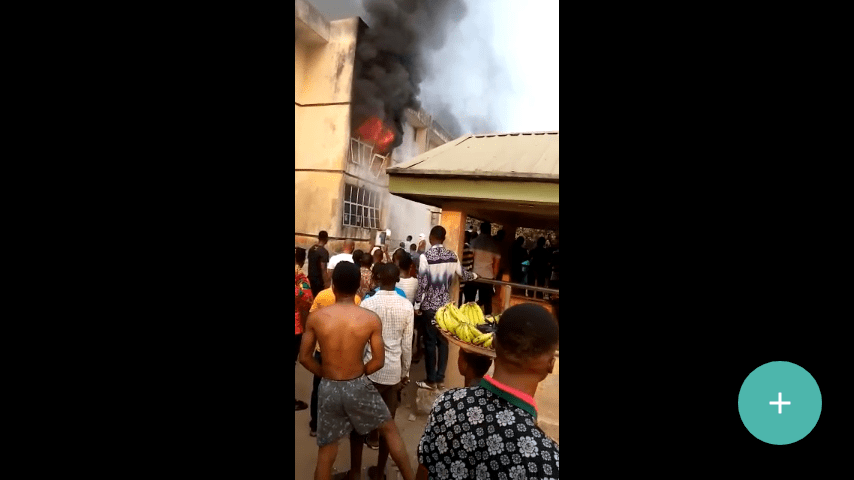 It was really a state of confusion and deep thoughts, as one of Michael Okpara University of Agriculture’s (MOUAU) Students hostels, known as IBB HOSTEL caught fire today.

The hostel which was named  IBB hostel is one of the male hostels on campus and accommodates many students especially old students.

According to an eyewitness who was present during the incident, the fire started with a spark from an electric wire which quickly spread over the student foams (beds) that were in the store.

Students tried in their capacity to stop the ravaging fire as the Students Union Executives led by the president, Hon. Comr. Otuonye Famous arrived immediately to seek solutions by calling in Fire Fighters to quench the ravaging fire that already left a part of the building filled with powerful flames and thick smoke.

With the efforts of the SUG Executive, fire fighters arrived shortly and controlled the fire.

Many students thanked God that there were no casualties and also thanked the management and SUG for coming to their rescue.

Watch the video below.