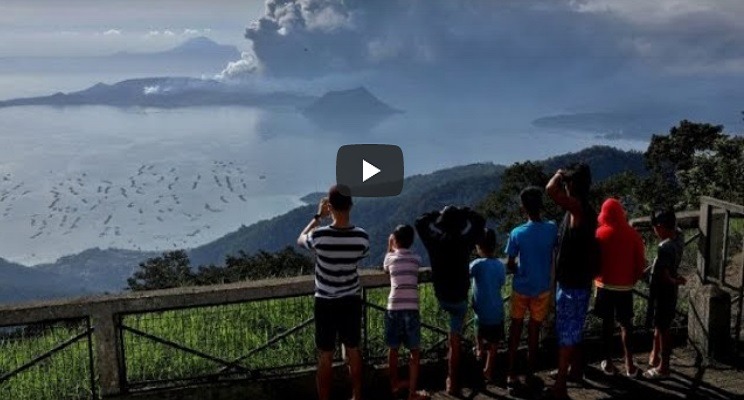 Compilation Of Videos Of Volcanic Eruption Across Manila and Philippines

Taal volcano, located near Manila, has been spewing lava, ash and steam since Sunday. The ongoing eruption has displaced tens of thousands of people, covered dozens of towns and cities in ash, and disrupted hundreds of flights.

Taal volcano in the Philippines has continued to rumble as authorities urged people to remain vigilant because an “explosive eruption” is possible.

New cracks on the ground were spotted in several towns of Batangas amid the Taal Volcano’s possible hazardous explosive eruption, according to the Philippine Institute of Volcanology and Seismology (PHIVOLCS) on Tuesday.