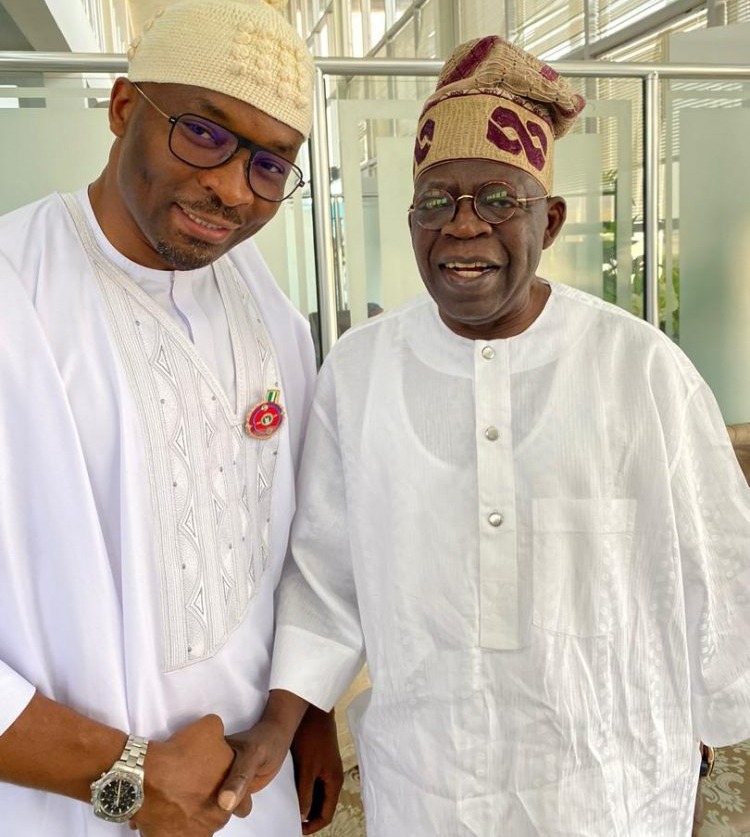 What Tinubu said as House of Reps Spokesman, Hon. Benjamin Kalu paid him a courtesy visit

It was gathered that was in Lagos to thank the APC national leader for the role he played during his election last year 2019.

Our correspondent reports that Kalu specially thanked Tinubu over the role he played on his appointment as Chairman, House Committee on Media and Public Affairs.

Hon. Kalu specifically thanked “Jagaban” for supporting his nomination as member representing Southeast House of Representative members’ in the National Executive Council (NEC), the top decision-making body of the APC.

The meeting afforded Hon. Benjamin Kalu, popularly known as The Oracle of the House, the opportunity to discuss other pressing issues bothering members of the party in the state and most especially his constituency.

Speaking at the meeting, the APC national leader thanked Hon. Kalu for all he has been doing as Reps spokesman, while hailing his special bond with the Speaker, Rt. Hon. Femi Gbajabiamila.

He said, “We thank the Almighty God for using us to assist in one way or the other, we are a family and therefore owe it to one another from time to time.

“We are proud of you for raising the bar for our party APC in a PDP dominated state of Abia State. It is not easy for an opposition party in any state to win elections the way you did.

“It shows one thing; the people are with you and you are with the people. Keep it up for at the end only the people matter in politics; therefore, always put them first the way you are doing and don’t relent.

“Make the party prouder with your representation. We will always be around to support good young leaders like you”, Bola Tinubu added.