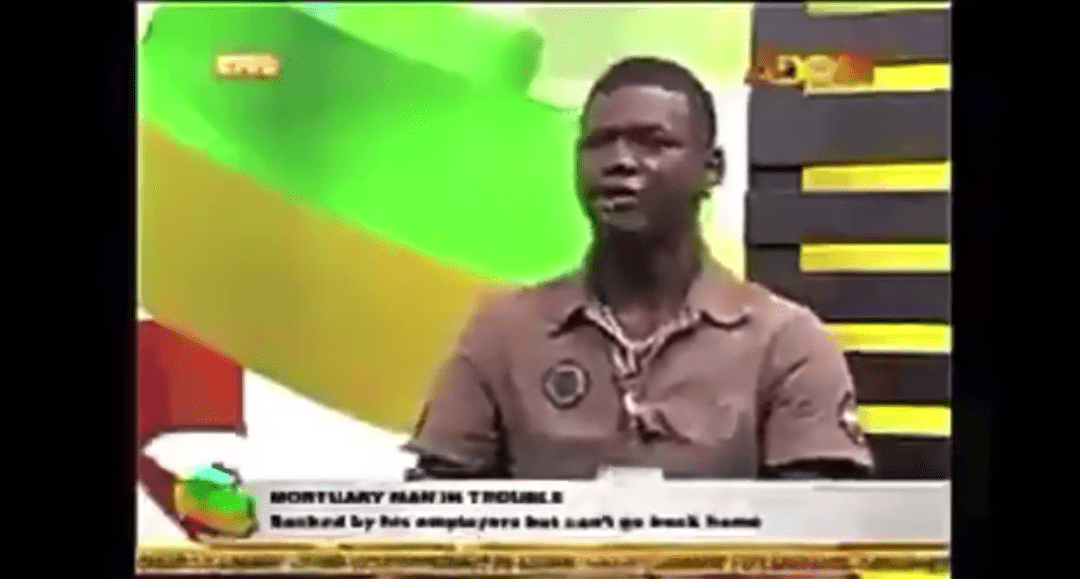 VIDEO: Mortuary Attendant Reveals Secrets Why They Have S3x with Female dead Bodies

A Cameroonian morgue attendant has admitted of having sexual intercourse with female dead bodies.

The man stated this in an interview with a Ghanian TV Station.

During the interview he was asked if morgue attendants sleeping with dead bodies literally means having sex with them, he boldly said yes, that he has done that several times.

According to him, sleeping with dead bodies is one of the tests they passed through before getting the job.

“Yes, we sleep with dead bodies. I have done that severally, in fact, when i wanted to marry, the girl rejected me because i’m a mortuary attendant, so i decided to satisfy my urge with female dead bodies.”

“In the mortuary you will see fine fine girls, you will have sex with them, the man told the interviewer.

When asked if he ejaculate inside the dead bodies, the man said, “yes”

Also, asked if he is okay, the man said yes, “Yes, i’m okay,” he replied the interviewer.

Published in #OffBeat and ABACITY TV