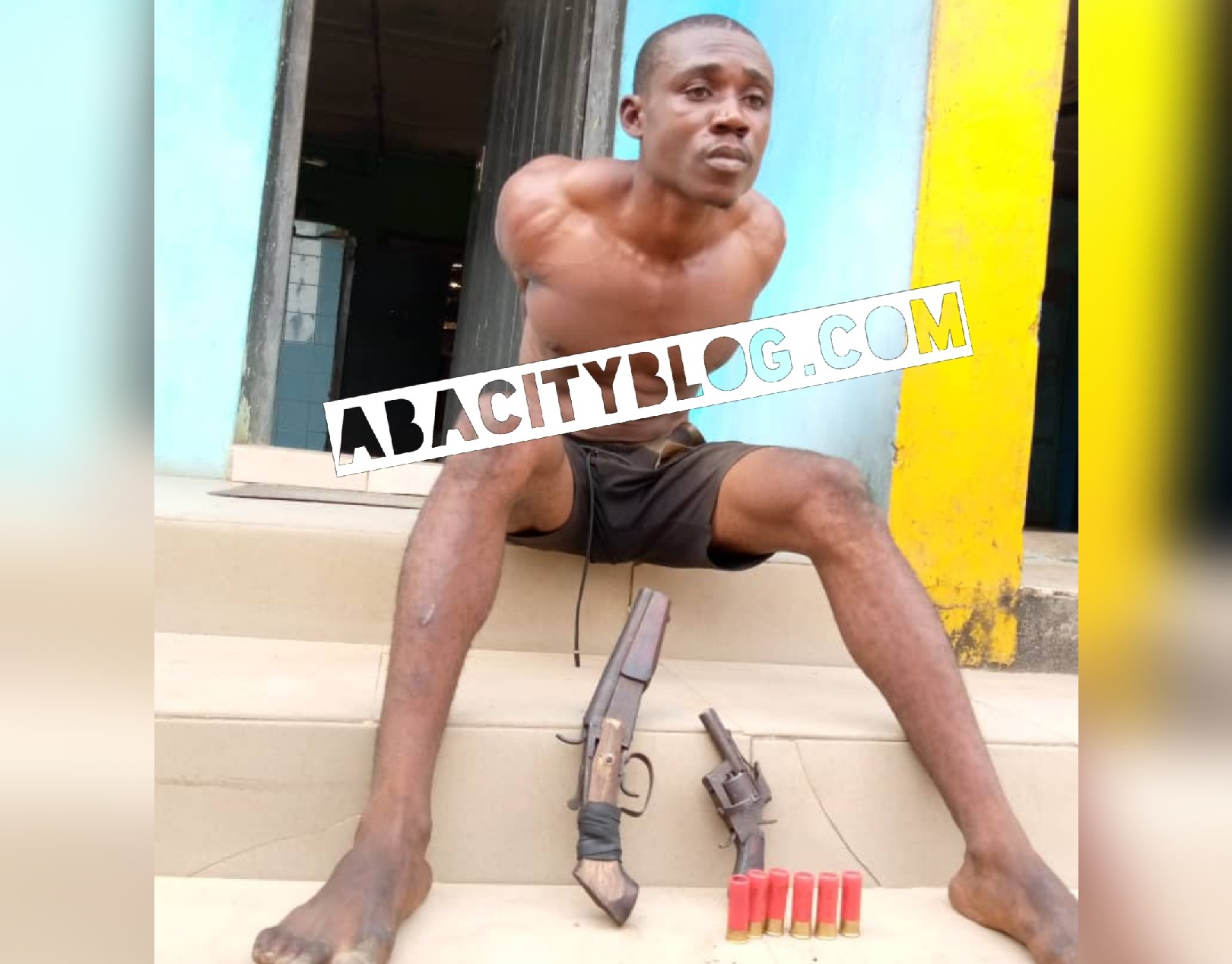 Olewumbu who was arrested in Aba yesterday is alleged to be a member of a kidnap/armed robbery gang, said to be terrorising the residents of the commercial city.

The suspect who is residing at No. 20 Christ Street, off Ibere Road, Aba is said to have hailed from Obazu Mbieri in Mbaitoli Local Government Area of Imo State.

An impeccable police source at Aba Area Command told our reporter that Olewumbu confessed to be a member of a three-man kidnap/robbery gang on the wanted list of the Intelligent Response Team(IRT).

It was gathered that the suspect was arrested at Agu Street, along Elvina Road, off Ohanku Road, Aba by a team of detectives led by SP Alphonsus Ayang, the Divisional Police Officer, Ndiegoro in Aba, following a tip off.

The source said that during interrogation, it was discovered that the suspect and his gang were getting set for a kidnap operation, before he was arrested.

The source also said that the command had intensified the search for the two other members of the gang, who were said to be on the run, following Olewumbu’s arrest.