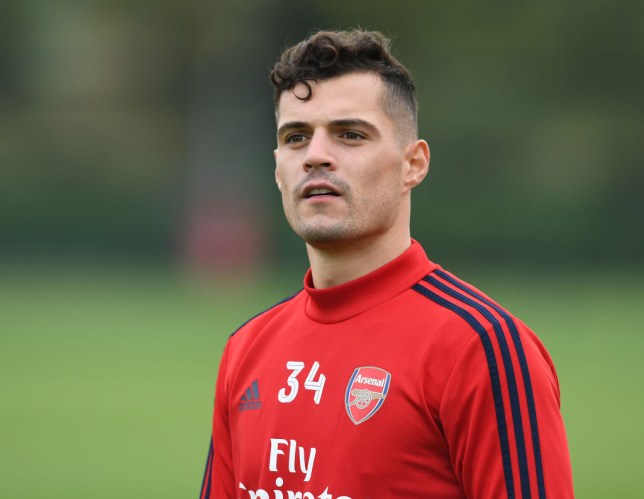 Arsenal midfielder Granit Xhaka has reportedly agreed personal terms to join Hertha Berlin, but his Premier League club are yet to approve his move away from the Emirates stadium.

Hertha Berlin will have to table a convincing offer for Arsenal chiefs for them to have Xhaka.

Back in October, the 27-year-old midfielder fell out of favor at the Emirates stadium when he verbally attacked Arsenal fans who booed him against Crystal Palace.

There were reports after the incident claiming that Granit Xhaka has told his teammates that he would never play for Arsenal again when the transfer window opens.

And according to German Sports, Granit Xhaka has agreed a deal with Hertha Berlin so as for him to return to the Bundesliga.

Granit Xhaka has agreed personal terms with Hertha Berlin. The German side still need to find an agreement with Arsenal but that is likely to happen. Xhaka absolutely wants to join Hertha Berlin in January, according to @FT_Redaktion. pic.twitter.com/2zEmZyEeSF