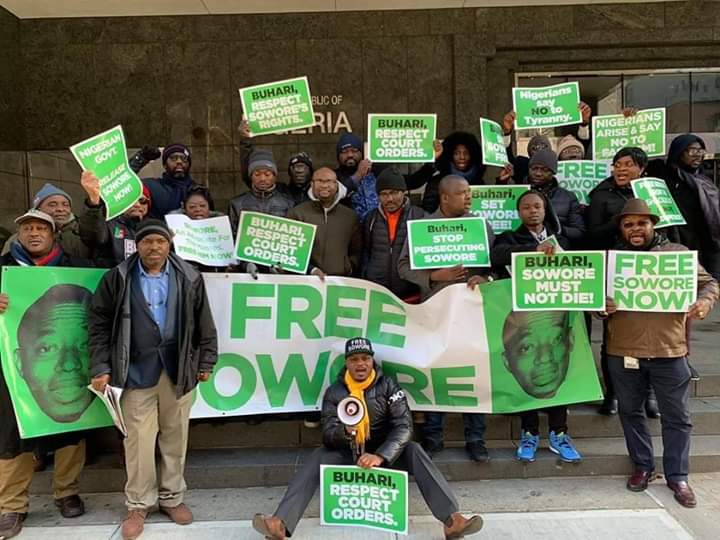 Some Group of Nigerians who base in Newyork City, United states of America, has protested over the rearrest of Omoyele Sowore.

On August 3, 2019 Sowore was arrested by the Nigerian Department of Security Services for alleged treason after calling for a protest tagged ‘RevolutionNow’.

In dramatic scenes in court, agents of Nigeria’s department for State Security (DSS) attempted to arrest Sowore, resulting in a scuffle involving his lawyers.

Some Nigerians met in New York City to protest against Sowore’s rearrest by DSS after a court-ordered his release . 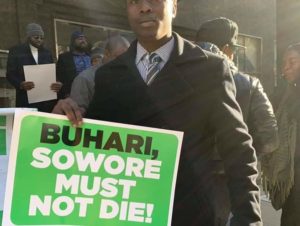 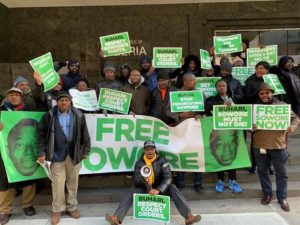 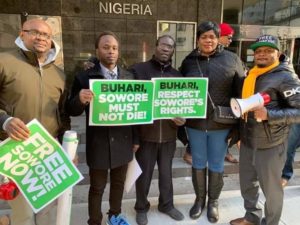