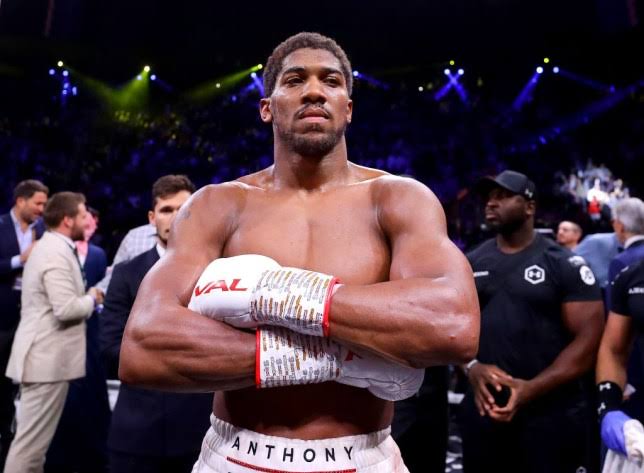 I have Created History, And I Feel Like Adding To It In 2020 – British Boxer AJ

The British boxer and world heavyweight champion Anthony Joshua, says a fight with Tyson Fury or Deontay Wilder “has to happen in 2020.”

WBC champion Deontay Wilder is scheduled for a rematch with Britain’s Tyson Fury on February 22.

In an interview with the BBC Radio 2, Joshua said: “I feel like it’s ‘Lord of the Rings’, the last ring, let’s get it on, let’s make history,”

“It has to happen in 2020, we’re in the same division, same era if these guys want to make history, especially Wilder because he has the last belt.

The 30 year old Joshua, says he will fight either the WBO’s mandatory challenger – currently Ukraine’s Oleksandr Usyk – or the man in the same position with the IBF, Bulgarian Kubrat Pulev next.

“If I don’t fight those guys I’ll have to give up my belt and I’d rather fight to defend them,” he added.