The 33-yrs old Lady, Juliet Oluchi Ehiemere, who hails from Abia State, has released more evidence to back up her claim that Flavour fathers her 3-yrs-old daughter.

The lady who took to her Instagram handle (@JullietOluchiehiemere) to make public her case, had insisted that Nigeria’s popular highlife singer got her pregnant after she met Flavour sometime in 2015 and took in for him.

The latter, while sharing her evidence revealed that she has received lots of verbal attacks ever since she called out Flavour.

According to her, she has tried all means to reach out to Flavour but all proved abortive. Read her statement below…

PLEASE READ❗️❗️ The above pictures are evidence of me trying to reach out to Chinedu Okoli popularly known as FLAVOUR with a friend’s account after my first account was reported by him. The marked places in the picture contains my address.

I was opportune to talk to a Journalist today. The link to the interview is in my biography.
For those asking how the event transpired, it’s all in there.

However I was misquoted. I didn’t meet Flavour at the birthday party. His friend, Chinedu (his namesake) took me to meet Flavour in a residential home at New Haven, Enugu State.

I’m not doing this for myself. I’m doing this to get justice for my daughter. All I’m asking for is a DNA test so the truth can be revealed. 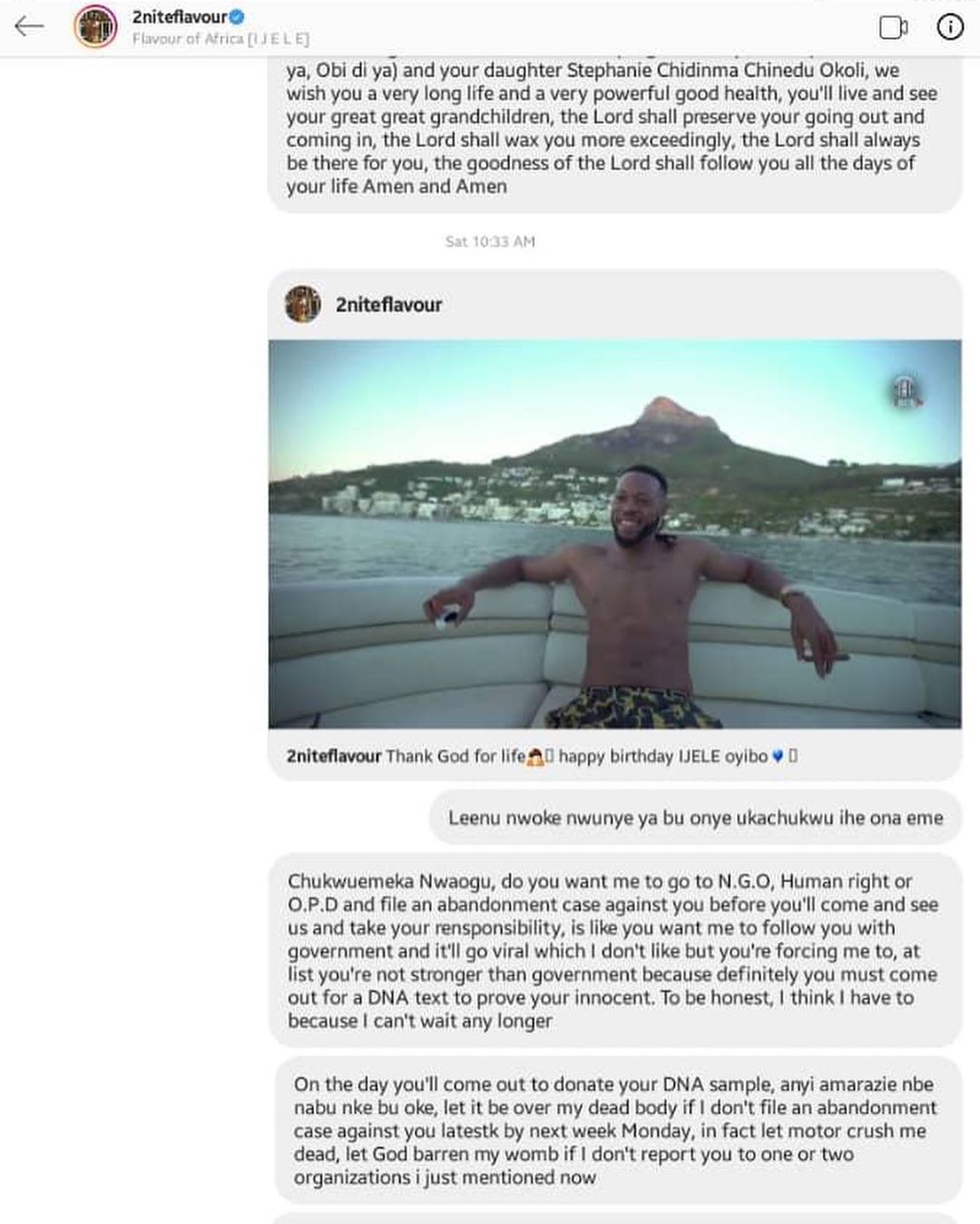 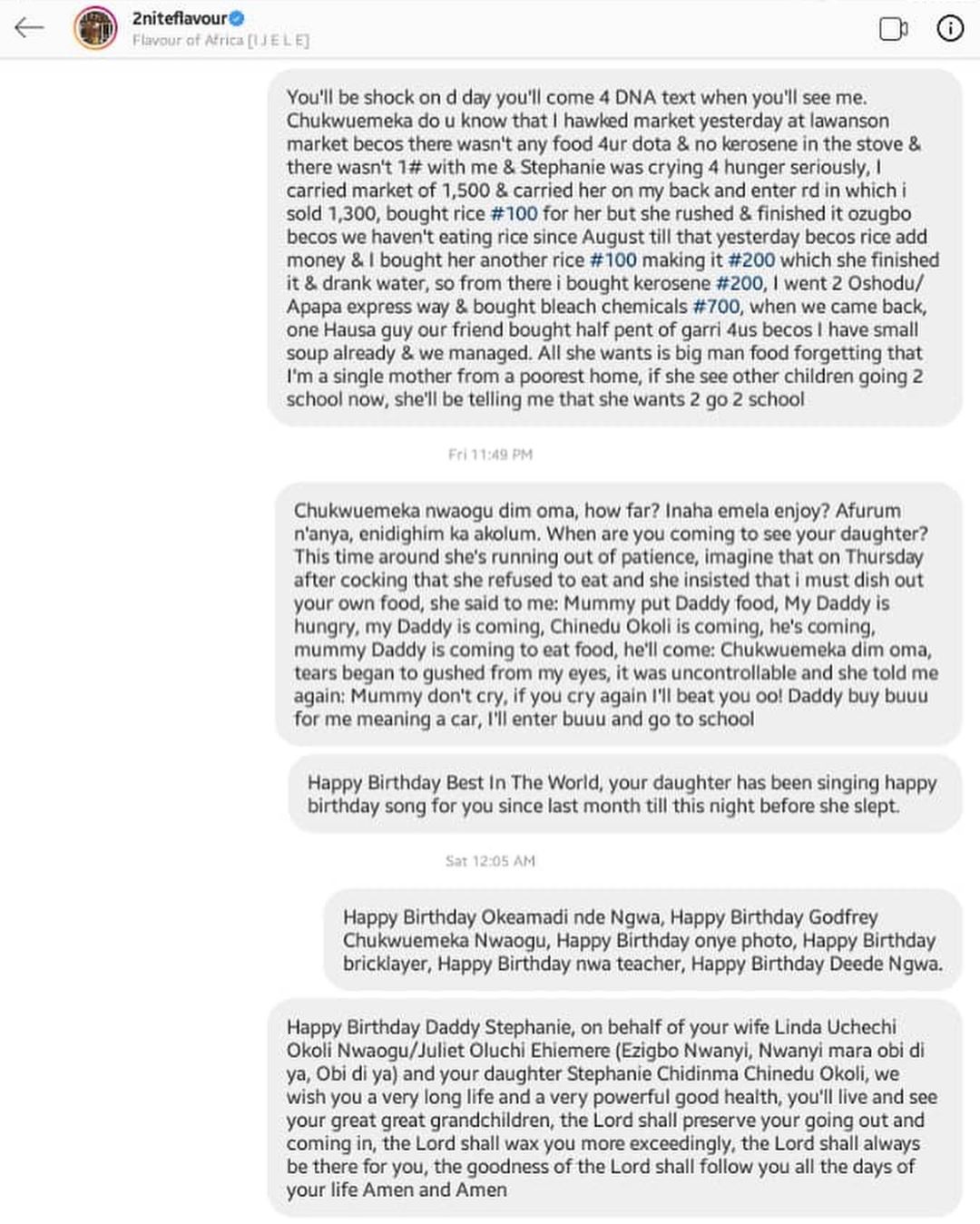 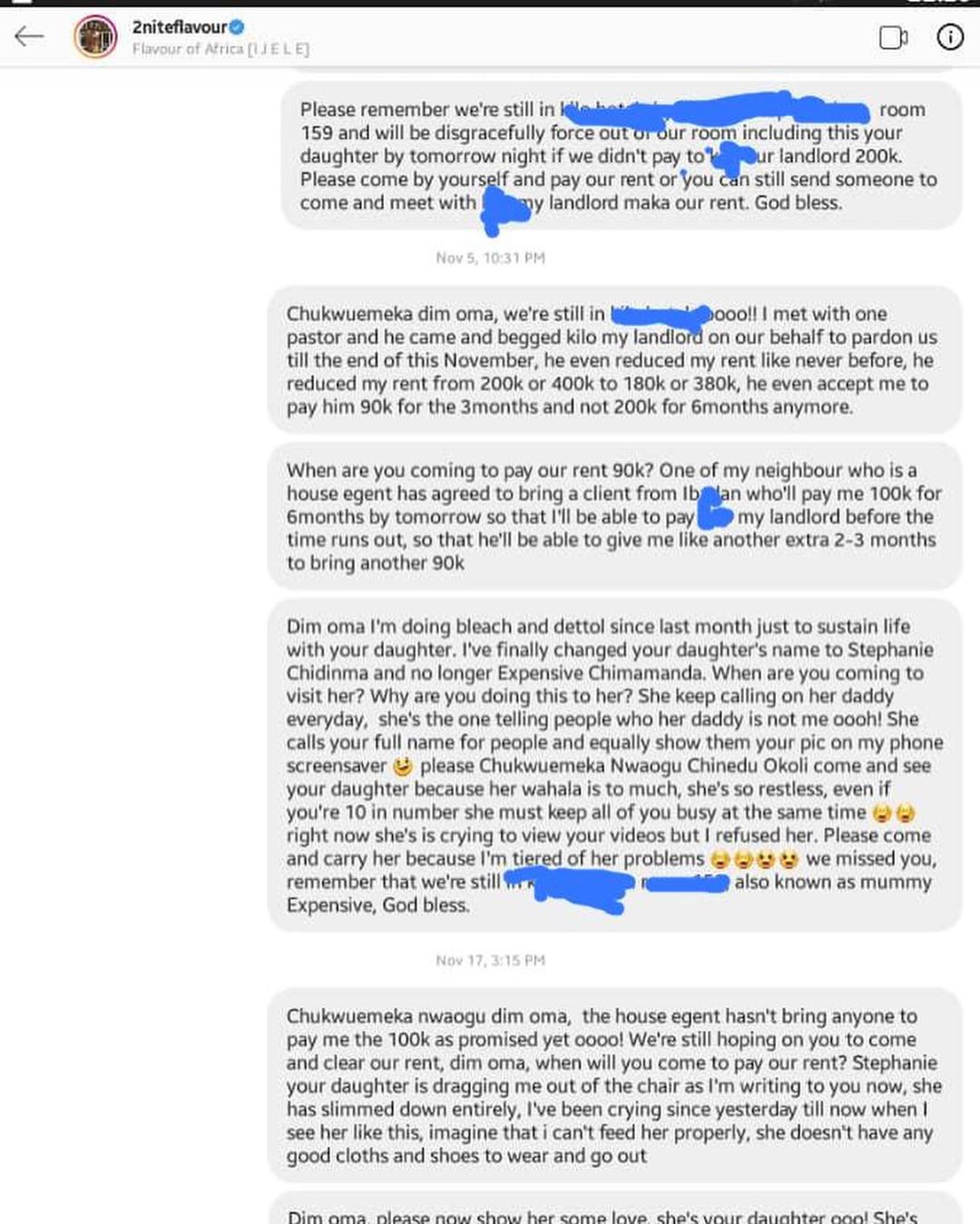 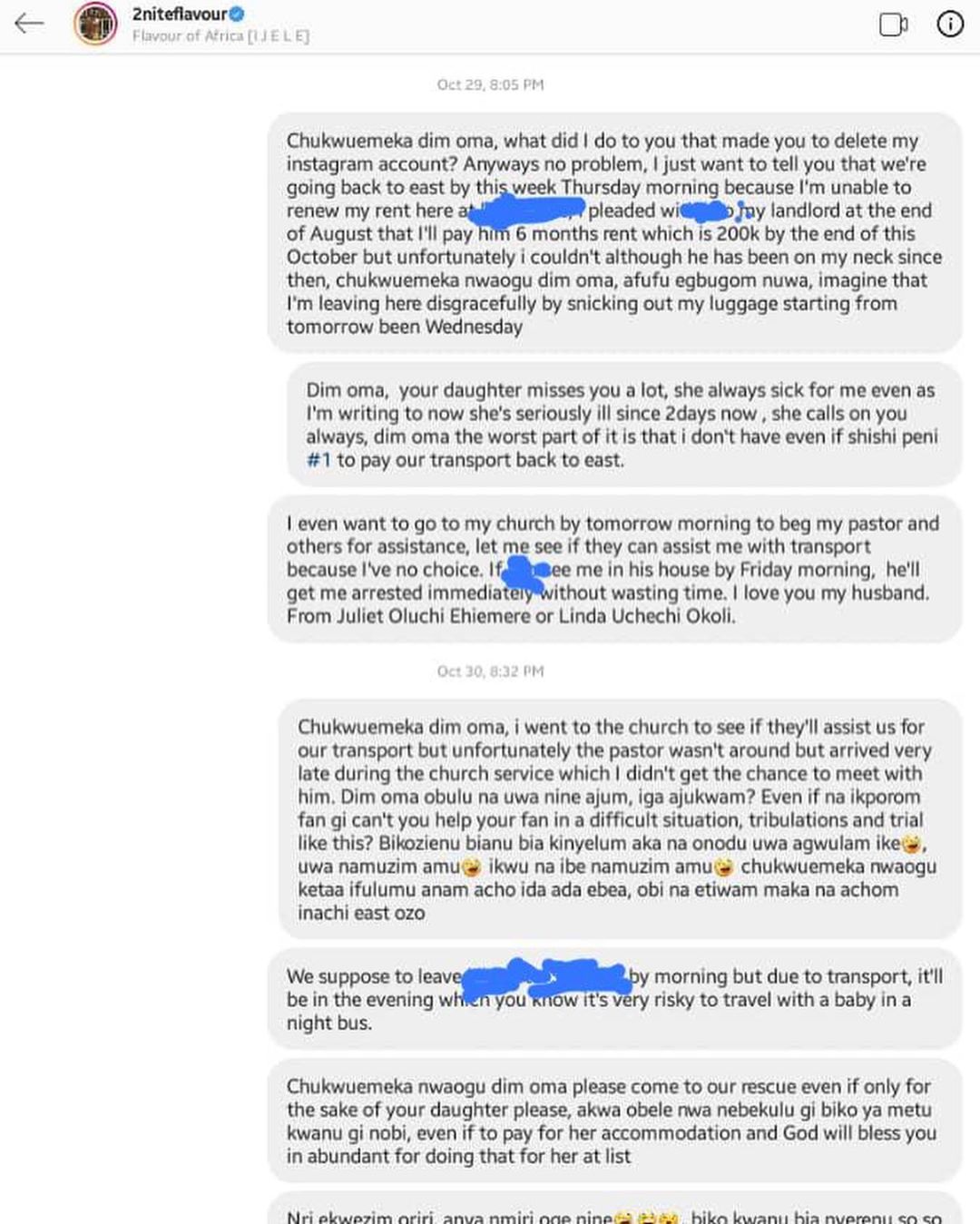 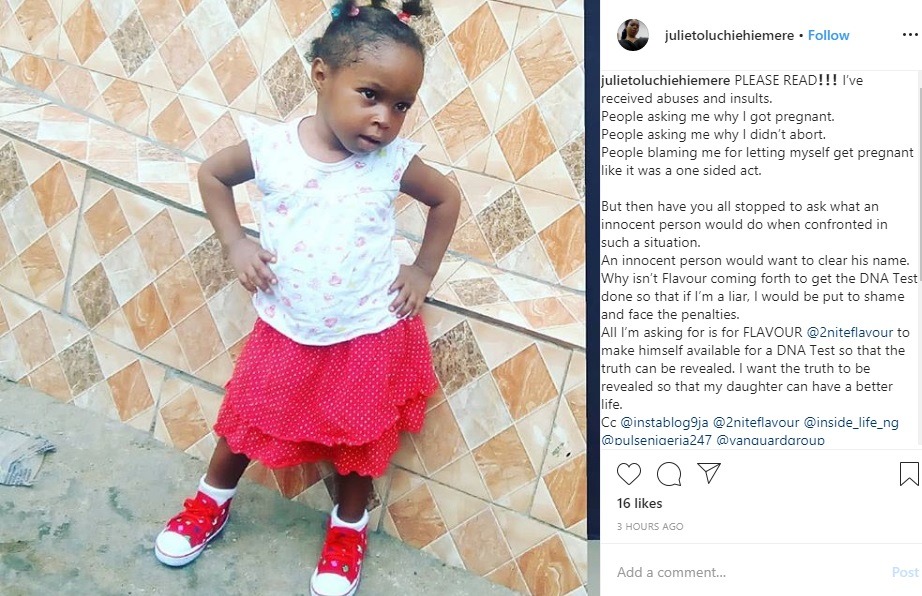 Published in #OffBeat and Celebrity