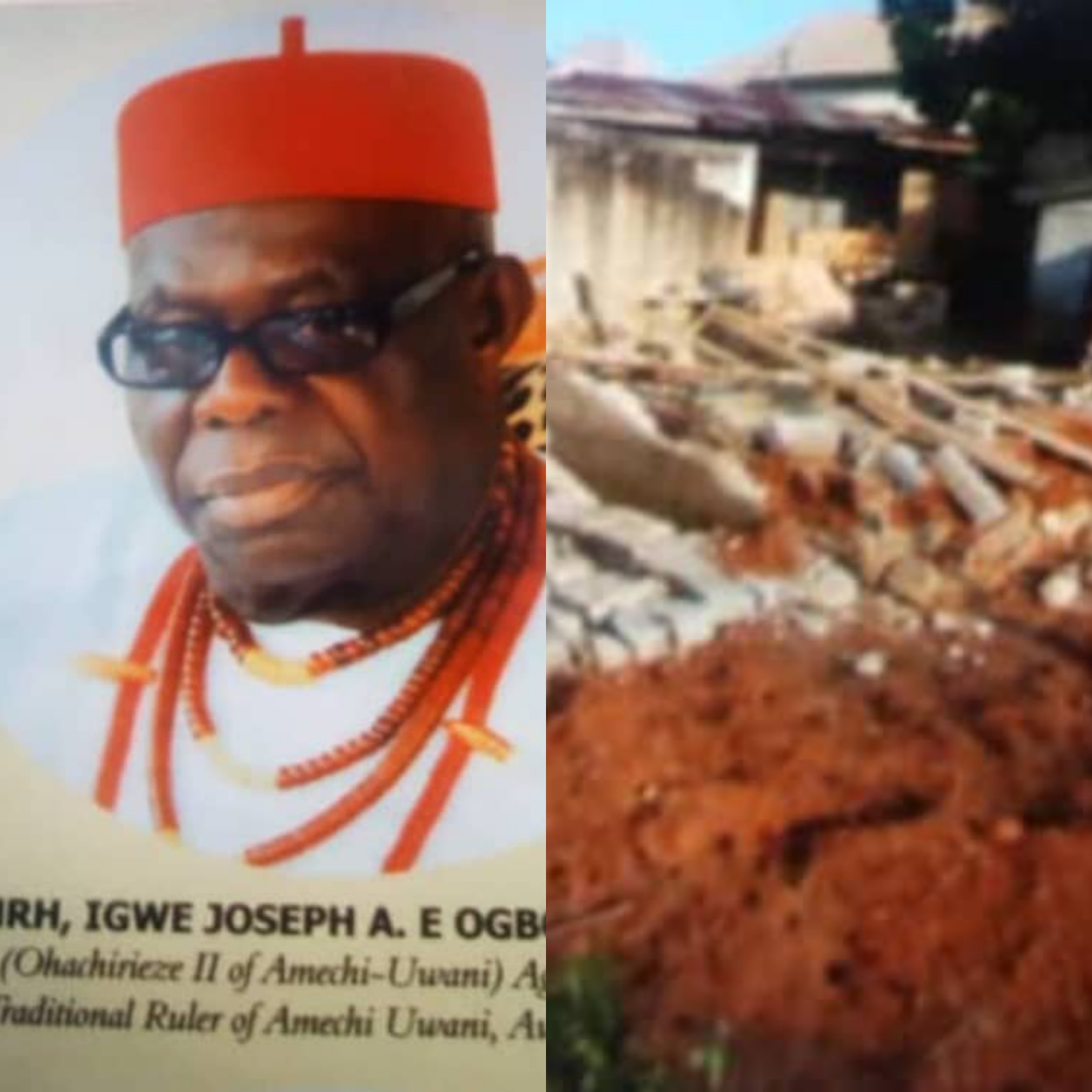 A CASE OF KING AHAB AND CITIZEN NABOTH REPLICATED IN AMECHI UWANI: IMPUNITY ON THE PROWL!

In 1 Kings 21, the Bible told a story of how King Ahab moved without caution and killed one Naboth and seized a piece of land belonging to him near his palace in Israel.

The Bible records that Naboth’s vineyard close to King Ahab’s palace was a choice site. Igwe Ahab coveted the land and approached Naboth to give him the land in exchange for another land elsewhere. He does not want the poor Naboth to live near his opulence palace.

Naboth naturally refused the offer and this angered the king whereupon he conspired with his wife, the notorious and wicked Jezebel and they killed the poor man and acquired his land for their use.

A case similar to this is now going on at Amechi Uwani; a sleepy suburb in Enugu South Local Government Area where the Igwe of the Community is currently playing Ahab. He is yet to kill his victim anyway but a journey of one thousand miles begins with little steps. 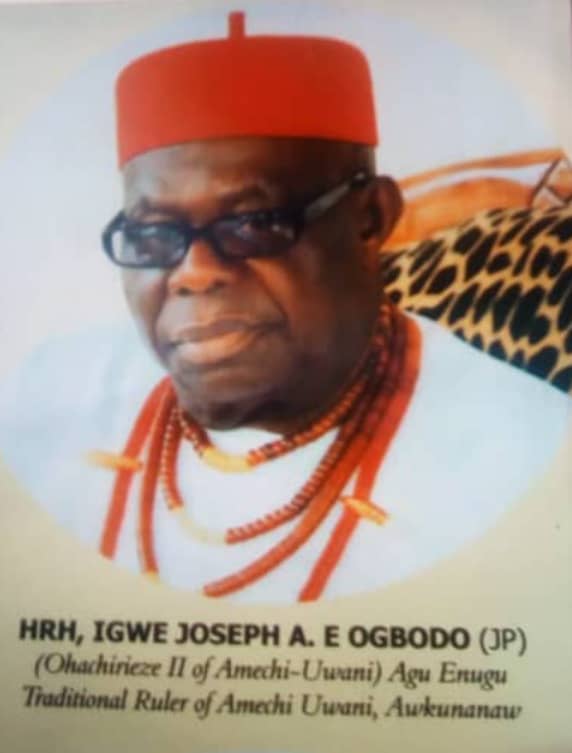 The matter involves a widow, one Elizabeth Nnaji whose land is behind the palace of the reining Igwe of Amechi Uwani whose image is here contained.

Earlier, like King Ahab, the Igwe in a seemingly harmless move had requested that the poor widow hands him a portion of her land so as to create an access road to a backyard gate he wanted to build, perhaps for security reasons. The widow readily obliged. In fact, we learnt that because of this, a Well dug on that land was sealed till today to allow the easement. The Igwe has been using the access road given to him by the widow to access the back gate and there has been no problem at all as the Igwe’s palace gate is located on another road far away from the widow’s land.

Trouble started when the widow’s son wanted to construct a small shop for her widowed mother on her said land to enable her to settle down in one place to do small business as age is no longer on her side.

This move enraged the Igwe and he objected to the construction of the shop. He does not, like King Ahab, want the widow to do anything near his gate even though the land belongs to the widow.

For the avoidance of doubt, the Igwe’s palace gate is not anywhere near this widow’s said land but on another road entirely where the widow’s activities do not disturb the Igwe and his visitors.

Anyway, standing on their right as owners of the land, the widow’s son went ahead with the construction of the shop.

The Ahab of our story, the reining Igwe of Amechi Uwani ordered his boys; a gang of village urchins on his payroll, to demolish the widow’s shop. They did so and equally carted away rods and other materials for the construction. Impunity on the prowl!

Below is the rubble remains of the widow’s demolished shop. Sad!! It was learnt that this matter has been reported to some widow’s and women’s human rights group but the Igwe appears to have compromised them.

Traditional rulers are supposed to be the custodians of the people’s culture and like the Chancellor in the English Feudal System, hold the equity and good conscience of the people. They should therefore not be the ones to desecrate that which the people hold sacred.

RELATED POST:   PHOTOS: Can Protesters really force the court to bring back Ihedioha as governor of Imo?

Widows and other downtrodden members of the community are supposed to enjoy the protection of traditional rulers to whom they should run to when injustice pursued them. The reverse should not be the case as we presently witness in Amechi Uwani. 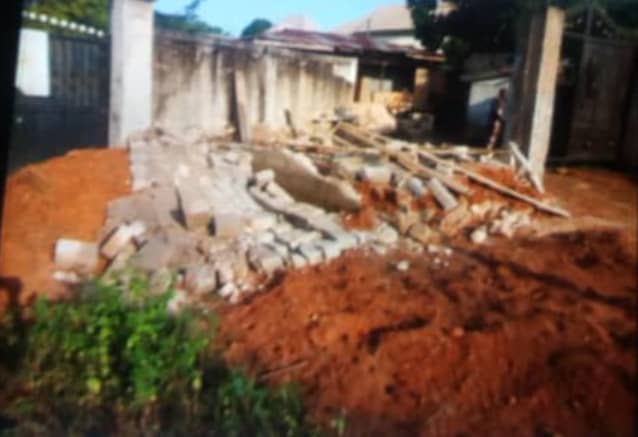 It is Government that appoints Traditional Rulers and we believe that when they do, they appoint fit and proper persons who should answer to the description of a traditional ruler. When therefore such people deviate from the norms and use their position to intimidate their vassals, Government should not keep quiet and look the other way.

It is against this background that the Commissioner responsible for Chieftaincy matters in Enugu State should do something to save this poor widow at Amechi Uwani from the greed and kleptomaniac tendencies of the traditional ruler of the community.

Brother traditional rulers in Enugu South LGA should also rise against this impunity being demonstrated against a widow by one of their own because it gives them a bad name and image. They should in clear terms, condemn the attitude of the Igwe of Amechi Uwani as King David roundly condemned the perpetrator of the evil in Prophet Nathan’s story in 2 Samuel chapter 12 before Nathan told him that he indeed, was the culprit.

On the cautionary side, Igwe Ogbodo should realise that God does not joke with widows. He never did at any time. He places a lot of weight on widows’ teardrops. So, anybody who persecutes a widow has chosen to join issues with God because He will surely fight back on their behalf. In this case, God will fight for this Amechi Uwani widow.