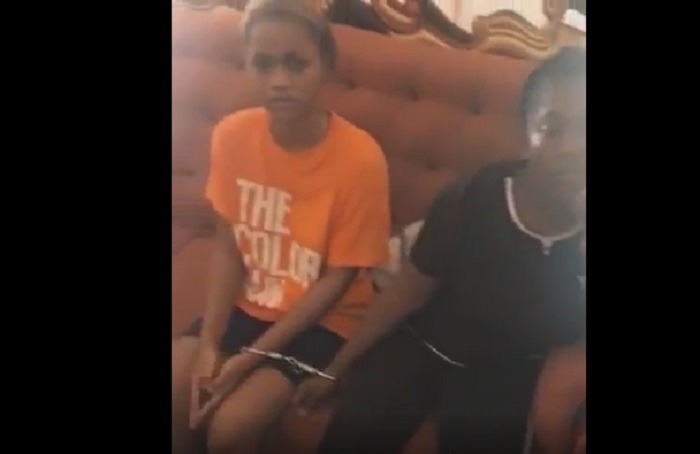 Girls who claimed Davido impregnate their sister has finally been arrested and currently facing interrogation.

The social media was agog few days ago after one of the two girls who posted a video on Instagram claiming the Nigerian/International singer, Davido got her pregnant.

The incident which drew lots of attention came few hours after Davido’s fiancee Chioma, who was put to bed delivered a baby boy in the UK Hospital.

Following the dust the video raised, the singer ordered for the arrest of the girls, this is even as he placed a N1 million bounty on the girls. Reacting to Davido’s action, the girls retracted their statement and pleaded that it was all prank.

But it seems Davido wants to use them as example as the girls are currently facing interrogation.

Watch the video below as shared by Davido associate:

“Fuck it … release the idiots”.