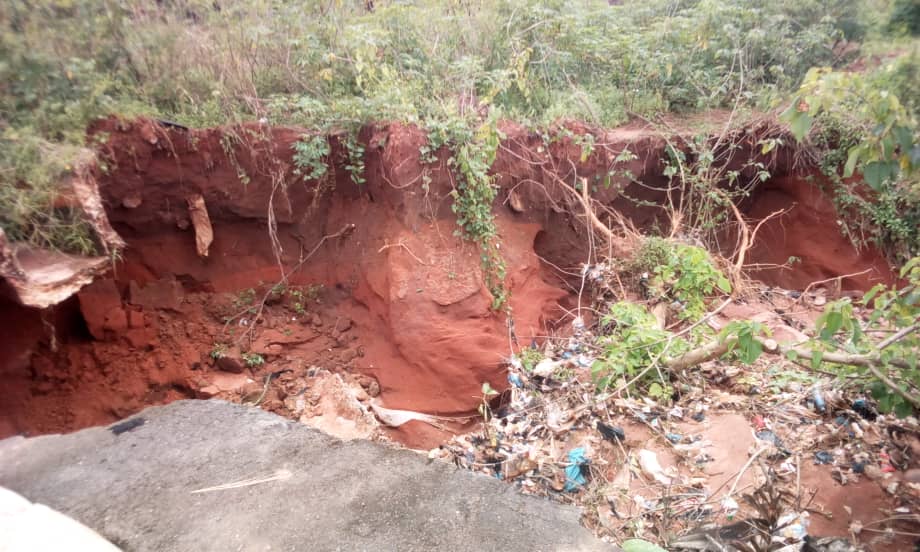 Natives of Ezugwu in Alayi Community, Bende LGA, Abia State have expressed happiness as Senator Orji Uzor Kalu in collaboration with the National Emergency Management Agency (NEMA), has waded in over the landslide that is currently ravaging their community.

The people, during the OUK Foundation with some NEMA officials visit to the affected area, called on Federal Government and State government to come to their rescue and save them from the impending doom. According to them, the landslide affected their source of drinking water.

Addressing the people, an official of NEMA, Hon. Evans Ugo, head NEMA Owerri Operation Service, promised the people that he is going to relay everything he saw on ground in a report as to find a way the FG should as matter of urgency come to their rescue.

“We have come, we have seen, the landslide is about encroaching where people are living, we will be going back to write our reports on what we saw and send it to the appropriate authority, by the grace of God the government will do the needful, Hon. Ugo said.

Watch the video below: