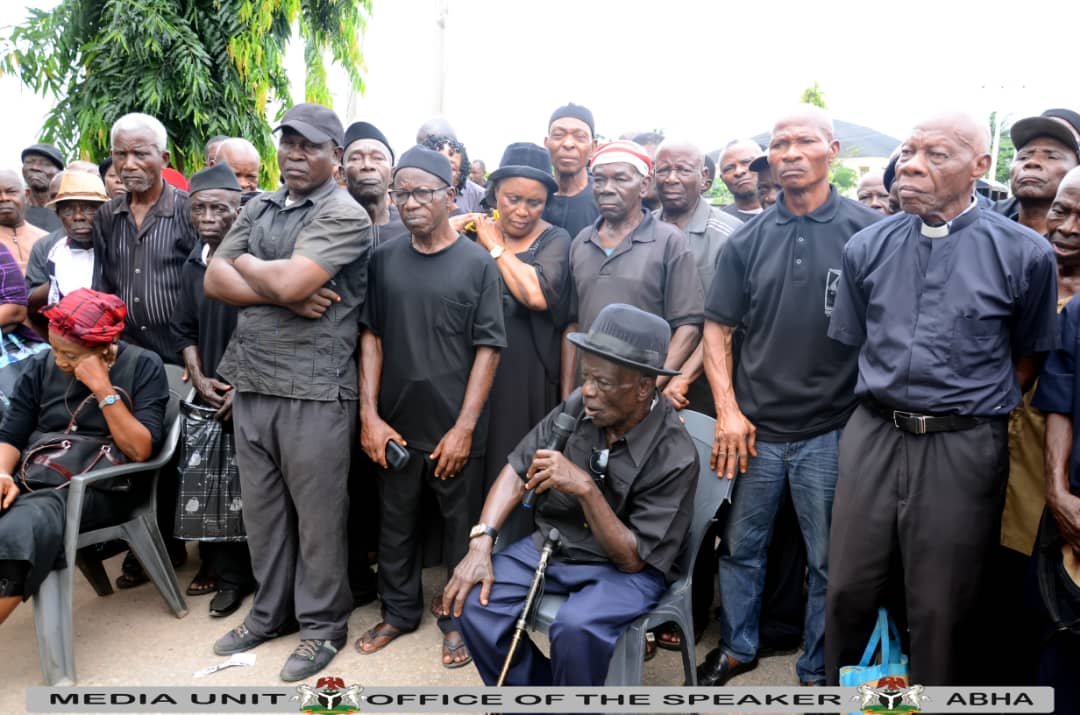 Pensioners in Umuahia, Abia state capital on Monday 14th October, 2019 protested in the streets of Umuahia demanding for their gratuity and pension arrears which is said to be over 20 months outstanding, ABN TV reports.

One of the protesters who simply gave his name as Ojemba told ABN TV that they want the government to pay them. “We are protesting for over 20 months outstanding pension arrears. We want government to settle us, our children are out of school, and we can’t pay house rent, we can’t pay anything, we want all to be paid.

It is 22 months now and this is aside what the past government is owing us, this is what the present government is owing us. If we add five months owed by the previous governor, Dr. T.A Orji, it will be making up to 27months unpaid pension. We are not even talking about gratuity that has been stopped for over 19months. We are heading to the state house of assembly,” Ojemba added.

The pensioners headed to the Abia state House of Assembly where they were addressed by the speaker of Abia state house of assembly, Rt. Hon. Engr. Chinedum Orji.

Hon. Orji pleaded with the protesting pensioners to go straight to their houses while the house of assembly members see to their demand.

The speaker also reminded the protesting pensioners that presently, other states in Nigeria still owes their pensioners.