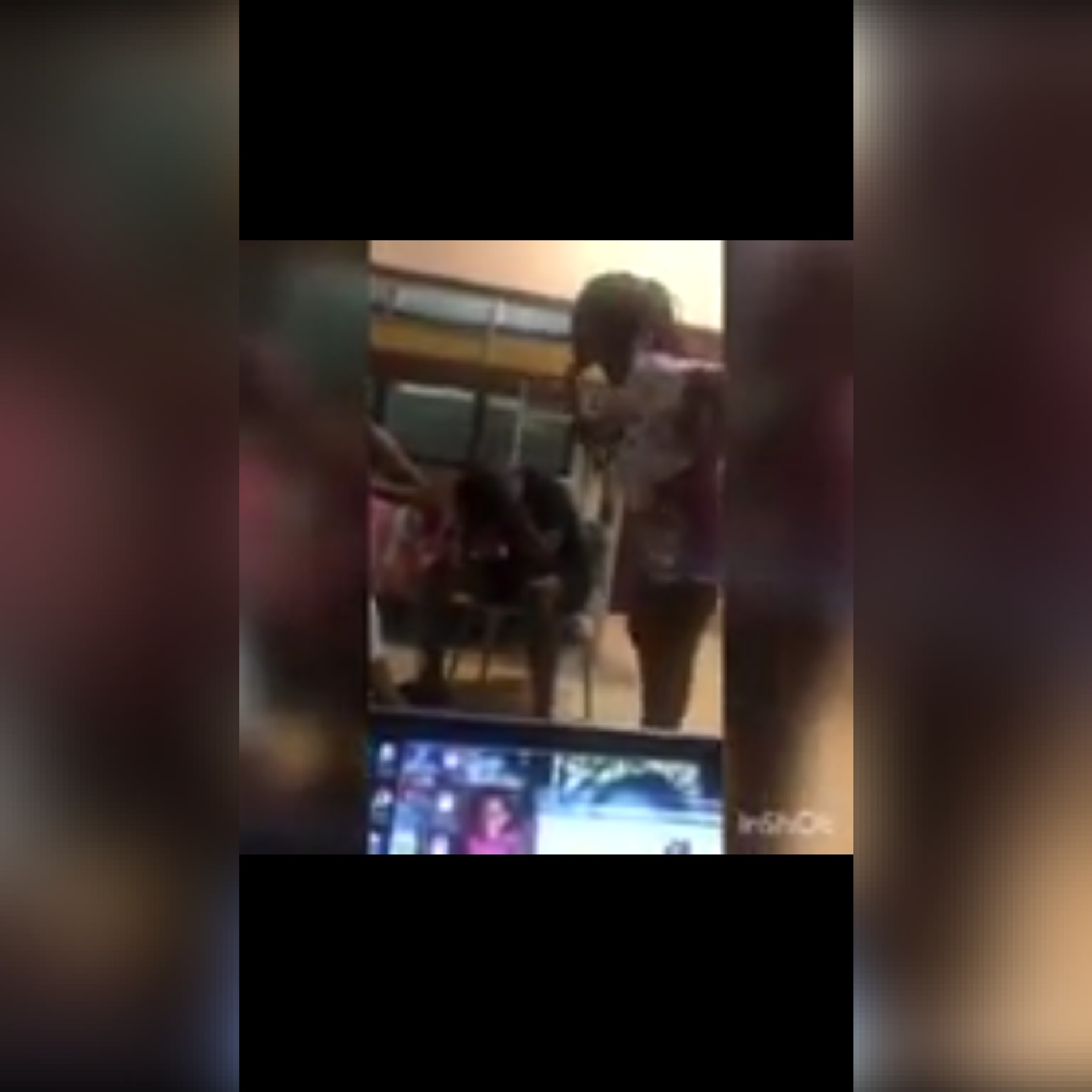 Another video trending online, shows an angry Student beating up her boyfriend with a slippers for cheating on her.

This is coming from University of Ghana.

In the video, the young lady was seen humiliating her boyfriend with a slipper on her hand while he(the boyfriend) never retaliated.

While ranting, she claimed the boyfriend was stressing her and she couldn’t take it anymore.

The lady further stated that he has brought her nothing but stress since they began the relationship and he needs to work on his ‘demons’. She continued talking whilst she repeatedly smacked him with her slipper.

Other colleague students present in the hall where the abuse was ongoing could be heard pleading on the guy’s behalf, saying he had a test the next day, so the beatings might affect him.