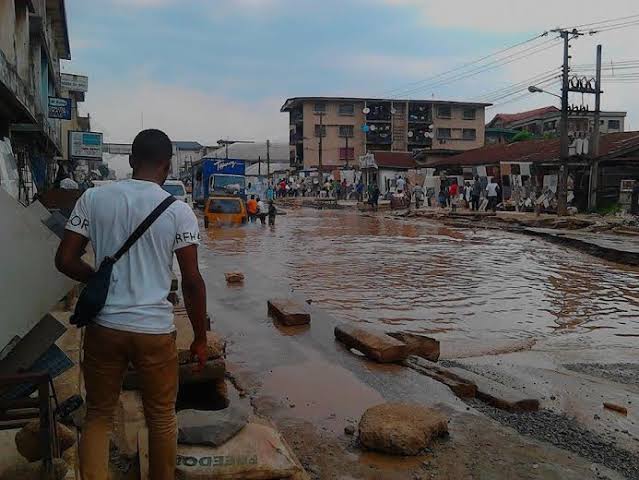 Last week, a customer of mine, who was applying his business in Aba, called me and told me that he was in Lagos. When he found his way to my office, he started telling me his plan to relocate to Lagos. As a matter of fact, he has already found a shop near computer village.

Next, he started telling me horrible stories about Aba.

When i visited my Port Harcourt office some years back, about 6 years back to be precise, the story I heard about Abacha was not the different from what my friend told me.

According to them, the journey from PH to Aba is l smooth until you get to the border line between River state and Abia state. They said, you would think that’s were satan lives.

According to some people; things were cheaper in Aba. But the Roads to Aba is like the biblical roads to heaven, so hard and narrow.

My customer told me how the roads to Aba and inside Aba have frustrated business men like him out of Aba.

The once strong city, Enyimba city has not received enough support from both the state and the federal government.

Aba used to be a trade zone for manners of items; leather shoes, rubber shoes, nylon products, plastic products, already made clothes, name it, Aba was the center of it all. Aba attracted people from neighboring countries and different parts of the country.

RELATED POST:   The bell has tolled for Brother Owelle

Aba went from hot to cold. From once a pride giant to now a sleeping giant.

Aba needs a bailout from the federal government. Nigeria can not survive only from agricultural produce. It is not enough to tell people to go back to farm, the government has to tell people also to go back to their shops. We have to make our shoes, our cloths, our toothpicks etc.
Currently President Trump is bailing banks in America.

Aba is a major industrial city.