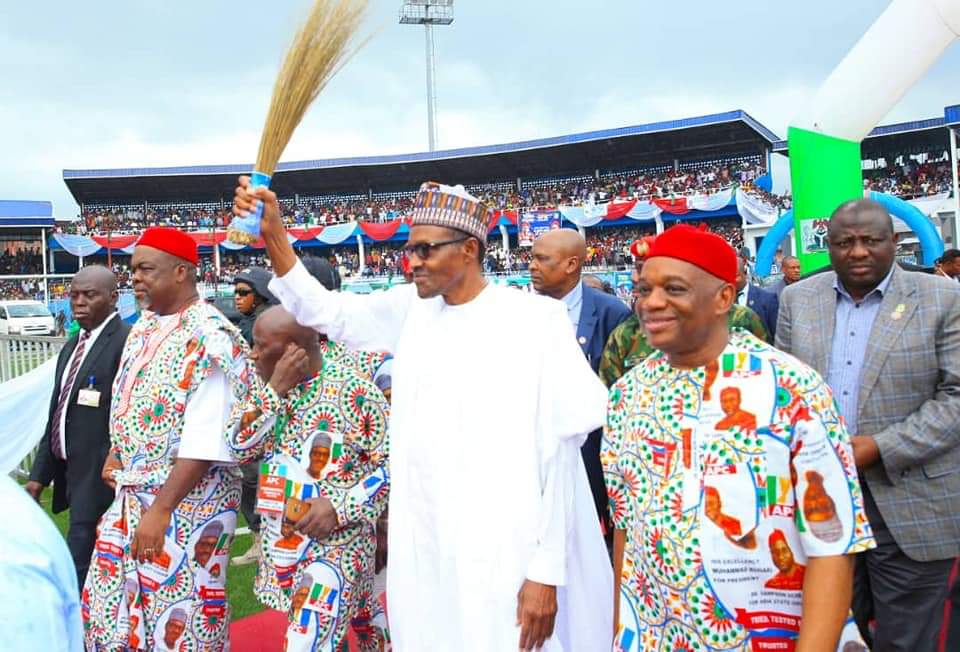 OYC in its statement noted that the victory reaffirmed Buhari’s mandate given to him by Nigerians on February 23rd 2019 Presidential elections.

The group also urged the PDP presidential candidate, Atiku Abubakar, who lost out to Buhari, to accept the outcome, adding that even though he (Atiku) has the constitutional rights to appeal the decision of the Presidential tribunal at the supreme Court.

“We accept this validation of President Buhari’s mandate as the shortest route to have an Igbo man succeed him as President in 2023”, Ohanaeze Youth said.

“It’s historic that during 2003 Presidential campaign when the then General Muhammadu Buhari was the flag bearer of ANPP with late Senator Chuba Okadigbo in Umuahia, during the 2003 ANPP gubernatorial flag off campaign of Chief Enyinnaya Abaribe, Buhari said” I’m destined to be the man that will handover to an Igbo man as President”, 20 years later by 2023, the prophecy is sure to be accomplish.

“President Muhammadu Buhari should give massive projects and empowerment to the South East as a prompt response to some few Igbo detractors who erroneously misunderstood him that he’s tribalistic, and hates Igbos,he should reward the South East with projects and we Urge Igbos to work towards getting Nigeria President of Igbo stock in 2023 by being less critic of him, it Time to genuinely build Bridges ahead of 2023.