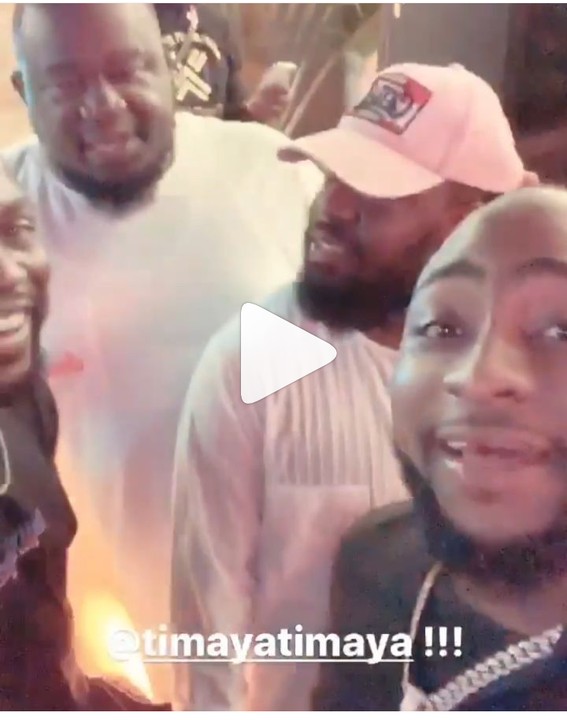 In a recent video obtained by Abacityblog, shows Davido with Timaya, Peruzzi and others, where Davido was called ”Married man”.

In reply Davido said to them “yes  am going to get married” , he further stated that he is not happy with them.

Davido said to Timaya: “am not happy with you, ” you and Soso should go and marry” as they all laugh hard while jokingly mocking each other.

Not long ago the Adeleke family and Chioma’s family had an introduction and since then, Davido has been in a happy mood.