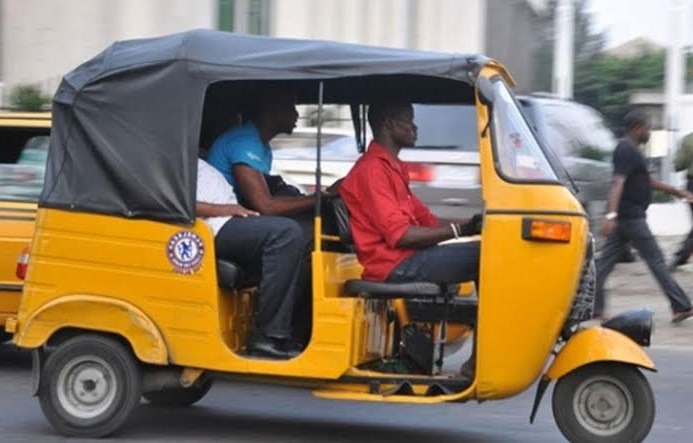 “Aba, Tricycles and the rest of us” – by Stanley Frenny

Aba is on the move, everything about it is busy, from the crowded street of Milverton to the noisy hood of Amausa with big megaphones calling out Muslim faithful for prayers in between sunrise and sunsets.

The roads too are busy, with extortion points, sorry checkpoints in between every 1km from park road to Opobo Junction and then back through Bata Junction, deliberately causing artificial traffic to ensure no Keke escapes without paying the mandatory fee of #50.

In the spirit of Aba, they devise this smartness of orally allocating numbers to the commercial tri-cyclist (Keke), so all the Keke rider has to do is scream the number allocated to him like “Officer shun sir, Number 94!” And the next tri-cyclist “57!”, the other “32 sir!” and so on.

Who wouldn’t succumb cooperate especially with the rusted riffle that knows no one pointed carelessly at your face by a lousy undisciplined cop, with Belle the size of a GeePee tank and a faded uniform with stench competing favorably with the dumpsite at Emelogu.

I can bet that Aba is a hot cake for transfer of security operatives, they lobby like their lives depends on it to “serve” in Aba, because this is about the only state that I have ever been to that extortion goes on unchecked, the confidence they use in demanding for #50 is shameful. They come prepared and always have at their kitty, “Change” of different denominations, give them #1000 and watch them comfortably dole out #950 balance to you, these ones will change dollar for you just so they can collect their non negotiable #50.

They are not in haste, to the discontent of road users. I have come to conclude that shamelessness is the first and most important undocumented requirement for being absolved into the Nigeria Police Force, then the next is the skill of rapidly and effectively counting #50 notes extorted from over 2000 Keke operators plying that route in less than 30minutes.

Maybe the federal Government should officially convert its security organizations into revenue generating agencies, especially the Police Force, they will generate much more than the Nigeria Custom is currently generating. I am most certain the nation won’t have to go cap in hand begging commercial banks for loans and making every Nigerian owe foreign countries. But then, that is not my business, I am not the Keke operator, just another frustrated road user.

My main grouse is with whoever suggested that the tarpaulin that commercial Keke riders uses to protect passengers from being drenched by rain be ripped off with the possible arrest/further extortion, officially, of any Keke found in possession of one. They argue that it’s for the security of commuters, as if during the days of Okada in Aba was any better even without any tarpaulin on the bikes.

Whoever thought of that needs psychological evaluation, strict serial tests on the person’s Cerebrum, and the Doctors who will conduct this tests should be on the lookout for any sharp object, metal or plastic in the person’s brain obstructing sound reasoning and if nothing is found, the person should be rechecked and retested until something is found because it is practically impossible to have anyone with his thinking faculty intact come up with such unintelligent reasoning.

You can imagine how helpless and hopeless commuters have become in seasons of relentless heavy downpours, typical of a rain forest; with Keke accounting for over 70% of commuters choice of intra-city transport because of its ability to maneuver every terrain, That a Government plated vehicle drives by and splashes liters of muddy water on you who is still struggling to deal with the rain drenching you in the keke, isn’t that the height of wickedness? If government is all about alleviating the plights of the masses, how is this action for pain relief? Just How?!