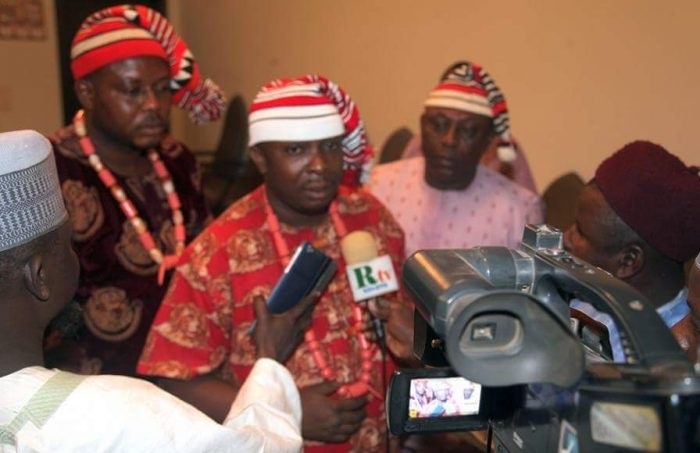 Reacting to the recent killing of an Okada rider, Mr Chimaobi Nwaogu Uzuoukwa, who was murdered in Aba, by a military officer on Wednesday, for failing to give N100 bribe.

The youth wing of Ohanaeze Ndigbo has petitioned the United Nations, UN, to intervene. This is even as the group said the military must apologize to Southeast in general over the “official assault on Ndigbo”.

This was contained in a statement signed by Mazi Okechukwu Isiguzoro, President General of Ohanaeze Ndigbo Youth Council Worldwide.

The statement reads below…

(1) Ohanaeze Ndigbo Youth Council Worldwide laud Governor Okezie Ikpeazu for His timely intervention to halt further violent Protests that would have led to reprisal attacks on the military by Biafra agitators and angry Igbo Youths over the untimely death of Mr Chimaobi Nwaogu Uzuoukwa, over the deceased allegedly refusal to give ₦100 bribe to the Military Checkpoint at Ohanze isiahia in Obingwa, 3km away from Aba metropolis, the killing of late Chimaobi Nwaogu Uzuoukwa is the height of unofficial brutality and corrupt practices committed by some corrupt military officers in their Roadblocks across the 95 Lgas to the South East, and We call on President Muhammadu Buhari as a matter of Urgency,give a Presidential matching order to redeploy all the military heads in the South East.

(2) We are shocked by the Compromised but Distorted statement marred with deceptive intentions credited to the Deputy director Army Public Relations 82 Division Aliyu Yusuf, who denied the Military involvement by allegedly saying that the killing was perpetrated by unknown gunmen in military camouflage, this is the height of official assault on Ndigbo and Urge the military to apologize to Ndigbo as we have uncovered from intelligence report that” Cpl Ajayi”is the culprit, was arrested on Wednesday trying to flee and he’s currently detained, the truth contradicts the earlier fantastic falsehood dish out by the military to deceive the public.

(3) As Ndigbo awaits the unreserved apology from the military,We wish to call aggrieved persons,Youths and Biafra agitators to shelve off any planned violent Protests or reprisals attacks as Abia State Government had brought succour to the deceased family, and there’s no need to retaliate against the Military over few bad eggs, through Violent protests, We believe that our 12 pages petitions to United Nations, and Africa Union on the unprofessional misconduct and corrupt practices by the military in the South East Nigeria, the excesses and genocidal tendencies of the military must be sanitized.

(4) Igbo Youths mourn Mr Chimaobi Nwaogu Uzuoukwa, who was brutally murdered by the military, and ask God to Grant the family the fortitude to bear the loss.