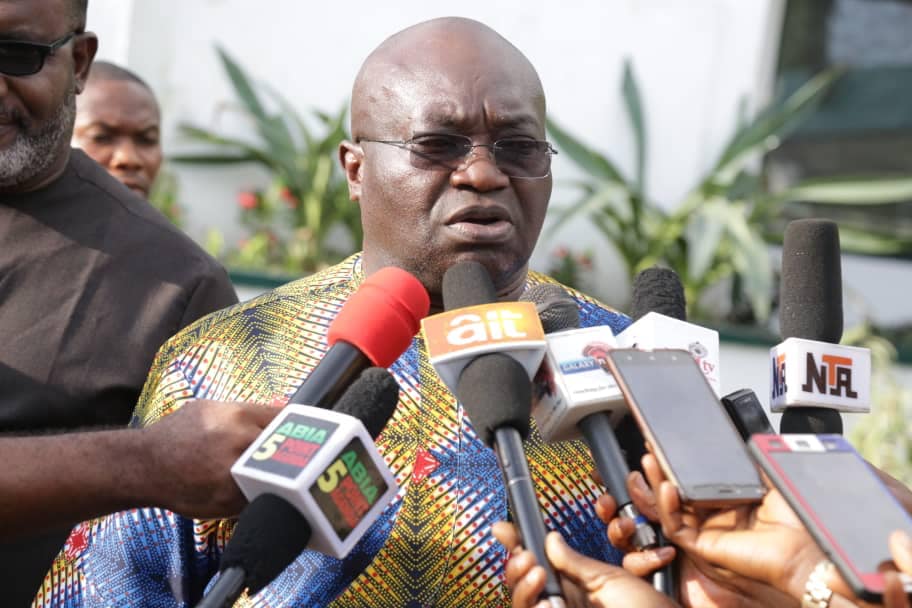 Abia State Governor, Dr Okezie Ikpeazu, on Thursday visited the family of Late Chimaobi Nwaogu, the commercial motorcycle operator, reportedly shot dead by a trigger-happy soldier at Umuokereke-Ngwa village in Obingwa LGA of the State, over refusal of the Late Nwaogu to part with N100 bribe allegedly demanded of him by the military men at Ohanze military checkpoint.

Governor Ikpeazu who informed the family of the deceased that the killer-soldier along with two of his other colleagues have been arrested, commiserated with the family of the slain man and announced that government would take care of the family left behind.

The Governor who described the killing of Mr Chima Nwaogu as an act of cowardice reiterated his commitment to the security of lives and property of Abians, assuring that further investigations into the killing are ongoing.

“This is one killing we will not allow to be swept under the carpet. Such incidents must stop in Abia. I therefore urge the youths of obingwa and, indeed, every area in Abia State, to remain calm, peaceful and go about their normal businesses while we deal with the situation according to the laws of the land. Be assured that justice will be served”, the Governor declared!

Also speaking, the State Commissioner of Police, Mr Ene Okon, who accompanied the Governor on the visit, expressed regrets over the sad incident and promised that everything is being done to ensure that such does not happen again.

Speaking earlier during the condolence visit, the uncle of the deceased, Mr. Nwanguma Nwogu narrated how his nephew, the late Chimaobi Nwogu, on refusing to give the sum of one hundred (N100) naira to an army officer at a check point in Ohanze fled to his hometown in Umuokereke Ngwa while being pursued by the army officer in question who later shot him dead from behind.

According to him, the incident was promptly reported to the Divisional Police Officer who swung into action and dispatched his men to the scene of the crime.

It was gathered that the death of late Chibuike Nworgu, aged 30, who left behind an aged mother, wife and two children sparked a peaceful demonstration at Ogbor Hill Area of Aba on Wednesday which paralyzed business activities in the area.