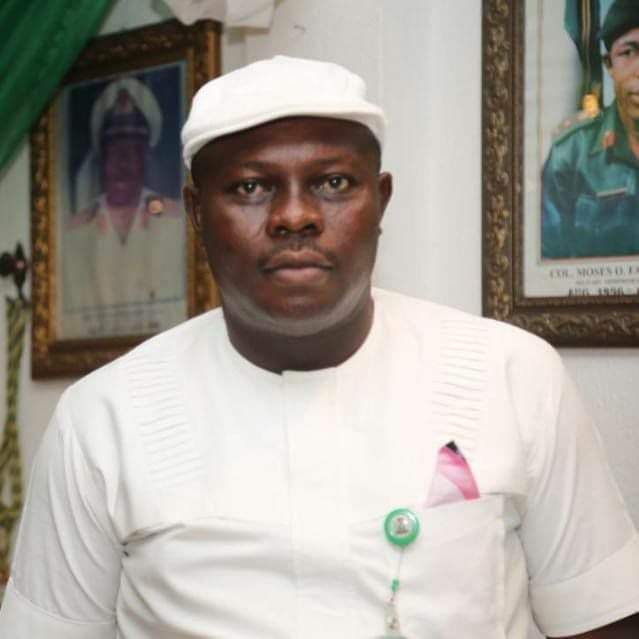 2019 Election: Expectations From The Media – By Ifeanyi Okali

It was Thomas Jefferson who declared: “Were it left to me to decide whether we should have a government without newspapers or newspapers without government, I should not hesitate a moment to prefer the latter”. This goes a long way in highlighting how critical the media is to the sustenance and survival of any democratic government in the world. A government without newspaper could be likened to that beautiful Porsche car, equipped with state of the art gadgets, radiating comfort and affluence, with a perfect touch of interior and exterior deco, yet no single kilometer road to move it from one point to the other. It becomes stagnated, under-used and near valueless.

With barely five days to the 2019 general elections, the media must be reminded uphold the needed professionalism in making the process chaos free and not heated up by unguarded statements. The media has four cardinal roles to make a democracy robust, potent and functional for the overall good of citizenry. It plays the watchdog role, acts as information tool to help the populace make informed decisions, do the job of agenda setting ie serve as a forum for discussion and debate among citizens and be the peace and consensus builder and not a tool for division and hate. This has led to it being termed the “fourth estate”.

In a previous article, I was concerned about how Online Media Practitioners under the auspices of OMPAN could help keep the cyber space sanitized by not peddling fake news and hate speech in the discharge of their functions. The mainstream media, which millions of our people depend on on daily basis to source information must not betray this trust reposed in them by the people.

They should at all times maintain accuracy, objectivity and balance in their reportage. Scandalous slanting of news in favour of one individual or political group against the other makes such media houses to lose listenership, viewership and readership. This does not tell good of a professional news outlet. The journalists should put aside their personal opinions from the news material and feed the people with the factual and unbiased information.

The media should not be purveyors of hate speech and fake news, which we have seen ignited huge crisis around the world, set kingdoms ablaze and destroyed several lives. At a point when the media in Nigeria enjoys a great deal of freedom, abusing such opportunity will only be a setback that will do no one any good. Nigeria is the only country we have and the media plays a strong role in getting the people united in a multi-ethnic society like ours. If there is no Nigeria, will there be a media house?

On Air Personalities (OAPs) must be mindful of what they say and also how they say it. They should be reminded that they communicate to millions of people who have diverse level of education, understanding, interpretative ability and above all various religions and tribes. These two are very sensitive in our society and always treated with absolute carefulness. Castigating people of other religions or tribes on the basis of their political alignment could only be invitation to anarchy.

Analysts and commentators should bear in mind that stoking the embers of hate and unguarded utterances while on air is an invitation to a fire that will spare no one. Media houses should seriously moderate the activities of their guest analysts and commentators in such a way that the duty of mass media is not relegated to ethnic bigots and religious fanatics.

The National Broadcasting Commission (NBC) had recently wielded the big stick on three national television stations for violating the broadcasting code in the course of the political campaigns. Local fm and television stations must learn their lessons. Making their platforms a channel from where all forms of politically, religiously and ethnically charged contents emanate is not in the best interest of the country.

Same applies to newspaper columnists and opinion writers. Churning out contents that will jeopardize the corporate co-existence of the country in the name of freedom of speech is the highest act of unpatriotism and should be discouraged. Editors should not hesitate to discard such contents to keep our land safe from rancour.

It is heart warming that the electoral umpire, INEC has held series of meetings and training sessions on best electoral coverage techniques. This is timely considering the period we are in. I’m optimistic that it will be a veritable guide in electoral reportage.

The media has no doubt steadily enriched our democratic culture through voters’ education which has led to a geometric increase in the number of registered voters from about 68 million in 2015 to over 84 million this year. The media throughout the Continuous Voter Registration (CVR) exercise that commenced in January 31, 2018 was not only visible but was seen to be. Journalist were watching the process, like a farmer watches and waters his crops, moving from one registration point to the other with little or no motivation, giving minute by minute reports.

This laudable achievement must be consolidated upon even as the elections approach with a jet speed. The media should bear in mind that during the actual voting and declaration of results, the people look up to them to know what the outcomes are. They must resist the temptation of releasing any result that does not originate from INEC as the only body authorized to do so. They must resist the pressure from political actors who want to use them to cause mayhem by announcing fake results.

As I conclude this piece, the media has no doubt been an active partner in making our democracy work over the years. Despite the barrage of environmentally imposed hurdles militating against the ease of operation of the media in Nigeria, the fourth estate has steadily shown resilience and doggedness in keeping on despite all odds. As these crucial elections approach, I appeal to the media to shun partisanship and embrace professionalism and global best practices in electoral coverage for the overall good of citizenry.