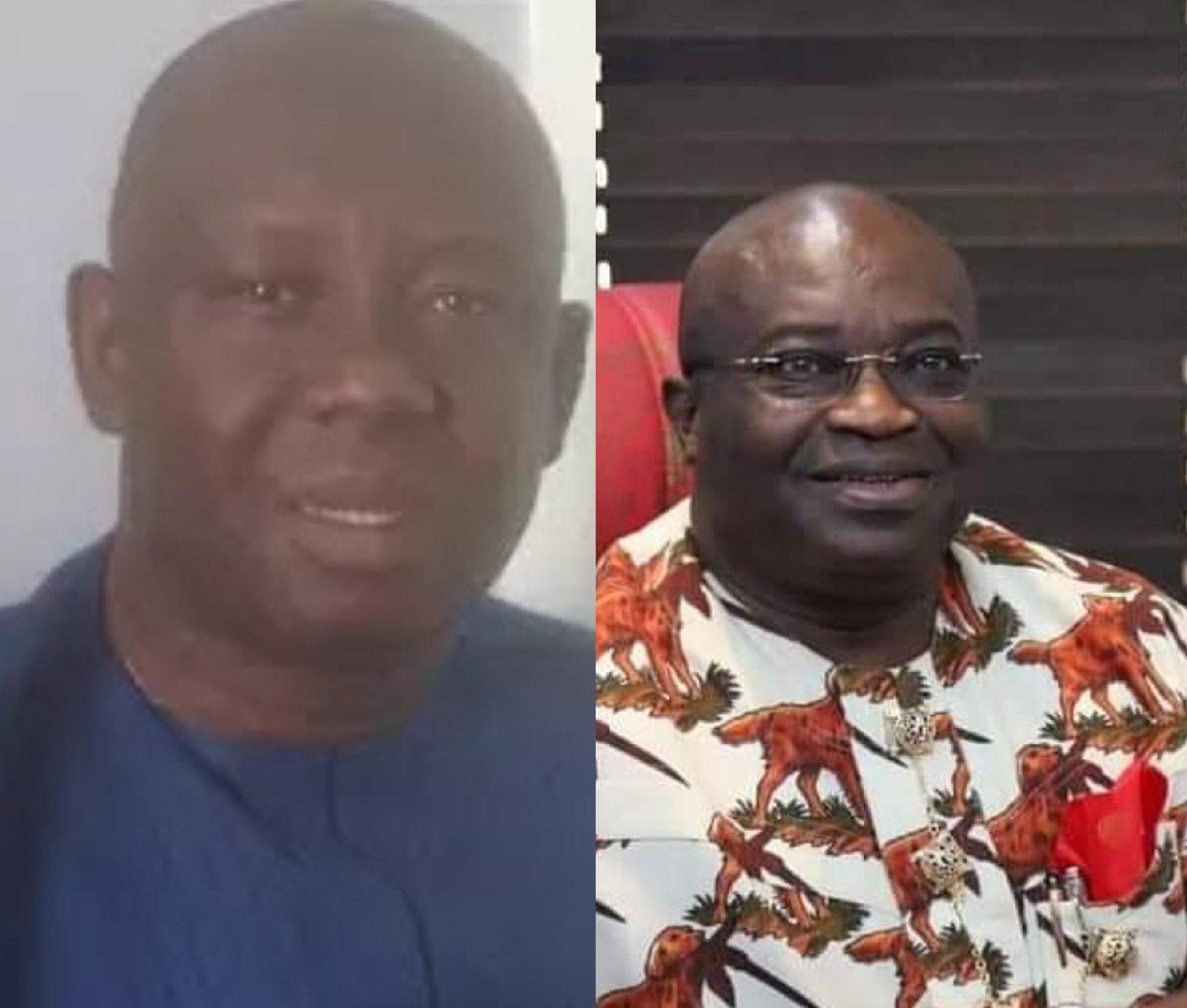 BREAKING: Abia APC calls for Ikpeazu’s withdrawal from guber race over This..

The Abia State Chapter of the All Progressives Congress (APC) has called on the state governor, Dr. Okezie Ikpeazu to quickly withdraw from the gubernatorial race.

APC while citing the promise the governor made that should he fail to complete the Osisioma Flyover he started, he will not present himself for re-election, urged him to do as I said.

They urged the governor to be a perfect gentleman and keep to his promise as the whole state is littered with abandoned projects that has turned both Aba and Umuahia into ghost towns.

Comrade Benedict Godson, Abia APC spokesman while addressing journalists in Aba said that few drops of rain has sent a clear message to Abians that Ikpeazu has been rigmaroling on Abia roads for four years now.

Godson likened the condition of Abia to situation to puting a square peg in a round hole and urged Abians to rewrite the history of the state come March 2nd by making sure that Dr. Uche Sampson Ogah becomes the round peg in a round hole.

He lambasted the Commissioner for Finance, Mr. Obianna Oriaku who was on Aba based radio station on Wednesday alleging that Abia has been shortchanged by the federal government in the disbursement of bailout fund and Paris Refund.

The APC spokesman said that it is pathetic that instead of the Commissioner to advise his principal to grow the Internally Generated Revenue (IGR) of Abia he was busy blabbing about bailout and Paris Refund which was just an unexpected source of income.

Godson said that it’s pitiable for a man who has seen all that Federal Government has done in Abia including the Ariaria Power Plant and the new looks of the Federal Roads to claim of been shortchanged by Federal Government simply because they couldn’t built sound economy after four years.

His words: “I don’t know on what basis Ikpeazu is asking for re-election. It has become very ridiculous to always hear him speak like a man talking to himself in his dream about the effects of his so called 5 pillars of development and its enablers.

“Which one has he achieved? Is it on infrastructure, agriculture, trade and commerce, health, education, salaries payment or judicious and efficient management that he has made Impact? It has been four years of administrative cataclysm in Abia.

“Why is he trying to go back? To loot our state dry or what? I remember he once claimed that if he fails to complete the flyover at Osisioma, he cannot present himself on the ballot. I also remember how he boasted that every candidate should paste their posters of their works.

“My question is where are his works? They totally squandered the gracious bailout fund given to them by the Federal Government, they misused and diverted three tranches of the Paris Refund as it has become obvious, now they’re crying that they’ve not gotten the last tranche to squander as usual.

“These people should be ashamed of themselves. Are they now saying that if Paris Refund has never come to be, that Abia will remain stagnant? They have Federal Allocations, they have internally generated revenue.

“For God sake these people have a place like Ariaria here in Aba! With all the multiple taxation they inflicted on traders and other business people they cannot even raise a kobo to take care of governance.

“Today, Okezie Ikpeazu is now going on air looking for sympathy votes, crying and making jingles that he should be allowed to complete two tenures in the spirit of equity and not even on performance. This is laughable I must say. How can you bring equity to dwell on the altar of mediocrity and abysmal performance?

“What kind of a governor will serve a state for four years with terribly dirty scorecard and then turns around to demand a re-election simply because he’s from Abia South? That’s not the Abia we want.

“We want a government that says what it means and means what it says. Enough of this mediocrity. They must tell us what they have done that is visible not gathering people to tell stories about Brazil and China all the time.

“It is not everybody that can fit into the niche of a governor. A man cannot answer another man’s call and you expect him to deliver. How can he deliver when he never envisaged being there. He will remain confused because he wasn’t prepared to near there.

“This is why APC is offering Abians a Godsent and prepared man, Dr. Uche Sampson Ogah who will dry our tears and put back smiles on our faces after all the truamas and sufferings we must have endured under PDP as a state.”

Speaking on the next Saturday’s presidential election, Godson said that voting for the PDP candidate, Atiku Abubakar is just a total return back to Egypt.

He urged Abians, especially shoemakers in Ariaria who are currently enjoying 24 hours electricity to come out and vote the president that made it possible as one good turn deserves another.

The Abia APC spokesman went further to say that information reaching them had it that the PDP has been gathering some NYSC members who might serve as ad-hoc staff of the Independent National Electoral Commission (INEC) in a bit to make them loyal tools of the party in the forthcoming elections.

He said: “We wish to advise NYSC members who may play roles in this election either as INEC ad-hoc staff or whatever to remain neutral and don’t allow these bad eggs to deceive them because we’ve been getting information about several meetings between Abia Corp members and members of this already drawing administration of Okezie Ikpeazu.”