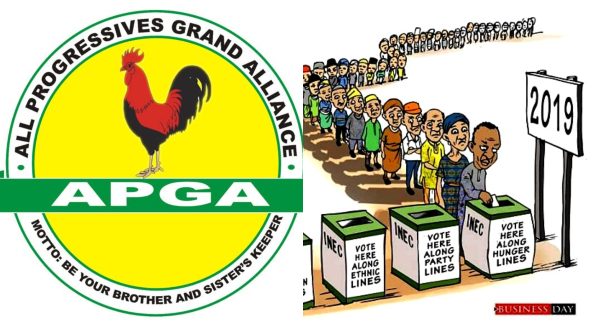 You do not do the same thing over and over and expect a different result. This eternal truth rings home especially for Nigerians on the eve of the 2019 general elections. To whom do the electorate entrust their mandate for a just, economically-strong and balanced federation?

Zeroing in on the most powerful office and star contest, the presidential poll, there is no issue that President Mohammadu Buhari/APC and Alhaji Atiku
Abubakar/PDP are the leading candidates; with APGA’s Dr. John Gbor ranked the third contender. Strangely, however, the two frontier aspirants do not measure as the more qualified of the about 65 presidential candidates.

Six years of Buhari’s combined reign as military Head of State and civilian resident have given rise to the controversy of a provincial leader; e patriotism above the rule of law. After four years in power, the APC is better defined as a political party that reneged on many of its campaign promises.

In some ways, the PDP’s Atiku Abubakar comes across as an unserious political leader. It says a lot about Abubakar’s focus and consistency that he has changed political parties five times in the present fourth republic. The eight year Obasanjo – Atiku presidency is widely indicted for squandering the country’s second oil boom earnings; and riding to victories on flawed elections.

Our view on the unsatisfactory record of the PDP and APC presidential candidates and their respective parties is underscored by the dispassionate assessment of two respected opinion leaders. John Cardinal Oneiyekan is quoted in ThisDay of 3rd December, 2018: “we are faced with horrible tragedy of a choice between two well-known undesirable [Presidential] candidates”. More emphatically, Professor Wole Soyinka tells us: “I find both the APC and PDP worthy of absolute rejection. It is time for a totally new direction” [The Punch, February 1, 2019].

Loading...
RELATED POST:   Stay Away From Hope Uzodinma, You have nothing Positive to Offer - Okorocha's Kinsmen warns Him

We agree with the Nobel laureate that the agenda of a third force in the 2019 presidential election is now one of immediate and practical necessity. And we think that no other political association fits this bill as handsomely as does the All Progressives Grand Alliance’s John Gbor.

The APGA’s Gbor offers the nation a break from the imperial, palace mentality rule that has held the country down. The APGA stands in the middle as the only of the first generation parties that has not been part of the prodigality at Abuja; and the only party among the prospective third forces, with sufficient experience in governance.

Free of any political baggage, Gbor’s thirty-five years of distinguished service in the military precedes him. Commissioned army lieutenant April 29, 1976, he rose to major-general in 2003, retiring with honours September 30, 2004. In that darkly era of military coups and aborted coups, it is notable that officer Gbor resisted the lure of power adventurism and stuck to professionalism. Such uncommon discipline and focus will no doubt come handy in instilling sanity into the processes of presidential administration.

On the task of good governance, an APGA presidency cannot be unmindful of the impressive standards the APGA has set in government. Anambra State under Govenor Willie Obiano has seen significant value additions in the socio-economic spheres of development. In just one year at the Senate, Senator Victor Umeh has raised the bar of legislative representation with a touch of committed advocacy.

Although every political party stakes claim to an ideology, only the APGA among the other smaller parties in the presidential race, has shown interest in living its ideology. Formed in the struggle to widen democratic space and achieve geo-political balance, the APGA looks set to remain a voice against marginalization in the foreseeable future. Consistent with the party’s push for redress of imbalances at the 2014 national conference and 2019 presidential manifesto, an APGA presidency is as good as bound to the restructuring process.

Notwithstanding the APGA’s strategic advantages over the smaller parties, it would be naïve to expect their adoption of Gbor as a common candidate. Aside the shortness of time, the instinct of self preservation is not one you can ignore easily.

But the electorate can make all the difference. Given that the appraisal by the aforementioned elder statesmen represents the aggregate public opinion, the citizenry need not wait for the political parties. It would not do to whine about failure of leadership and refuse to take remedial action. A vote rally for the APGA’s John Gbor will activate a new beginning for Nigeria.