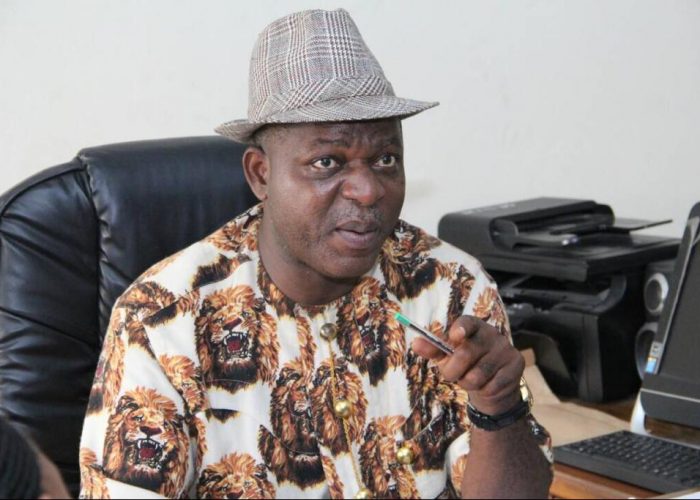 The Abia State Commissioner For Information, Chief John Okiyi Kalu, has break down the list on how Governor Ikpeazu expended the state revenue, including funds from the federal government for the development of the state.

In a post titled; “Management of bailout, Paris Club refunds and the lying opposition in Abia State”, Kalu, noted that Gov Ikpeazu has spent so much on infrastructure.

He was reacting to allegation by the APGA governorship candidate in Abia, Dr. Alex Otti, who alleged that the Ikpeazu’s administration squandered funds received from the federal government, including loans, Parish club refund and Bailout fund.

Reacting to Otti’s allegation, Kalu, said the APGA guber candidate is a fat lair, who feeds the gullible of his followers with lies.

Kalu said; “It is a fact that the factional candidates of APGA and APC in Abia State are election period politicians who arrive Abia only during elections to try their luck.

“They depend mostly on the lies and half-truths peddled by their social media hirelings for information on the affairs of Abia State even when official sources are available.

“Sadly, even those they hire are mostly not based in Abia State, hence, they feed their supposedly knowledgeable employers with crap on almost all issues that tickle their fancy. These employers then in turn propagate and process such falsehood as information for their election campaign materials.

“As expected, the factional APGA Governorship candidate, Mr Alex Otti, granted a non interactive radio interview to Magic FM, Aba, and proceeded to make a mockery of himself by presenting the FAKE information given to him by his obviously half educated hirelings on the management of Bailout funds and Paris Club refunds by Abia State Government.

“Recall that it was the same folks that apparently gave Otti the misleading information that “Ikpeazu has done nothing” until he arrived the state to launch another of his usually ill-fated campaigns to acquire the office of Governor of Abia State with “red eyes”.

“During the Governorship debate organized for candidates by OMPAN in January, Otti admitted for the first time that he personally visited, verified and used 59 roads done by Governor Ikpeazu out of the 70 road projects already completed by the Governor.

“Since then, Otti has re-engineered his favorite pastime of lying to Abians for their votes; his latest being his false claim that Governor Ikpeazu “wasted and squandered bailout and Paris Club refunds to the state”.

“Let’s put the records straight and allow those involved to verify the factual accuracy of our position.

Abia was among the states that received bailout facility from the Central Bank of Nigeria in 2015. The state applied for N39bn to enable her settle outstanding salaries, pensions and gratuities owed workers in the state but only N14.152bn was approved and availed the state whereas neighboring Imo State received N20bn and many others much more.

In line with the transparency approach to governance by the Ikpeazu administration, after the receipt of the first intervention (bailout) fund, Abia State government constituted a committee made up of the different labour union leaders, namely NLC, TUC, NULGE, NUP, NUT and Joint Negotiating Council, for the management of the funds. The committee therefore took charge of the disbursement of the funds to various areas of greater needs and exigencies as determined by them.

Indeed, the exercise was conducted devoid of government intervention as 100 per cent of the funds received were expended in the servicing of workers’ payments. This exercise was (by all known standards) transparent and applauded even by the ICPC, which singled out Abia and two other states for their transparency in the disbursement and utilisation of the fund.

It is important to note that the bailout facility is not a freebie from the federal government as wrongly posited by those who ought to know better. It is a loan from CBN with 20 years tenure and since then Abia has been paying about N80m monthly to service the repayment obligation.

The state received first tranche of Paris Club refund of N10.6bn and dedicated 50% of the money, N5.3b, to the payment of outstanding workers salaries and wages.

In addition, the state government further disbursed an additional N600m to augment the payment of workers’ salaries and wages. Thus, a total of N5.9bn was spent therein while the remaining N5.3bn was appropriated as follows by the state house of assembly:

i. Construction and repair of roads = N1.7 bn

Abia received another N5.7bn as refund and the organized Labour-dominated committee disbursed it as follows:

Overall, Abia received a total sum of N22bn from the Paris Club refund and deployed N14.8bn of it to service workers/pensioners’ wage bill. This translates to a commitment of more than 67.22% of total receipt to service workers’ salaries and pension.

To date, Abia is yet to receive another tranche of Paris Club refund from the federal government even though other states have received theirs. We are hopeful that we will soon receive the 4th tranche and use that to support parastatals and pensioners in settling their outstanding wages as workers in our 74 state MDAs are up to date.

It is important to equally note the following:

1. Statutorily, the state government is directly responsible for the payment of wages of workers in our MDAs, and as at today, they have all received December 2018 wages and payment of January 2019 salaries have already commenced.

3. The leaders of organized labor in the state are alive to testify to these facts and, indeed, have long applauded the Governor for the transparent and judicious management of the bailout and Paris Club refunds. We invite them to come forward and contradict the government on any assertion made here or disown Otti’s misinformation that they squandered the bailout and Paris Club refunds.

With regards to the noise about the debt profile of the state, again it is laughable that even when factual information is freely available our supposed educated politicians will rather not review or seek the right source but prefer to invent figures and throw about. If anyone wishes to know exactly how much is the loan exposure of the state the person should simply contact the Debt Management Office (DMO) Abuja that previously questioned Otti’s understanding of debt management and asked him “Are you for real?” after one of his misleading interventions in debt management issues. Alternatively, google the figure from DMO.

For the avoidance of doubt, no state government can borrow without approval from DMO and records available with DMO show that Abia is in double green in terms of loan exposure.

That Mazi Otti continues to refer to Paris Club refunds to the state as loan taken by the state government is a tragedy of monumental proportion coming from a supposed economist.

State governments are also not permitted to borrow from commercial banks without approval from DMO. Where then is the so called heavy exposure coming from?

As Election Day approaches, we advise Ndi Abia to ignore the lies and propaganda of desperate politicians and their hirelings who are prepared to defeat satan in lying contests.