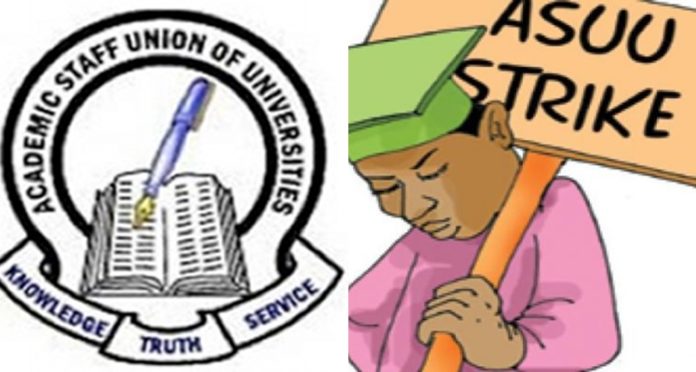 The Academic Staff Union of Universities (ASUU) has announced a conditional suspension of its nationwide strike.

This comes after a series of meetings between top government officials and members of the union.

With the suspension of the strike, ASUU has now directed its members to return to classrooms with immediate effect.

The Guardian reports that the President of the Union, Professor Biodun Ogunyemi, who addressed a news conference at about 8:30 pm Thursday night, breaks the news after another round of meeting with the government delegation, led by the Minister of Labour, Senator Chris Ngige.