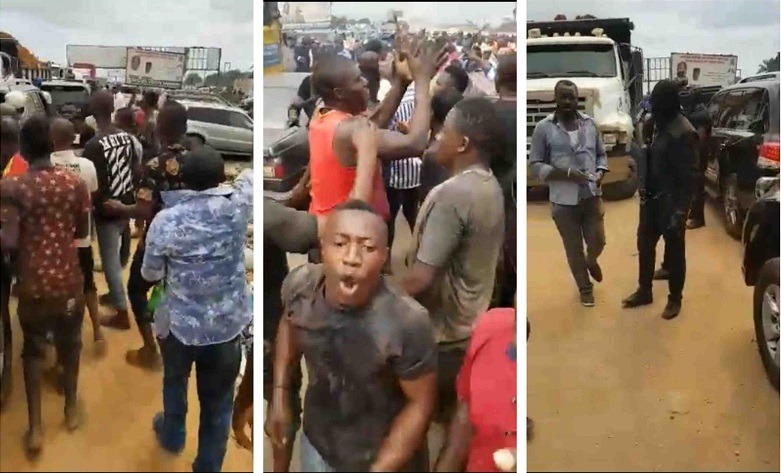 There was a pandemonium yesterday as members of the Indigenous People of Biafra (IPOB) blocked the convoy of the All Progressive Congress, APC, governorship candidate in Abia state, Uchechukwu Sampson Ogah.

The protest happened as Uche Ogah and his campaign team reached Alaoji, Aba in Abia state while coming back from the Campaign.

The protesters were chanting solidarity songs, in supports of their leader, Mazi Nnamdi Kanu, who had ordered the members to boycott the 2019 election.

In a separate chants, the IPOB members described Kanu as another saviour, and as someone who is Holy; ‘Holy, Holy, Holy, Nnamdi Kanu Is Another Saviour’, sang the protesters.

It took the intervention of masked Policemen for Ogah and his team to have a safe passage as the protest caused traffic gridlock.

Watch the video below;

Below are the eleven states the members of Indigenous People of Biafra, IPOB, are demanding for election boycott in the forthcoming election.