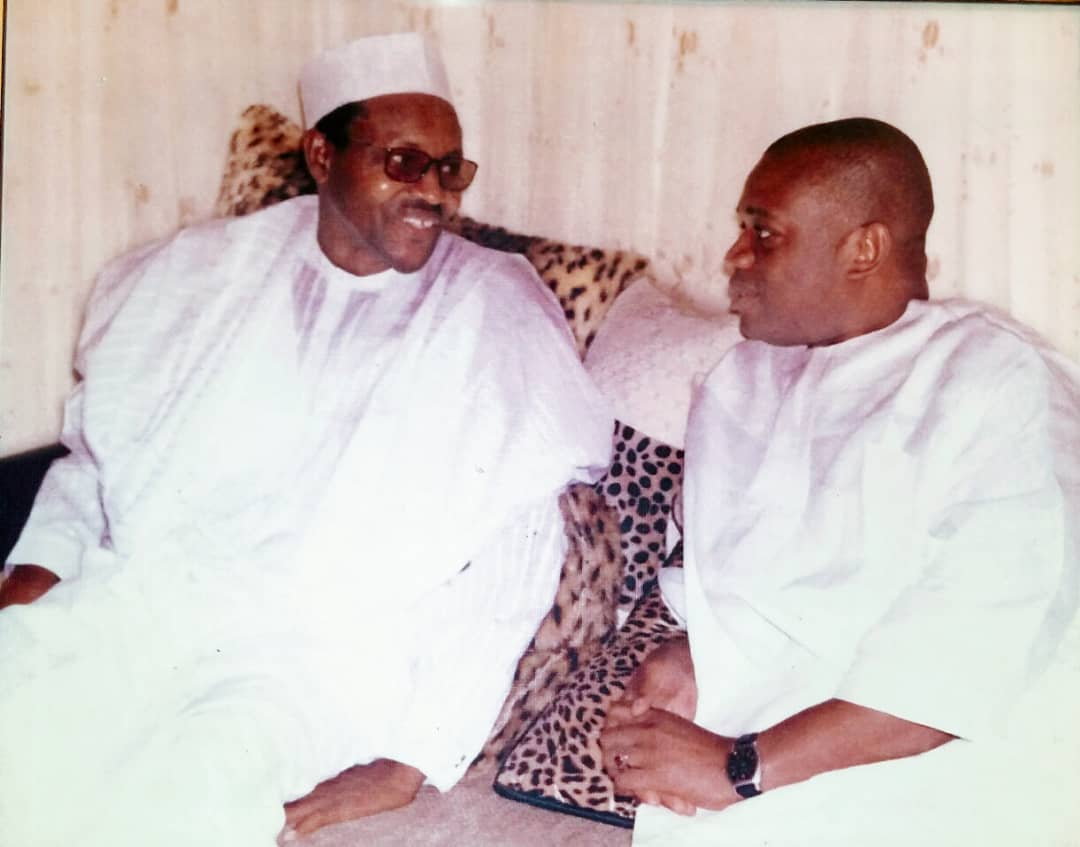 Former Governor of Abia State and Chieftain of the APC Dr. Orji Uzor Kalu caused a stir online when he recently shared a throw back picture of him and President Buhari.

The Abia-North Candidate of the ruling All Progressive’s Congress shared the picture which according to him was taken 18 years ago when President Buhari visited his Igbere home in Abia State.

According to the post on his official twiiter handle @OUKtweets Dr. Kalu stated that he’s relationship with President Buhari spanned over 30 years he described President Buhari as a man of “impeccable character”, contrary to public opinion that he joined the APC due to his court case.

He wrote: ” 18 years ago I took this photograph with our dear President @MBuhari in my Igbere home. My relationship with him spans over 30 years,politics aside. It’s no surprising we are on the same political side @APCNigeria & he remains the man I knew “a man of impeccable character”.

The tweet has since generated a lot of reactions. 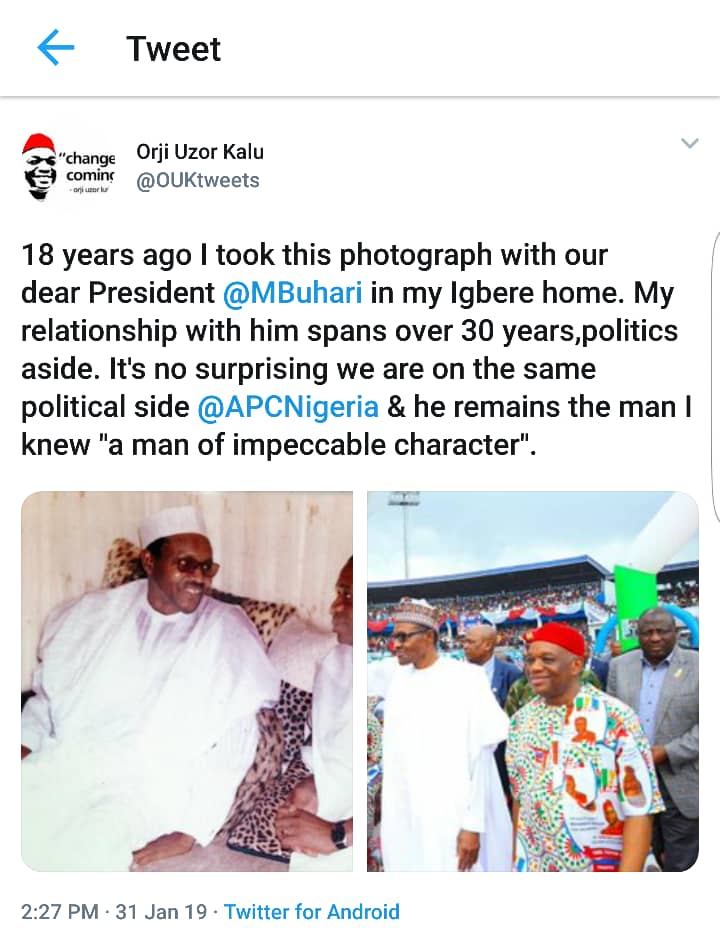 Published in People and Politics