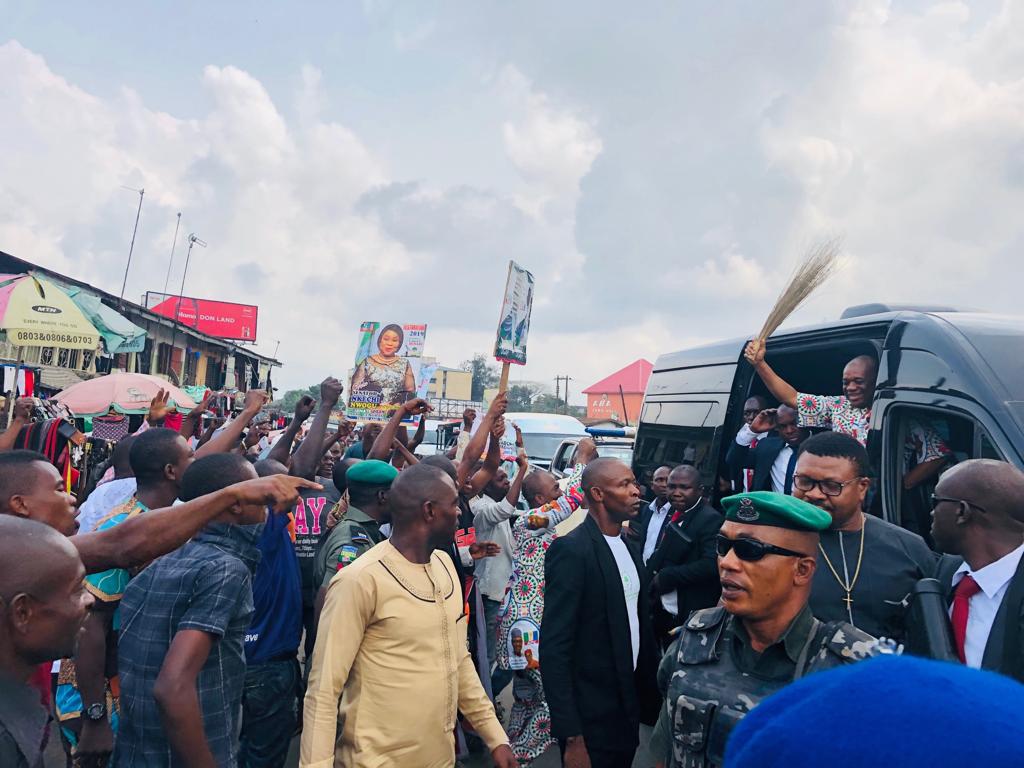 There was a tense political climate in Nkporo as Kalu’s ward to ward campaign train caused the people of Nkporo to express their disenchantment over the PDP governance in Abia especially Hon. Oko’s style of leadership in the community. Stakeholders of Nkporo who spoke at Kalu’s rally enumerated the evils meted on Nkporo citizens . This revelations angered the people who took turns to lay curses on the deputy governor for his atrocities including illegal seizure and acquisition of their community lands among others

Trouble started when Kalu’s convoy was leaving Nkporo after the campaign only to run into thugs armed with guns and dangerous weapons . The thugs suspected to have been stationed by the deputy governor to embarrass Kalu tried attacking Kalu and his campaign team but was overpowered and given a run by the security aides attached to Kalu

At the time of filing this report there was no casualty recorded . This would be the second time Kalu’s campaign team and supporters were attacked by organized thugs and suspected agents of opposition party

Reacting to the incident, the Special Assistant to the former governor , Peter Eze , condemned the act and cautioned supporters of PDP and all law-abiding citizens to desist from any form of violence being fuelled by unlawful associations and individuals.

According to Eze, any law-abiding citizen needs to respect a peaceful atmosphere and campaign for the February polls . He said Kalu as governor between 1999-2007 did a lot to stop loyalists and all youths especially his numerous supporters from engaging in any activity that would endanger political associations , adding that others should emulate Kalu’s political style .

He however directed all loyalists especially youth leaders to enlighten all grassroot supporters about the benefits of peace in relations to all political gatherings.