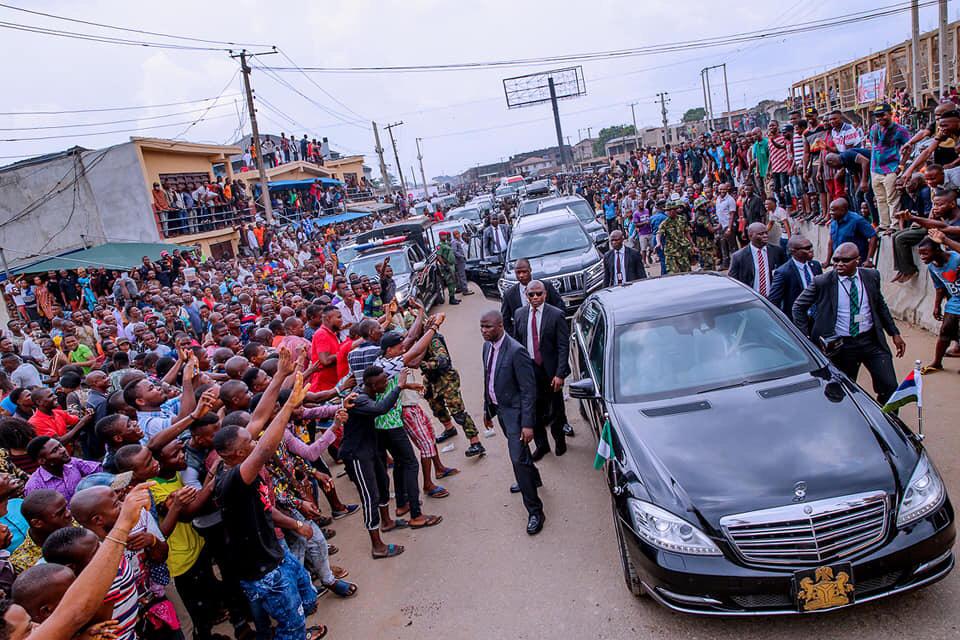 Despite statements that President Muhammadu Buhari hates Ndigbo, and thus, might not be welcomed in South-East region, especially Abia State, the home of Mazi Nnamdi Kanu, the leader of Indigenous People of Biafra, IPOB.

The endorsement took place at the king’s palace at Eziama Osusu, as President Buhari visited Aba for presidential campaign and commissioning of the “Ariaria Market Independent Power Plant”, (IPP)

Eze Ikonne, who called on all indigenes of Abia State to vote for the All Progressives Party, APC Presidential Candidate, said the Igbo people would remain loyal and committed to President Buhari for the payment of pensions to ex-Biafran security personnel and for the administration’s policy on ease of doing business which, the traditional ruler said, had benefited the Igbo more than any other ethnic group.

He also referred to the massive infrastructural development going on throughout the southeast as another reason for endorsing President Buhari.

“You love Nigeria and you need to return to consolidate your fight against the monster of corruption and to take us to the Next Level.

“I want to assure you that Aba and Abians and indeed all Igbos will massively vote for you,” the royal father told the President as he raised his hand and proclaimed him winner of the coming presidential poll.’’

In his response, President Muhammadu Buhari promised he would continue to give priority to infrastructure in the region as impetus to the spirit of industry, hard work and competitiveness for which the Igbo are known.

“They deserve more and more infrastructure to further excel,” the President said.