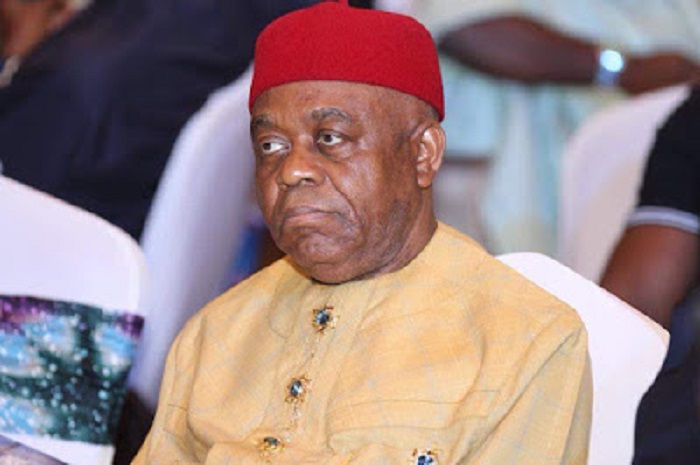 T A Orji and son Plots to embarrass Buhari in Abia

A chieftain of All Progressives Congress (APC) Chief Peter Ndukwe has raised alarm over plots by the governor of Abia State Okezie Ikpeazu, ex governor TA Orji and his son Engr Chinedum Orji to use thugs to embarrass the party’s presidential candidate, President Muhammadu Buhari who is scheduled to hold his campaign rally in Aba , Abia State on Tuesday January 29, 2019

Ndukwe said the APC Campaign has got wind of a plan to use thugs and hooligans to throw stone and sachets of pure water at the Buhari team when it arrives Aba stadium ,Abia State on Tuesday .

He said although the APC Campaign team has alerted the country’s security agents of the plots , the party views the plans of the governor and his partners as unnecessary desperation.

According to him, the PDP led State government plans to cause a breach of peace by paying agents to disrupt the rally and then accuse the president and the APC of lacking popularity in Abia State

He said any attempt to use thugs to embarrass Buhari in Abia State is against the intent of the good people of Abia State whom he said are in high spirit to receive the president . He warned that such negative action is an open invitation to unrest in Abia.

The chieftain appealed to the Inspector General of Police, the Director General of DSS and the National Security Adviser to take urgent action to halt anarchy from creeping into the campaign.