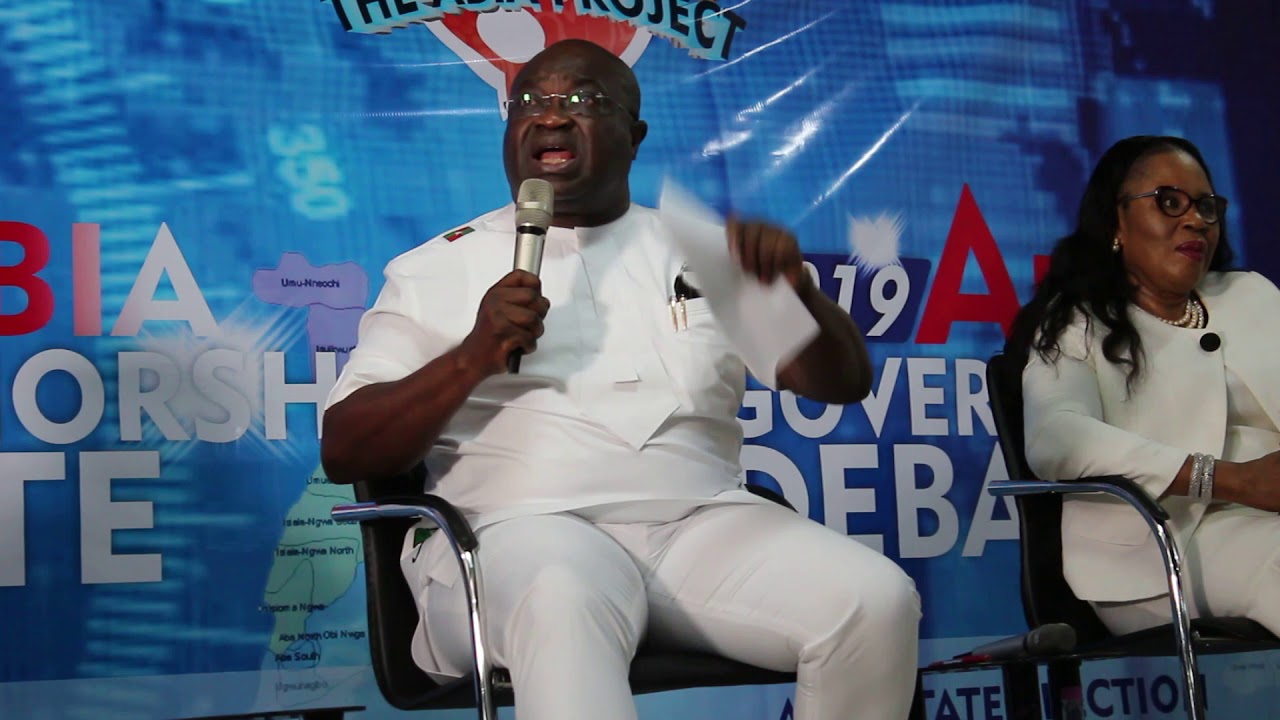 Governor Okezie Ikpeazu of Abia State had, during the Abia gubernatorial election debate, attributed the completion of Faulks Road in Aba as parts of his administration’s achievements for the past 3 and half years in Office.

This is even as he said, because of the durability of works on Faulks road, which, according to him was awarded to one of the best contractors in Nigeria (Setraco Construction Company), Ama-Ikonne, a place popularly known as Ugwu-mango (Mango tree) in Aba is now passable.

The governor referred to a long decade narrative which people allegedly said there is a devilish spirit disturbing the portion of the road (Ama-Ikonne), that caused the place to break-down after being repaired by the past administration.

Note: ‘Ama’, in Igbo language means ‘compound’; Ikonne, is a traditional ruler in Aba. He is one of the oldest traditional rulers in Abia State. His full name is; ‘Eze Isaac Ikonne’ (Enyi 1 of Aba)

Dr. Ikpeazu, an incumbent governor, seeking for re-election, participated alongside other governorship candidates at the debate organised by the Abia Election Debate Team in collaboration with Online Media Practitioners Association of Nigeria, Abia State Chapter.

The debate was held on 22nd January, 2019 at the Abia Hotels, Umuahia.

Other candidates who took part are; Blessing Nwagba of Social Democratic Party, SDP; Emeka Uwakolam of Accord Party.

Watch the video below as Gov. Ikpeazu reeled out his achievements and why he wants to run for a second term.