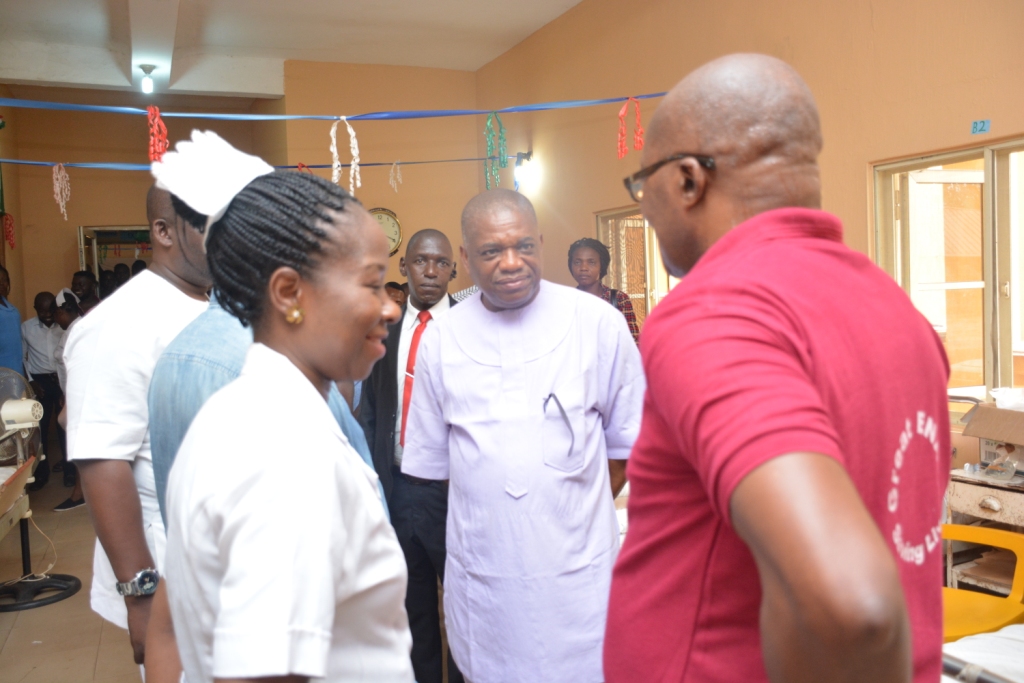 Recall that ABACITYBLOG had reported a news that the Abia North senatorial candidate of APC, Kalu, was at the hospital and he equally offset hospital bill of some patients.

But, a report by ABNTV , shows that Orji Kalu went to the hospital to check his health status.

The report said, A team of medical doctors in Federal medical Centre, FMC Umuahia on Saturday advised, Dr. Orji Uzor Kalu against straining himself further because of his health, warning that it could deteriorate further if he doesn’t heed this advise.

Source close to the former governor said that the medical experts have recommended a minimum of ten (10) days rest for him, saying that the recent heightened political activities is telling on his health and gradually showing signs of strain.

OUK, as fondly called, was meant to be in Germany for this medical checkup. However, when he explained his feelings to the medical doctors in Germany over the phone, they insisted he goes to the nearest neurologist to do the check up and forward the report to them. Our source also revealed that doctors in FMC Umuahia after observing him confirmed he cannot travel at the moment and placed him on a compulsory rest.

The source also gathered that he has also been advised not to travel on any journey above 40 minutes, warning that he must not enter the plane due to compressed air.

At the moment, the doctors will be visiting him everyday to ascertain his progress and to know when he can be fit to travel as the Germany hospital is said to be worried over the former governor’s health.