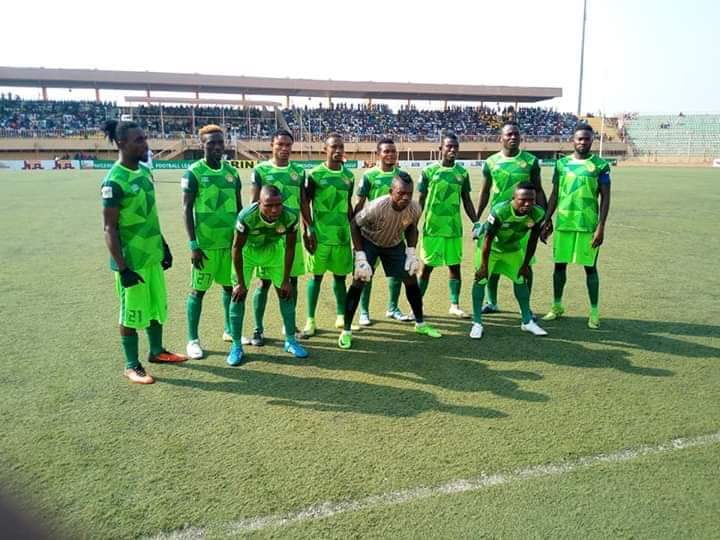 Enyimba gaffer Usman Abdullah has poured encomium on the performance of Kwara United against his wards in super Sunday’s tough NPFL encounter.

United who drew their first home game came back from behind to beat the Peoples Elephant in their third duel of the season.

And while reacting to his Boys’ defeat against the Harmony Boys, Coach Usman made it clear that United’s performance against his team was a big surprise.

He believes that Kwara United can qualify for the next CAF Champions League if they keep the momentum they used against his side.

“Honestly, I did not believe what Kwara United boys played against my team and I was so surprised because they fought like lions.

“They deserved to win the match and I want to congratulate them because the performance I saw from those players deserve to be seen on the continent,”. He explained.

Meanwhile, Kwara United are currently in Benin as they prepare to tackle Bendel Insurance in their next game on Wednesday.

The Ilorin landlords are presently topping NPFL Group A standings with 3 points, while Insurance occupy 5th position with 1 point they got in Shagamu against Remo Stars.

After 11 years of Premier League hiatus in Benin, Bendel Insurance will tackle Kwara United in their first home game this coming Wednesday.